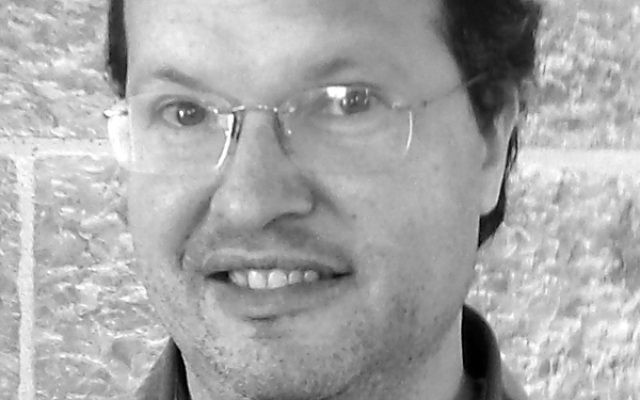 In one of the most outrageous interviews broadcast in recent memory, a UK reporter covering the Paris anti-terror rally interrupted his guest, an Israeli woman living in Paris, to claim that Palestinians have suffered greatly at the hands of the Jews. When the woman protested the conflation of the terror in Paris with the plight of the Palestinians, the reporter, Tim Willcox of the BBC, offered the condescending reply, “You understand, everything is seen in different perspectives.”

It’s shocking to hear a seemingly credible reporter infer that the terrorist acts in Paris are somehow rooted in Israel, and that saying so is a legitimate “perspective.” What’s even more shocking is that it’s not limited to one reporter.

“Willcox is not some isolated and aberrant racist; his views are the standard opinions of the European left middle class,” Nick Cohen wrote in The Spectator in the aftermath of the interview. “I meet them every day in my political neighborhood.”

Like Willcox, members of the media in Europe and the U.S. place a great deal of rhetorical value on the need for “different perspectives” in their coverage. But when it comes to applying the principle, one perspective is greatly under-represented — that of the government of Israel.

Take The New York Times, for example. According to a study carried out by HonestReporting covering the first three months of 2014, some 67 percent of Times articles during that period expressed criticism of Israel or depicted Israel’s actions in a negative light, and 55 percent of the paper’s articles lacked important context that could shed light on Israel’s actions.

During the Gaza war, when the Foreign Press Association condemned Hamas’ intimidation of reporters in Gaza, the Times’ Jerusalem bureau chief, Jodi Rudoren, issued a tweet calling the statement “Israeli narrative” and dismissing it as “nonsense.”

So if a BBC reporter at an anti-terror rally in Paris decides to randomly criticize Israel for its treatment of the Palestinians, it’s a case of “seeing different perspectives.” But if the Foreign Press Association and the Israeli government say Hamas is abusing journalists, the Times bureau chief disagrees and dismisses it. Of course, Rudoren has managed to see other perspectives when they involve Palestinians. While most people would see Palestinian rock throwing as an act of violence, Rudoren made sure her readers understood that for some Palestinians, “rock throwing is a rite of passage and an honored act of defiance.”

The solution to the problem starts with holding the media accountable for upholding its principles of balance and objectivity. Any story that is critical of Israel must provide Israel’s perspective on the issue so that a reader can understand Israel’s rationale. But that, by itself, is not enough. There must also be proactive action to make sure Israel’s perspective reaches the public. Israel’s story cannot be left in the hands of the media. It must be told as often as possible in ways that reach the largest number of people.

HonestReporting took a step in that direction recently by running a full-page ad in the Times featuring the text of a speech by Israel’s ambassador to the United Nations, Ron Prosor. The speech was uncompromising in making Israel’s case to the world. It covered Israel’s efforts to reach peace with the Palestinians, the need to protect its citizens, and even the plight of the 850,000 Jewish refugees from Arab lands. In other words, it covered the points that rarely appear in print in the mainstream media.

Israel’s supporters cannot afford to wait until media coverage of Israel improves and journalists recognize that different perspectives apply to Israel as much as to the Palestinians and their supporters. It’s up to everyone who cares about Israel to help make Israel’s case to the world, one social network at a time.

Israel has a compelling and inspiring story. Ambassador Prosor’s speech provides a positive template for promoting Israel’s perspective. In a time of unprecedented access to communications tools capable of reaching enormous numbers of people, no one should feel exempt from joining the battle.

Alex Margolin is a senior writer and editor at HonestReporting.