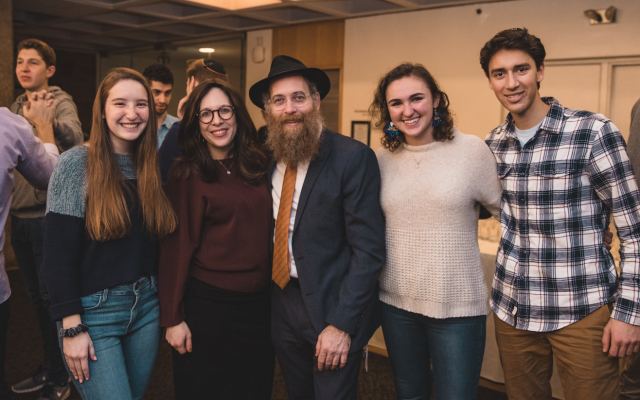 The Chabad on Princeton University’s campus held the first-ever fully kosher event two weeks ago at Prospect House, an event space and faculty dining hall in the heart of the campus.

Prospect House’s history goes back more than a century and used to be the home of university presidents. Woodrow Wilson’s wife designed the building’s five-acre garden to give her daughter somewhere to relax away from the stares of the all-male student body.

While the building has held events for the five decades since presidents moved off campus, they had not been able to host a fully kosher meal until Dec. 6, when Chabad threw a Chanukah party there complete with latkes and desserts. Obstacles had previously gotten in the way of arranging a kosher event in the building, and it took years of work with Princeton’s event staff to get around all the roadblocks. Now, one of the few remaining barriers to observant Jews at the fourth-oldest college in the United States has fallen.

“It’s a marker, of sorts, of how far the Jewish people have come in this country, and how comfortable we can be,” said Rabbi Eitan Webb, who runs the Chabad at Princeton. “There’s not a lot of barriers to go through.”

Webb first asked about doing a kosher event at Prospect House about a decade ago, he said, and he has tried throughout the years for holidays and even his daughter’s bat mitzvah. The kitchen in the building is not kosher, and there are rules in the building’s contract for events, making it difficult to bring in outside food from kosher vendors.

“It’s not intentional in any way, but it’s just there,” Webb said. He and his wife, Gitty, worked with the staff and the building’s caterer to cook the latkes in the Princeton Hillel’s kosher dining hall kitchen and source everything else from kosher vendors.

Gabriel Swagel, the new student president of Princeton’s Hillel, said that the barriers to hosting a kosher event were not indicative of any effort to exclude Jews, but of policies that were not written with kosher clients in mind. He was glad that the staff at Prospect House took the time to work with Chabad and find a way to do the event.

“It shows that the University administration is understanding of kashrut issues,” Swagel said.

Isaac Wolfe, a junior and the president of Chabad’s student board, had been to an event at Prospect House before but could not eat the food, so he was thankful for the kosher food.

“It’s great, of course,” Wolfe said. “I was surprised to hear that there hadn’t been a fully kosher event at Prospect House and that there were obstacles to doing it.” 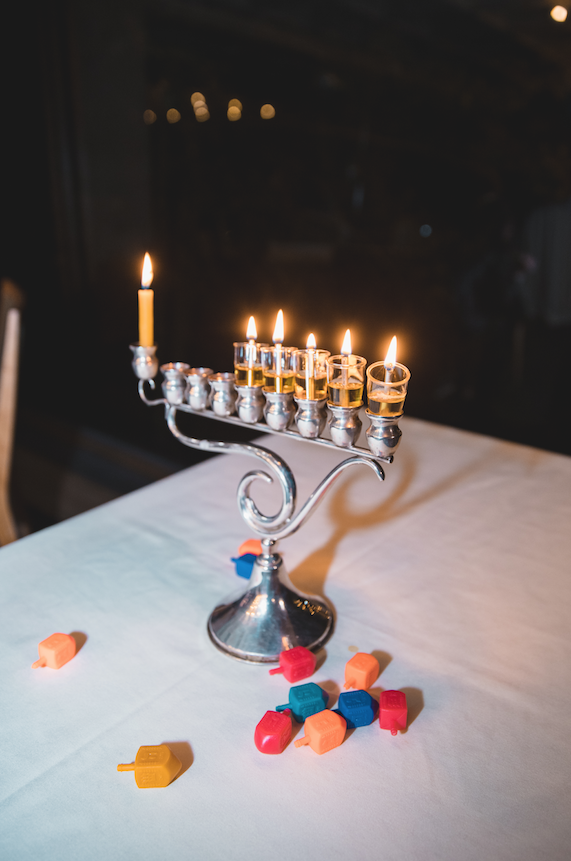 Other Jewish students, especially those who did not keep kosher, disagreed about the event’s importance. Benji Freeman, a sophomore who helped organize the party with Chabad, said that the key element was the celebration of Jewish culture at the party, not the food.

“I don’t think the kosher part is that big of a deal,” Freeman said. “The first Jewish event is important, the first kosher event, less so.” Prospect House has as much old-money, old-name heritage as any other building on Princeton University’s campus, so just having a Chanukah party was a sign of the progress since the days of Princeton’s Jewish quota.

Webb noted that the next steps would be to get an event with more kosher food in the building. They did not serve meat or dairy at the party, but Webb would like to find a way to serve those if he were hosting a bigger event, like a dinner.

“I’m not going to say that it’s simple, and now anyone can waltz in and do their bar mitzvah,” Webb said. “But they are open to exploring this further.”

Ethan Sterenfeld is a junior at Princeton University.