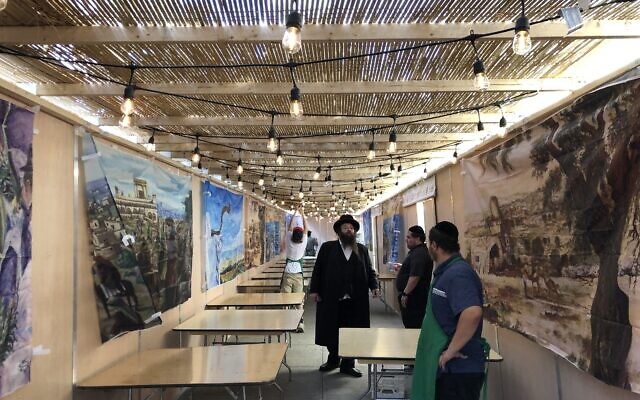 The Masbia soup kitchen erected an 80-foot-long sukkah in Borough Park to feed the needy during the seven-day holiday of Sukkot. (Courtesy Masbia)

Shabbat shalom, New York! Every Friday, we offer a printable digest of this week’s best stories to read offline. Download today’s edition here and sign up to get The Jewish Week/end in your inbox every week.

BUZZ KILL: Are mosquitoes driving you crazy when you sit in your sukkah? You are not alone.

TANGLED WEB: The Consulate General of Israel in New York disavowed comments by an employee who appeared to boast about his efforts to wring $25 million out of the wealthy father of scandal-plagued Rep. Matt Gaetz (R-Fla.) to help free an American hostage in Iran named Bob Levinson. (Jerusalem Post) 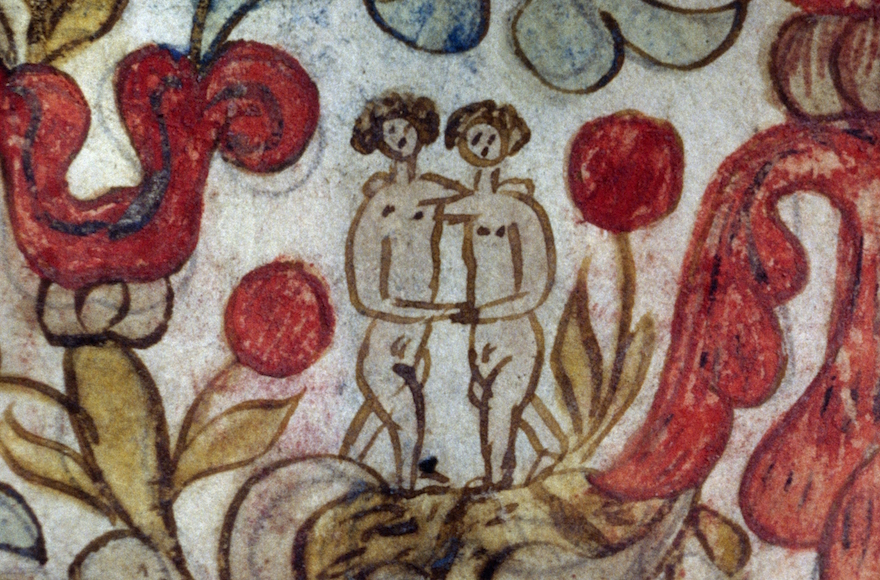 Adam and Eve depicted on a 19th-century ketubah, a Jewish marriage contract, from the Norsa-Torrazzo Synagogue in Mantua, Italy. (DeAgostini/Getty Images)

The biblical creation narrative, read in synagogues beginning next week with Simchat Torah, includes two versions of the Adam and Eve story. The contradictions are a model for reconciling the good and bad of American history, writes Rabbi Ruth Abusch-Magder.

Join the Museum of Jewish Heritage and the Netherlands’ diplomatic network in the U.S. for a virtual screening and discussion of “Truus’ Children,” a new film exploring the legacy of Truus Wijsmuller, a central figure in the rescue network known as the Kindertransport. The program will feature a panel discussion with the filmmakers and Ilse Bauer-Langsdorf, one of the children saved by Wijsmuller. Attendees will also receive a private link to stream the film online from September 17 to 28. Register here. Sunday, 2:00 p.m.

Eleven sukkahs have been erected on public sites around Downtown Princeton, New Jersey. The holiday booths were  designed by high-profile architecture and design firms and winners of a New Jersey Institute of Technology competition. Read all about “Sukkah Village” from our friends at Alma, and get details on visiting here. (Through Sept. 30)