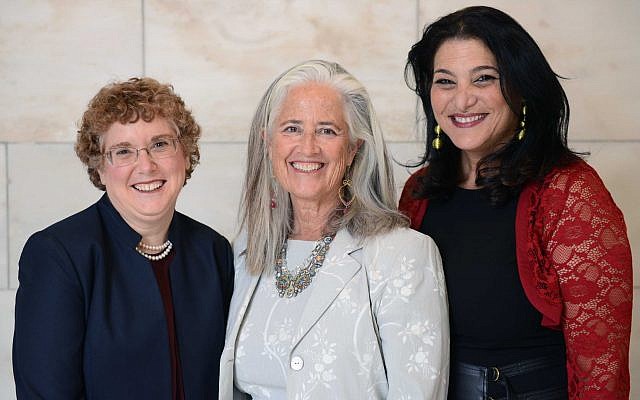 Rabbi Noa Kushner says that when people first come to The Kitchen, a popular source of “doing Jewish” that she founded in San Francisco, they tend to ask the wrong question. “What’s in it for me?” they want to know in looking for an alternative to mainstream synagogues.

The Kitchen’s goal, she said, is to transform the question into “what do I own in this? How might I shape this?”

Maybe that’s why it’s been so successful.

Yonatan Brafman, an assistant professor of Jewish though and ethics at the Jewish Theological Seminary (JTS), says that wisdom, which “orients us to do good,” arises from performing Jewish rituals and practices. “Applied Jewish wisdom is a prescription for Jews,” he suggests.

Rabbi Shai Held, president, dean and chair in Jewish thought at Hadar, a local egalitarian community, is writing a book he hopes will “restore love to its proper place” in Jewish tradition. He believes American Jews have ceded love to Christians and instead emphasize qualities like justice and the law. “This book will try to bring love back to the center,” and make the case for “love as a response at a time of hate,” he says.

The three young scholars — proving you don’t have to be old to be a sage — took part in a panel on “Jewish Paths To Wisdom” last Wednesday morning, part of an ambitious symposium that showcased the depth and variety of creative Jewish educators in our community. It was sponsored by The Covenant Foundation, which promotes and fosters quality Jewish educators, and The Jewish Theological Seminary, a major institution of higher Jewish education.

This particular session — one of several dedicated to the overall theme of “Accessing Jewish Wisdom” — was moderated by Erica Brown, director of the Mayberg Center for Jewish Education and Leadership at George Washington University. She noted that the ancient sages emphasized not postponing a mitzvah. “Act first instead of making excuses,” she said. “Do it now.”

It was an apt message at a time when the community gives lip service to the importance of Jewish education but not enough to value Jewish educators, not only financially but in terms of respect. (How many parents encourage their children to grow up to be Hebrew school teachers?)

So it’s important to recognize and herald those who are making a difference. That’s one reason why we appreciate when, each November, The Covenant Foundation honors three outstanding educators in the field at a gala dinner, and hosts a breakfast program the next day to highlight the work of five emerging Jewish educators. (See this year’s list below.)

Last week’s program, dedicated to the memory of Jonathan Woocher, a beloved leader in the field of Jewish education, was attended by several hundred women and men of accomplishment in the field. It included a discussion between JTS chancellor Arnold Eisen and Krista Tippett, the journalist and creator and producer of “On Being,” a popular public radio program on life’s questions and challenges.

Tippett focused on the need for “healing at this time of great turmoil” in America, and emphasized that despite the indications of increasing assimilation, she sees a “resurgence of spirituality and theological curiosity” among a younger generation in search of “meaning, community, authenticity and transparency.”

She said our institutions need to be more effective in dealing not just with the mind but with the heart. It’s an important message for a cerebral-focused community.

In the spirit of calling more attention to leading Jewish educators, here are this year’s Covenant Award winners:

Naomi Ackerman, founder and executive director of the Advot Project in Los Angeles; Deborah Newbrun, senior Jewish educator and director emeritus at Camp Tawonga, San Francisco; and Dr. Susie Tanchel, head of school at JCDS, Boston’s Jewish Community Day School. Each recipient was awarded $36,000 and each of their institutions received $5,000.

The Pomegranate Awards for emerging educators are:

Congratulations to the winners, and to those who nurture and advance their important work.