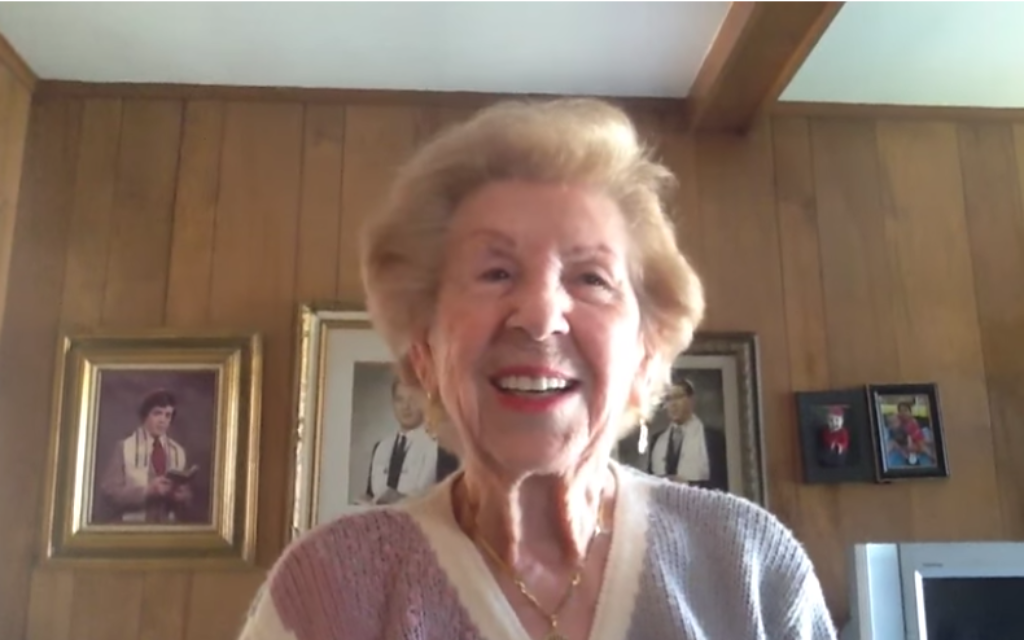 A Holocaust survivor sang the national anthem before a Major League Baseball Game between the Detroit Tigers and Tampa Bay.

Hirsch told local television station WWJ in an interview in April in which she called on the ball club to allow her to sing that she would not be nervous singing in front of thousands of baseball fans.

“If I lived through the concentration camp, it couldn’t be that bad,” Hirsch said. “I don’t want to die before I sing at a baseball game.”

After an outpouring of fan support, Hirsch was asked to sing at a game.

Hirsh, who was born in Czechoslovakia, lived through a series of Nazi camps beginning in 1944, at the age of 17. She was liberated in January 1945.

She reportedly has been a Tigers fan since moving to Detroit with her husband in 1953. The couple immediately began attending baseball games

Hirsch has been singing the national anthem for years during regular meetings of Holocaust survivors in the area.