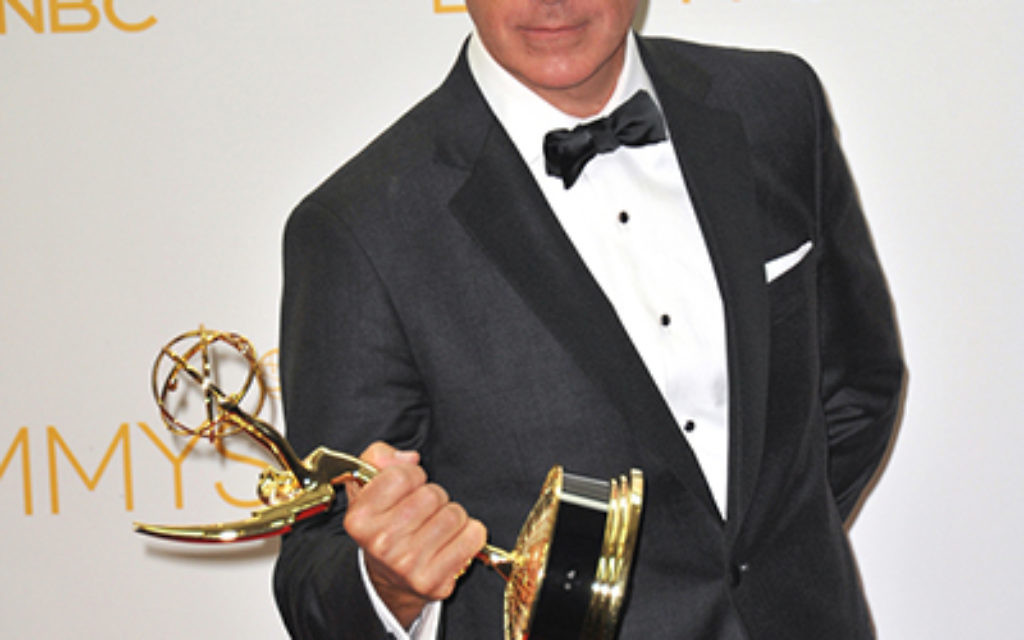 Could Stephen Colbert become the next Pope?

That’s what some people are saying.

Sure, there are several issues with that.

Like being married, having kids, and not being a priest.

But considering some of Pope Francis’s suggested reforms, even those might not be deal-breakers.

Stephen Colbert, who starts on “The Late Show” on CBS tonight, is America’s most prominent practicing Catholic.

He teaches Sunday school at his home church — St. Cassian in Montclair, New Jersey. Apparently, he is a very effective teacher. He makes his teaching meaningful for his students, doing it with a playful sense of humor.

Colbert pulls no punches about his faith. During a discussion on “The Colbert Report” about God and Satan, a guest gently chided him on his religious philosophy, suggesting that he had learned his lessons well “in Sunday school,” Colbert fired back: “I teach Sunday school, mother ———.”

Some nuns were probably appalled. Others, I suspect, were giving each other high fives.

Stephen Colbert is that rarest of rare birds — someone in the entertainment world who not only takes his faith seriously, but who talks about it, and even teaches about it — in a local church, without fanfare.

I mean, think about it: consider how busy Colbert is. Think of his grueling schedule, and all of the demands on his time.

And yet, he actually takes his own personal time — on a Sunday morning, when he could be sleeping, in or doing other things — to not only go to church, but to teach Sunday school.

That, my friends, is called sacrifice. It didn’t go out of business once we stopped reading Leviticus literally.

But, time — that’s something you can offer on the altar of your life.

Wait, you’re saying to yourself: you can’t really mean that the entertainment world is a religion-free zone? What about all the Jews (who supposedly run the industry — heck, even Google knows that)?

Well, what about them?

But, we are talking about faith here — God, ritual, and attending synagogue — the stuff that gives Jewish life meaning. (No, it’s not the only stuff that gives Judaism meaning. I know that you can be a “cultural Jew,” though I have to think more about what that actually means).

I’m not prowling synagogue in Los Angeles, doing my own “celebrity count.”

But, I sense that there aren’t that many “religious” Jews, live and out there, in the entertainment industry.

There are, of course, worthy and notable exceptions.

Some of them are musicians — like rock star Peter Himmelman , who is an observant Jew, and, of course, Matisyahu, who, despite the fact that he has shorn his beard and side curls, is still an observant Jew.

Mayim Bialik is a proudly Orthodox Jew who regularly studies religious texts. Just last week, she said that it is very difficult to be a person of faith in Hollywood, and that religious commitments are deprecated.

Writer-director-producer David Mamet is a synagogue-going Jew. He attends Ohr HaTorah in Los Angeles, which is led by Rabbi Mordecai Finley (who also influenced singer-songwriter-poet Leonard Cohen). Mamet also has written one of the best books on contemporary Jewish identity.

Sadly, the only time that you hear about religious people in the entertainment business when someone’s faith commitment becomes an open door to bigotry. For example, Mel Gibson, whose foible of anti-semitism was too much for even the late, no-fan-of-faith Christopher Hitchens.

But, if you had removed the theologically-influenced and alcohol-lubricated Jew hatred from the equation, Mel Gibson’s devotion to Catholicism would have been no issue.

Your theology only becomes a problem for others when it starts hurting people.

Believe what you want. Think whatever you want.

You start acting on that stuff — that’s a different story.

OK, back to the Jews in the entertainment world.

What about Colbert’s Jewish doppelgänger — Jon Stewart, nee Jonathan Stuart Leibowitz. (Hey, Jon — did you really have to change your name? Isn’t that a little retro, a little 1950s?)

In fact, check out his otherwise delightful “disputation” with Colbert on Hanukah vs. Christmas. It’s a little early to get into that seasonal conversation, but as far as theology goes, in this one, Colbert hit it out of the park. I mean, he actually believes something and can talk about it — as compared to Jon Stewart’s rather weak defense of a festival with candles and dreydls.

And, to be fair, even and especially serious Christians know that had it not been for the Maccabees, Judaism would have disappeared and, well, no Judaism, no Christianity.

And we Jews could certainly use a few more, as well.