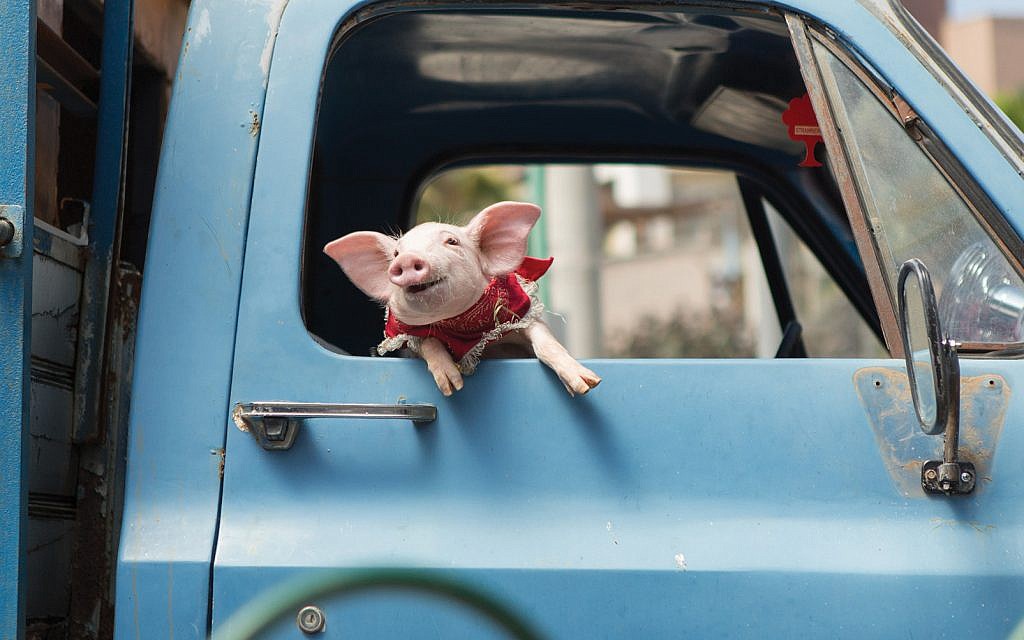 A scene from the soon-to-be-released movie based on "Holy Lands." Courtesy of Samantha Hellmann

Serendipity or trend? Just after writing about the first feature film I’d seen with both a chasidic man and a pig, I received a novel set in Israel with four dancing pigs on the cover.

Amanda Sthers’ epistolary novel “Holy Lands” (Bloomsbury) and the new film “To Dust” starring Geza Rohrig and Matthew Broderick have little in common thematically, but the introduction of pigs adds an element of surprise, alerting readers and viewers of something unexpected.

In fact, it was hearing about pigs in Israel that inspired Sthers to write the novel “Holy Lands,” which has been made into a feature film to be released this May starring James Caan, Rosanna Arquette, Tom Hollander and Jonathan Rhys Meyers.

In an interview with The Jewish Week, the French-born novelist, playwright, screenwriter and filmmaker explains that she read a serious article in a French newspaper about the business of raising pigs in Israel. The copious regulations include that pigs have to be raised on a wood platform, “so that they won’t touch the holy ground.” It’s something that Muslims and Jews agree on, or, as she says, “they are against the same thing.”

“I didn’t invent anything,” she says. “I felt like this was too good to be true; it must be the beginning of a new book.”

In the novel, an aging Jewish cardiologist, Harry Rosenmerck, moves from New York to Israel, where he sets up a pig farm near Nazareth. He leaves behind an ex-wife, a son who’s a successful playwright and has been estranged from his father since coming out as gay and a daughter in her 30s struggling with heartbreak and purpose. The novel unfolds through a series of letters they write to each other. Eschewing computers and the telephone, Harry corresponds through regular mail, while the others use email to reach one another. The letters are filled with lightness and weight, comedy and tragedy. Harry writes to his daughter Annabelle, “If I had a telephone, we’d never say anything to each other. Nothing important.”

David’s correspondence with his father is one-sided, as Harry refuses to respond to him. The novice farmer — who wouldn’t let his children have pets — also corresponds with a local Tunisian-born rabbi, and their spars turn into friendship.

The author named the book “Holy Lands,” in the plural, “for we all have something that is bringing us closer to God; it might be a piece of land, or the skin of someone you love, or the smell of your grandmother’s perfume.” 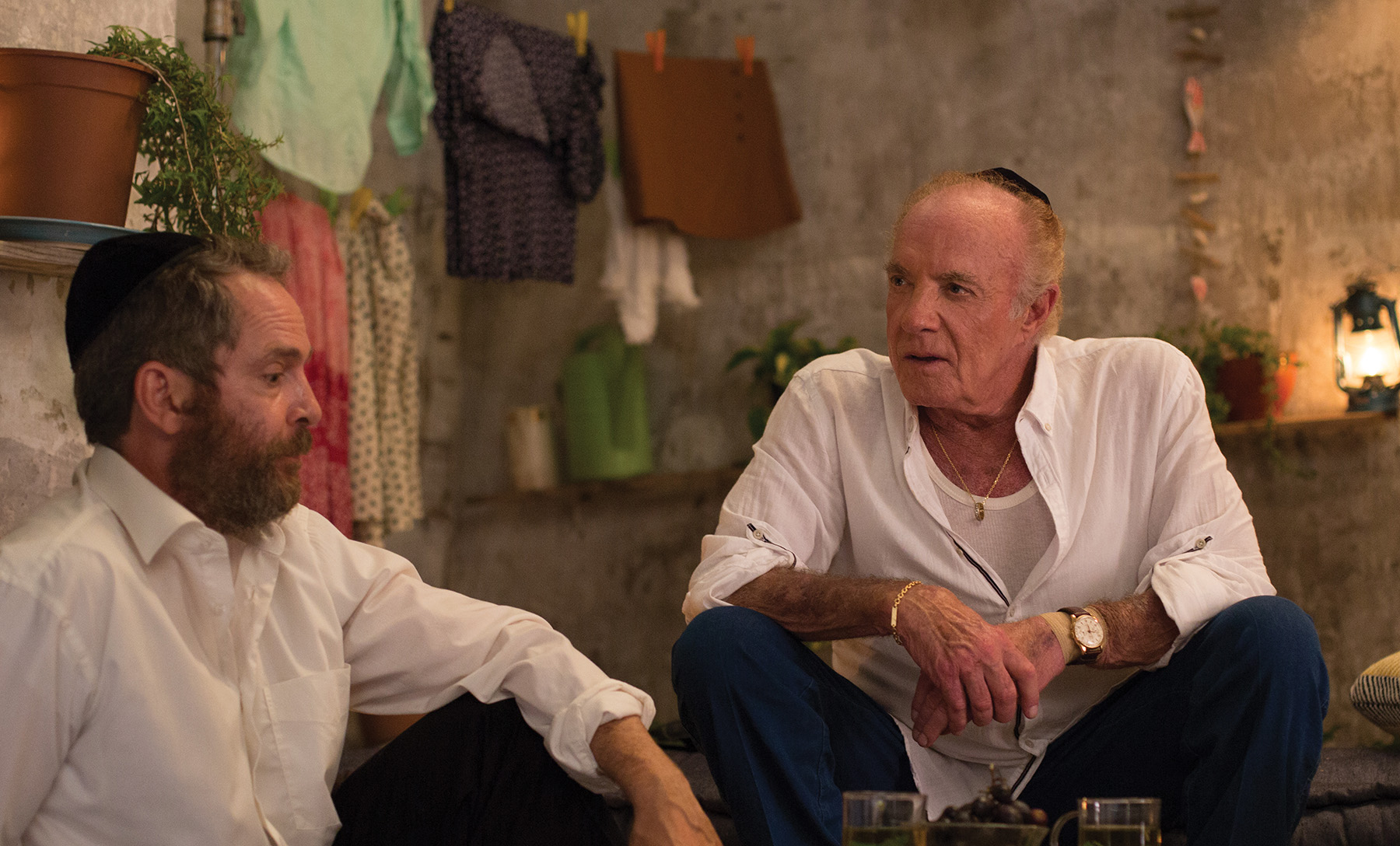 Sthers, 40, who now lives in Los Angeles, is the best-selling author of 10 previous novels — “Holy Lands” is her American debut — and she has directed two previous films. She is among the youngest people awarded the prestigious “Chevalier des Arts et des Lettres” by the French government.

The author explains that she left France almost three years ago, soon after the Nov. 13, 2015 terrorist attacks when 130 people were killed across Paris; she was with her children in the soccer stadium where the terror began. She lost several friends in the attacks and says, “I knew I had to change my life, to feel that my children would be safe. There is danger everywhere, but I felt that America is a safe place.”

Now, she says, after the killings at the Tree of Life Synagogue in Pittsburgh, she wonders if any place is safe.

While Sthers chose to move to Los Angeles for her work in the film industry, she says that New York City might be closer to her sensibility. 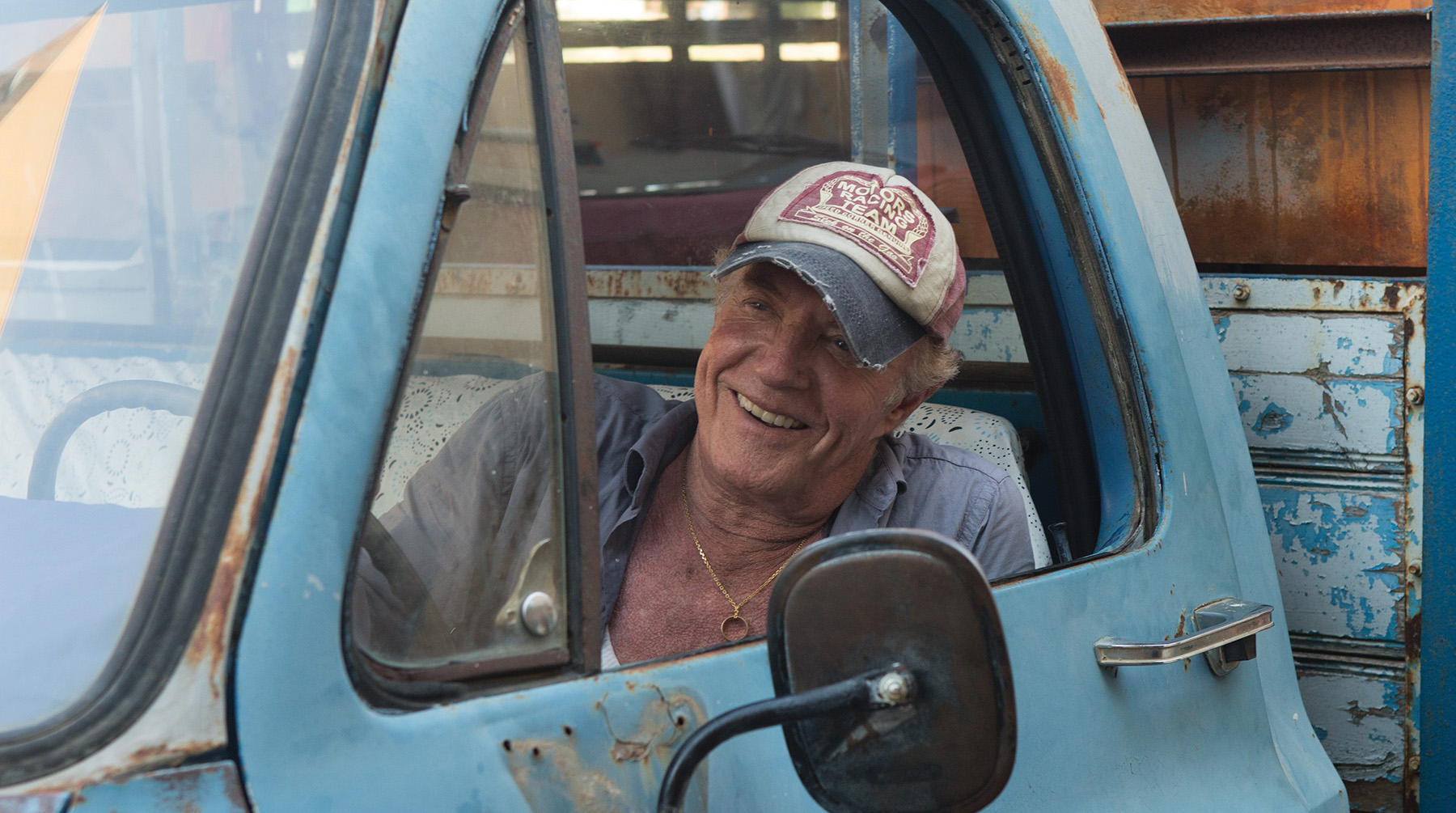 “I was born and raised in Paris,” she says. “I’ve always been very sensitive to New York Jewish humor.” Her parents gave her Philip Roth’s books to read and when she first visited when she was 18, she felt very much at home.

Her love of New York spills over into her writing, for she captures New York Jewish voices as if she had spent a lifetime eavesdropping in Manhattan coffee shops. Harry’s ex-wife is French, a woman who converted to Judaism to marry him. Sthers is also the daughter of a French mother who converted to Judaism. But if there’s a character most like her, she says that it’s David, a writer who seeks approval from his father.

David writes to his mother that religion doesn’t mean much to him, although he admits it has a place in his writing. “I don’t FEEL Jewish. I AM Jewish. You see there’s a difference.” 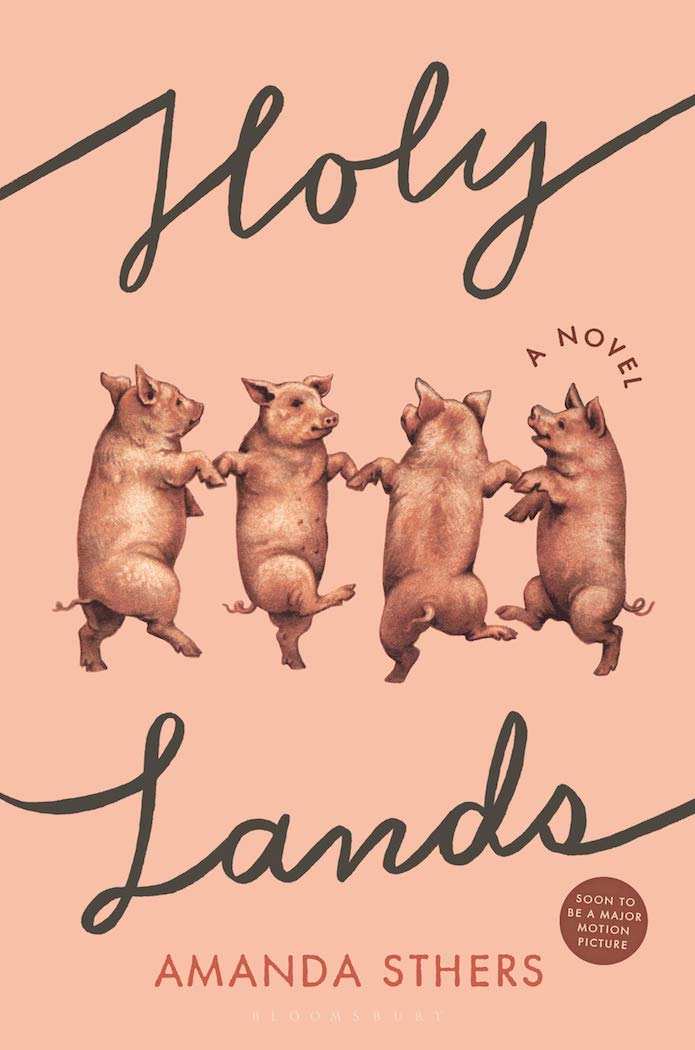 While family dynamics are at the center of the novel, social commentary is its background. Sthers comments that the family is a metaphor for what’s happening in the Middle East. “No one wants to see the world through another’s eyes.

“As a European, we have strong political feelings and opinions; we are raised with politics as a part of our lives,” she says. “It’s a large part of my writing. At the same time, the only way to really make people change is through emotion, so I have to make them smile, laugh or cry. If I just tell ideas, it’s like a lesson. No one will listen.”

She published the novel in French 10 years ago, and the story — about silence, walls and borders, Jewish identity, reconciliation, tolerance and love — still feels timely.

“This family was still living with me. I couldn’t abandon the story. I had to really give life to them,” she says. In France, people from varied backgrounds told her that they were seeing their own families through the Rosenmercks, and that they were moved toward voicing unstated feelings. She wrote the screenplay, did the translation, casting and direction, all on a relatively modest budget. 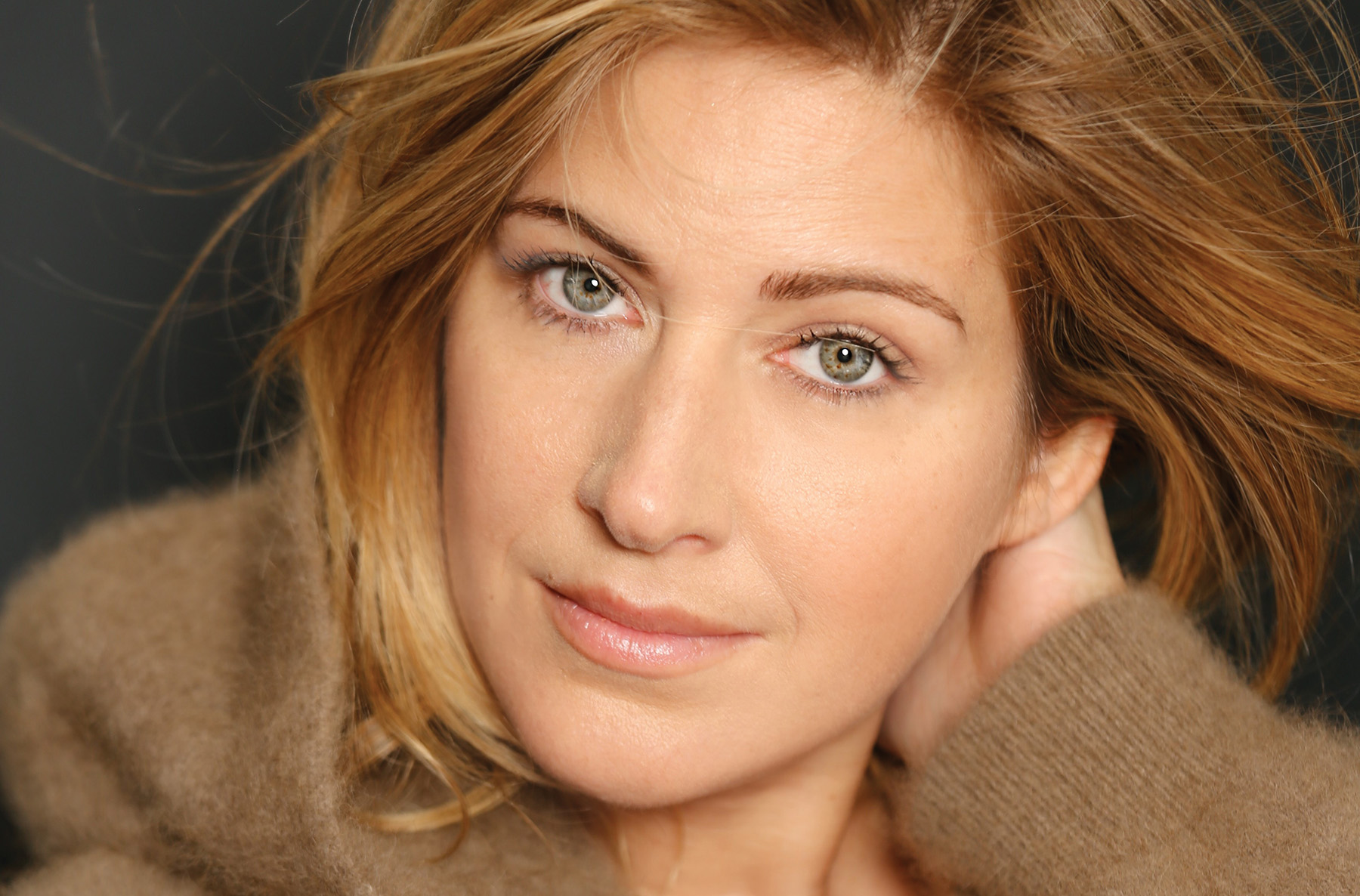 Sthers: “No one wants to see the world through another’s eyes.” Courtesy of Sandrine Gomez

The movie was filmed around Tel Aviv, Nazareth and the Dead Sea; its farm is not an actual farm, but a space near Ben Gurion Airport. Sthers says that working with James Caan was one of the best experiences of her life.

“We had people from different backgrounds, different political opinions, Israeli Jews, Muslims, Palestinians. It was really Babel. I felt, how can I carry this team, so many languages, so many different hearts, all expecting something different from this movie? I felt very strongly that if people have a common dream, we can agree on a lot of things. The fact that we were building a movie together, that we had a purpose, helped us get along. What we need in Israel is to find common dreams.”

Back to the sudden emergence of Jewish characters and pigs: This week marks the beginning of the Chinese New Year, and it’s the year of the pig.