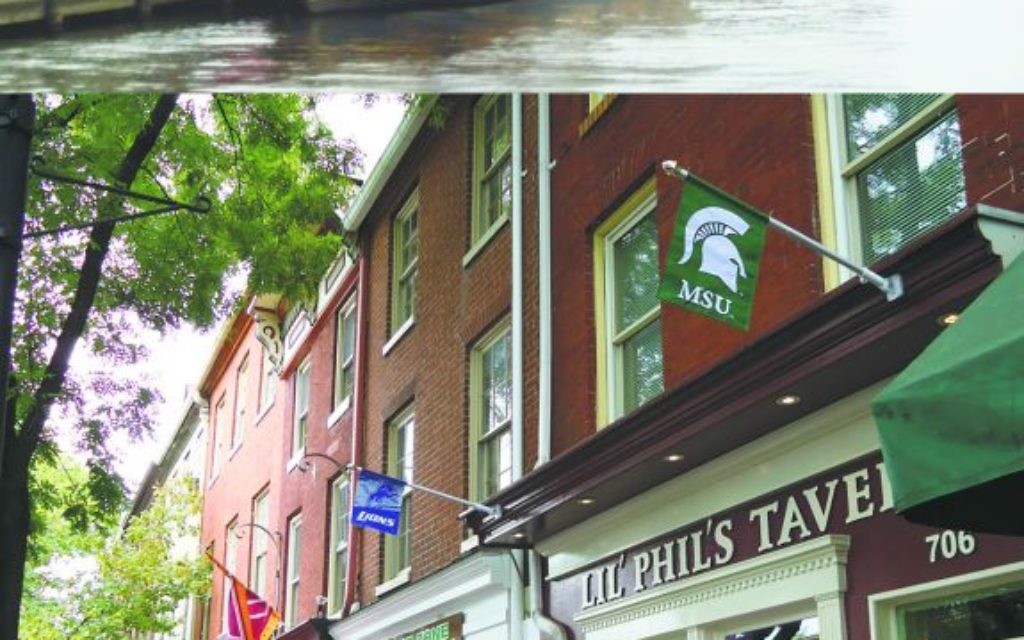 For all the city’s vaunted history, what’s most compelling these days about Baltimore is shiny and new.

That would be the tasteful, decades-in-the-making redevelopment of the Baltimore Inner Harbor, as successful an urban-renewal project as any I’ve ever witnessed.

Much has been written about the myriad malls, chain eateries and middlebrow amusements at the harbor’s core. You can take the snobby approach, or you can let the weekend crowds speak for themselves: few downtowns along the Northeast Corridor boast such a vibrant scene.

While the shopping centers and science museum are fun, the real pleasure is in strolling around the craggy U-shaped harbor, observing its renaissance from many angles. Glittering office towers and condos continue to rise along the waterfront known as Harbor East, where a nascent shopping corridor includes Whole Foods and Anthropologie. Nearby, boats glide along a landscaped canal.

I spent a weekend strolling between two of Baltimore’s historic harborside neighborhoods, Federal Hill and Fell’s Point, which bookend the Inner Harbor. These are streets of tidy red-brick row houses with geranium window boxes, and cafés with tables that spill out onto the sidewalks.

A new, free city bus known as the Charm City Circulator is handy for getting around when legs get tired. With several convenient lines linking key neighborhoods, the bus promotes downtown by eliminating the hunt for parking.

Of the surrounding residential districts, Federal Hill feels less touristy, and boasts stunning views over the harbor from atop its signature park. At sunset, as you zig and zag along a promenade, the watery urban expanses feel a little like Venice.

It was a similar vantage point that inspired Francis Scott Key to compose “the Star-Spangled Banner” 200 years ago this fall. The ramparts in question were those at Fort Henry, just a short jog down the harbor from Federal Hill, and the occasion was the Battle of Baltimore, a turning point for America during the War of 1812. The city is marking the occasion with a multi-year bicentennial celebration — a great opportunity to revisit both a city in bloom and a near-forgotten but historically significant war.

Now a national monument and historic shrine, Fort Henry served as a strategic defense against British attacks in the Chesapeake Bay; later on, the star-shaped brick fortress served as a Civil War military prison. Today the Visitor Center is a handy point of departure, with a short orientation film on a half-hour loop, and exhibits that put Baltimore’s military role into context.

Warships may now be a thing of the past, but Baltimore Harbor is as busy as ever. The maritime traffic is varied and colorful: red-and-black tugboats, dinner cruises, water taxis, sailboats, and heavy-laden cargo vessels. I even saw what looked like a pirate ship; now a party boat for nostalgic rum drinkers, it was a reminder of the role played by crafty types during the 18th and 19th centuries, when scalawags and smugglers set sail from Fell’s Point.

That neighborhood is still, arguably, Baltimore’s liveliest. A mix of tourists, young professionals, Johns Hopkins students (many from the adjacent new business school) and old-timers fill the cobblestoned streets, stopping for a local microbrew at a Ravens-themed bar or browsing the stylish boutiques. With a boat dock, an IMAX theater and the city aquarium nearby, there’s plenty here to fill a day.

The Jewish Museum of Maryland is just a short walk north, between Fell’s Point and the downtown business district, where a prominent Holocaust Memorial on Lombard Street features a Primo Levi quotation. The museum is a true slice of old Baltimore, beginning with a campus that incorporates two of the city’s historic temples.

These are the Lloyd Street Synagogue, an 1845 landmark and one of the nation’s oldest surviving shuls, and the circa-1876 B’nai Israel, which has an active Modern Orthodox congregation. “The largest collection of regional Jewish Americana in the U.S” is how the museum describes its proudly mid-Atlantic focus, and the region is indeed rich with Jewish tradition that dates back to colonial times. Guided tours are worthwhile, as are three rotating galleries (on view now is “Chosen Food: Cuisine, Culture and American Jewish Identity”).

Early October is also the time to catch the Baltimore Jewish Film Festival’s CineFest 2012. The four-film event runs through Oct. 18 at the Gordon Center for the Performing Arts in suburban Owings Mills.

Your options, Jewish and otherwise, expand exponentially in any direction — north, west or south toward the capital. But as the British found out two centuries ago, the main action in Baltimore is down at the harbor.