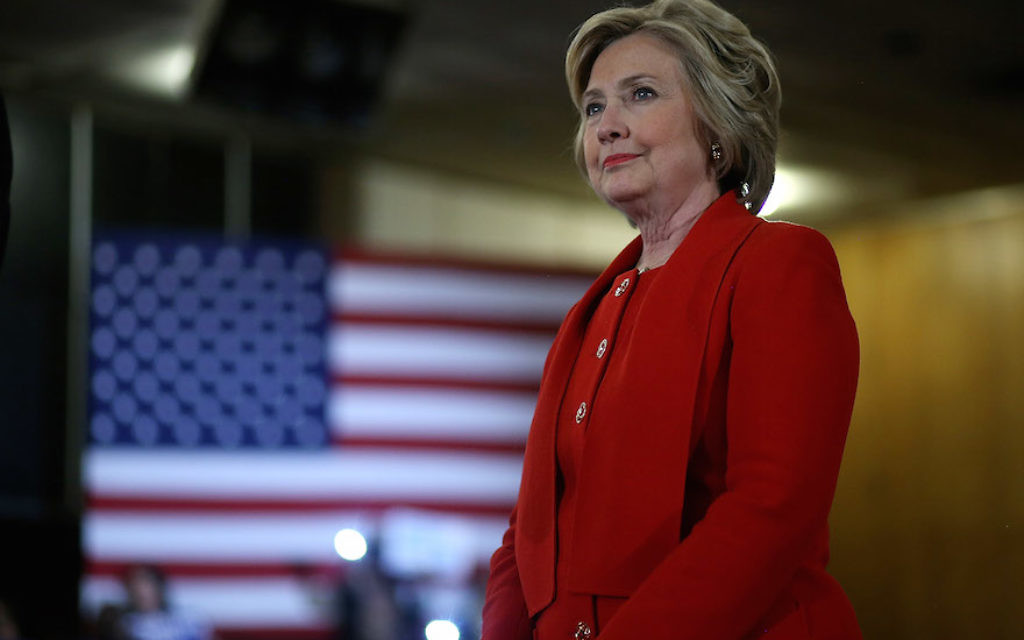 The day before the New York presidential primaries, Hillary Clinton distributed an essay linking her policies to the “ancient lessons” of Passover.

In the essay, sent out to Jewish and other media in English, Yiddish and Hebrew on Monday, Clinton highlighted her record on religious freedom, state benefits, Israel and global justice – and pledged to continue that work as president.

“I didn’t grow up celebrating Pesach. But over the years, I’ve attended seders where I was inspired by the remarkable story told in the haggadah – a tale of a people who, sustained by fortitude and faith, escaped slavery and reached their freedom,” Clinton said. “As Jewish people around the world prepare for this festival, I wanted to offer a few of my own thoughts on ancient lessons that still hold wisdom for today’s world.”

Passover, or Pesach, — the celebration of the Jews release from bondage in Egypt, as told in the biblical Book of Exodus — starts Friday evening.

Jews will play a significant role in Tuesday’s Democratic primary. Some 16 percent of New York Democrats are Jewish, according to a Wall Street Journal-NBC-Marist College poll of 2,679 New York adults April 10-13. The poll found 65 percent support Clinton and 32 percent support her rival, Jewish Sen. Bernie Sanders, I-Vt. Clinton is the front-runner in the race nationwide.

Clinton noted in the essay, written with help from her staff, that in Exodus, pharaoh denied the Israelites religious freedom. Today, she noted, anti-Semitism is on the rise in Europe. She recalled her work on behalf of Jews as New York’s senator and on behalf of oppressed religious minorities around the world as secretary of state.

“If I’m fortunate enough to be elected President, I would ensure that America continues to call out and stand up to anti-Semitism,” she said.

Comparing the Israelites’ covenant with God to the American social contract, she opposed Republican proposals to cut or reform entitlements, saying, “We must fight any effort to weaken or privatize Medicare and Social Security, and we must finally expand benefits for widows. We must improve housing for low-income families.”

Forty-three percent of Hasidic Orthodox Jews in New York are poor, according to a landmark 2012 UJA-Federation of New York survey. Affordable housing is an important issue for the fast-growing community, in which large families are common. At least 15 percent of Jewish households in the federation survey received some form of public assistance; up to 11 percent received food stamps.

Turning to Israel, Clinton said the “most important” lesson of Exodus is that God brought the Jews to their homeland so “that they would never again be subjugated.”

“I’ve proudly stood with the State of Israel for my entire career, making sure it always has the resources it needs to maintain its qualitative military edge,” she said, noting that she helped ensure funding for the Iron Dome missile defense system and negotiate a cease-fire to the 2014 Gaza war.

In a jab at Republican presidential front-runner, Donald Trump, she added, “Yet others in this race suggest we must remain ‘neutral‘ in order to negotiate. But Israel’s safety is simply non-negotiable.”

Finally, Clinton said, the Passover seder reminds participants to remember the hardships of slavery. Citing more than 20 million people trafficked or sold into slavery every year, she said, “This Pesach, let’s continue fighting all forms of oppression, inequality and injustice.”