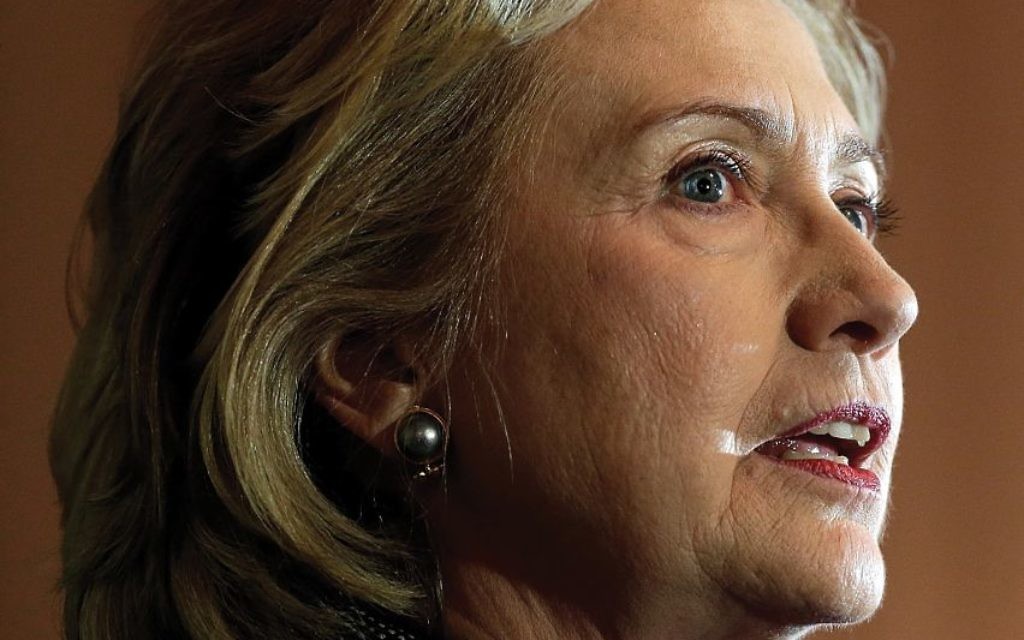 Amid intense speculation about her future political plans, former secretary of state, New York senator and first lady Hillary Clinton has accepted an invitation to be honored by the American Jewish Congress on March 19. That raises the question among some Jewish insiders as to whether she realizes what she is signing up for.

“It’s embarrassing,” said one former adviser of Clinton’s in the Jewish community. “It’s further evidence that she is living in the late 1990s. Doesn’t she realize she’ll be addressing an irrelevant organization?”

The event comes at an intriguing juncture for both host and honoree as the AJCongress struggles to regain its stature after ceasing operations and laying off most of its staff in 2010. A restructured group emerged last year, run by its longtime president, Jack Rosen, a successful businessman who was a fundraiser for Clinton’s husband, Bill, and other Democrats, including Barack Obama. He also raised funds for President George W. Bush.

AJCongress, founded in 1918 to provide a unified voice for American Jews, has a proud history and a murky recent past. When Rosen took over last year he set it up so that it seemingly consists of himself, his two sons and 16 associates and friends. The new AJCongress dispensed with regional chapters and is no longer a membership organization, though its website lists National Membership at $1,000.

It remains a member of the Conference of Presidents of American Jewish Organizations, however.

A save-the-date notice for the upcoming gala at Cipriani’s in Midtown was obtained by the Daily News on Monday. A spokesman for AJCongress declined to comment on the event when contacted by The Jewish Week, saying more information would be forthcoming when available. He said Rosen was not available for an interview.

Hillary Clinton is widely expected to be a Democratic candidate for president in 2016, as she was in 2008. A New York Times Magazine story on Sunday explored the vast network of political operatives already in place for such a campaign and how she might utilize it.

“Having Hillary Clinton is always a big thing for any organization,” said New York political consultant Hank Sheinkopf. “It pumps up the AJCongress and may help it get back on its feet.”

But some observers think Clinton’s agreeing to be honored by a virtual phantom of the original AJCongress signals her lack of understanding of the organized Jewish community today. “I was her biggest supporter but this is a joke,” the former Clinton adviser said. “She needs to work much harder” at connecting with the current Jewish leadership.

There is specualtion that Huma Abedin, a close associate of Clinton and wife of former Congressman Anthony Weiner, was asked by Rosen to make the request of Clinton to speak at the AJCongress event. Weiner and Abedin live in a luxury apartment in a building owned by Rosen.

Sheinkopf said the appearance would guarantee widespread attention to what might otherwise be an obscure dinner. “All she has to do is wake up and breathe and she creates attention.”

If she decides to run, Sheinkopf said, Clinton and her team would likely keep a close eye on her left flank, in the person of Massachusetts Sen. Elizabeth Warren, and Maryland Gov. Martin O’Malley.

The urban vote “is determining where the party is going,” Sheinkopf said. “[Warren] is serious on repairing the income gaps. And O’Malley is an inside player who can raise money.”