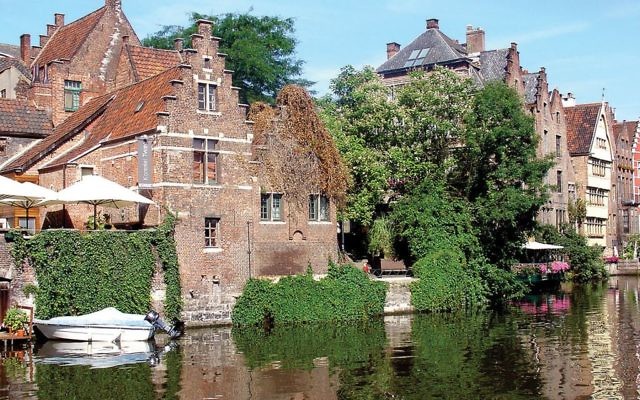 This week President Trump is on the world leader version of what my high school called Eurotour — the old “If this is Monday, it must be Belgium” routine.

Scheduled between Saudi Arabia, Israel and the Vatican, Belgium is in fact the only stop on the president’s trip that has no religious agenda. But if he were to stick around longer, he’d discover a country that, in addition to hosting NATO and the European Union capital, boasts a rich Jewish heritage.

The brevity of a presidential visit got me thinking about how certain countries are tailor-made for tight itineraries. Belgium, a bilingual, densely populated nation with dozens of medieval towns and a compelling artistic tradition, is one.

It’s the size of Maryland. Any place in Belgium is just a few hours from London, Amsterdam, eastern France and western Germany.

Let’s start in Brussels, since your flight or train probably will. The E.U.’s vast bureaucracy lends a cosmopolitan buzz to this French-speaking city full of expats, among them Jewish professionals from around Europe. Many Jews find each other at the Susskind CCLJ, a kind of super-JCC with theater, concerts and other opportunities to mingle with the locals.

The Continent’s capital is a fitting home to the Great Synagogue of Europe, a 19th-century landmark on a prominent boulevard. Visitors ponder how this monumental Romanesque edifice survived when so may of its worshippers did not.

Far from the Maghreb, Brussels may seem an unlikely place for one of the Continent’s more intriguing Jewish museums, the Center for Moroccan-Jewish Culture. But since migration from Muslim lands is at the center of political debate, it’s interesting to consider how Sephardim are historically well-represented among the North African newcomers to Western Europe.

After a day or two in secular Brussels, head north into Flanders, the Dutch-speaking region where Antwerp is home to nearly half Belgium’s 40,000 Jews and its most vibrant Orthodox community.

Make a stop halfway between the cities in Mechelen to see the country’s new Holocaust museum, which opened in 2012 at the site of a World War II death camp. A graceful white structure houses the memorial and exhibition just opposite wartime barracks, tracing the 1930s rise of the Belgian far right and its tragic consequences for the country’s Jews, a great many of whom perished in the Holocaust.

Continuing on to Antwerp (less than an hour from Brussels), no tour of Jewish Belgium would be complete without a look at the city famous for both diamonds — Jews have a long, storied history in Antwerp’s jewelry trade — and avant-garde fashion.

You can easily split an Antwerp day between living Jewish culture in the Diamond District, where you’ll find a Sephardic temple and kosher falafel, and the colorful design district, with its Fashion Museum and the shops nearby. Lovers of Flemish Golden Age art — think Rubens — should make time for Antwerp’s Fine Arts Museum, too.

More Low Country art, along with a small Jewish community, is on tap a short ride west of Antwerp in Ghent, a spectacularly well-preserved medieval city with a car-free center and a bustling modern port. Along the riverfront, pedestrians stroll by Gothic façades or peep across a moat to the imposing 12th-century Gravensteen castle.

While Ghent’s modest Jewish presence has centuries-old roots, Liège boasts a relatively modern, diverse community. The French-speaking city is an hour east of Brussels; the closest major destination is actually the medieval Dutch city of Maastricht, where the treaty that bears its name was signed, creating the E.U.

Those traveling to Holland or Germany (Cologne and Düsseldorf are nearby) might stop in Liège to see one of Europe’s prettiest synagogue façades. Striped in a fashion reminiscent of Italian duomos, the Liège Synagogue is an active hub for a community born of 19th-century Jewish immigrants fleeing Russian pogroms, and nourished by waves of newer arrivals from France and elsewhere.

Heading south to Luxembourg? Near the border, Arlon is Belgium’s smallest provincial capital but home to its largest Walloon (e.g. Francophone) Jewish cemetery — and its oldest synagogue. With quaint fountains and cobblestoned plazas, Arlon feels typically European in an unhurried, uncrowded way.

The town is rich with sights: Arlon’s archaeological museum is a trove of Gallo-Roman artifacts, while the imposing tombs and obelisks of its Jewish cemetery offer a literal walk through history. You can also take a look at the city’s archetypal 19th-century temple, now undergoing restoration.

How many Belgian-Jewish sights you see depends on whether you’re road-tripping through Europe, savoring the Low Countries or, like the president, en route to the G-7 Summit. Regardless of itinerary, those who linger in Belgium will find 1,000 years of Jewish history packed into the size of Maryland.