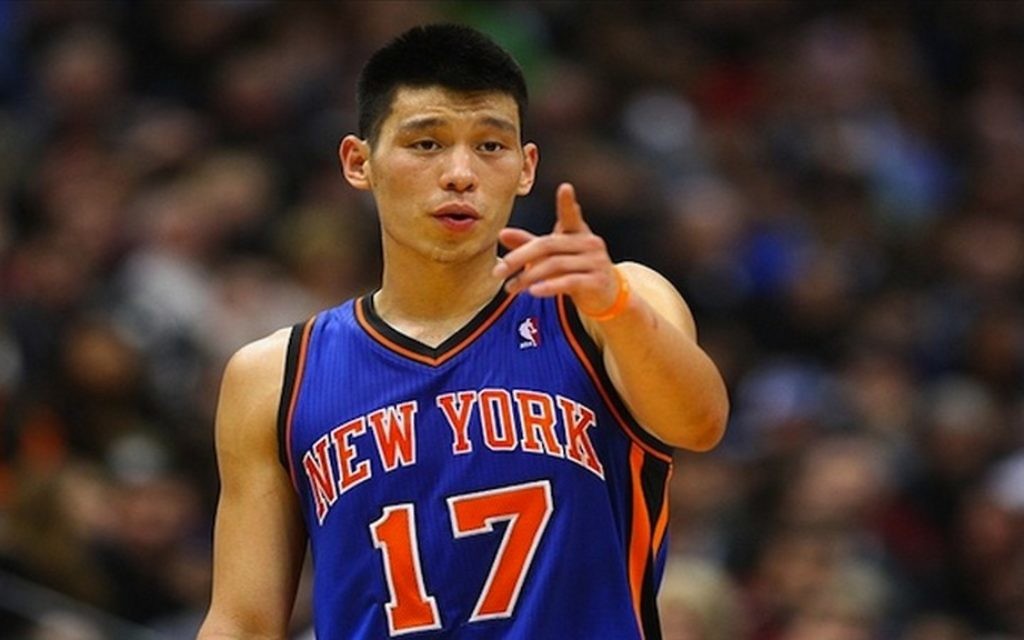 It didn’t take long for “Linsanity” to descend upon my stretch of South Florida — New York City’s unofficial sixth borough. Upon watching those first ESPN highlights, I immediately thought of my old Los Angeles high school basketball teammate, Sam, a Thai American. Race and basketball had been on my mind, anyway, since I had recently completed a book that examined, through the lens of my integrated his school basketball squad, the desegregation of the L.A. County school system.

But black and white were the colors I was most concerned with in writing the book. Sam’s story as the only Asian American on the team, and even my own Jewishness, seemed largely beside the point. Lin’s recent standout performances, our inability not to notice this Asian American phenom, has highlighted for me how instinctively we push certain groups to the margins when we’re not used to seeing them there, or when their presence upsets our comfortable notions of who belongs where, and doing what.

Sam and I became fast friends on our basketball team, which wouldn’t have been so noteworthy were it not for the fact that he was arguably the best player on our squad while I was arguably the worst. Typically, the better players on sports teams dominate the social hierarchy and hang out with the other better players. So what was Sam doing hanging out with me, and a few other benchwarmers, rather than with his athletic near-equals?
That Sam was the only Asian American on our team while I was the only Jewish American surely had something to do with our alliance. We both took AP classes and lived fairly close to each other. Still, I’m convinced in retrospect that the other better players on the team didn’t quite know what to make of Sam. And so he was stuck hanging out with us benchwarmers. Not ostracized, exactly — we all pretty much got along — but not quite woven into the strongest fibers of the team’s fabric.

We’re not used to seeing Asian Americans, or Jewish Americans, as premier-level basketball players. And so we don’t see them as such, even when they’re right in front of our noses. Sam would lead the team to an L.A. city championship the year after I graduated. He was a strong enough player that when I was writing my book it occurred to me to ask my former coach whether he had been recruited by any college scouts. (I had lost touch with Sam after I moved to the East Coast for college.) My coach told me that he hadn’t received much attention, but that he was always more of a student, and wasn’t particularly interested in playing college ball in any case. The remark didn’t leave much of an impression on me at the time, but thinking back on it now, it was sort of an odd thing to say, wasn’t it?

And it was odd, too, that it didn’t strike me as odd until Linsanity.

Sam got good grades, sure. He went on to Columbia University. That much I knew. But he was passionate about basketball, too. I can’t help but wonder now whether NCAA recruiters overlooked him, as they appear to have overlooked Lin, because he just didn’t fit the usual profile of a scholarship player. Maybe my old coach, and I also, too readily dismissed Sam’s seriousness as an athlete. Asian Americans, after all, like Jews, don’t play basketball for Division I powerhouses. We go to Columbia. Or Harvard. What’s more, if my old coach was right about Sam not being particularly interested in a college basketball career, it might have only been because Sam had been persuaded to accept this version of himself.

Some perspective is in order. My friend’s story is hardly a tragedy. From Columbia, Sam went on to law school and now works for the Security Exchange Commission in Los Angeles. Likewise, if things don’t ultimately work out for Lin in the NBA, his Harvard degree in economics will surely come in handy. All the same, what makes Lin’s story so inspiring, especially for fellow minorities beset by similar cultural stereotypes, is the sheer moxie he’s shown in writing his own narrative, conventional plot lines be damned. So I suspect that Jews, in particular, are rooting for Lin much like we’ve rooted for our few Jewish hoopsters — the Grunfelds and the Farmars, the Schayeses and the Scheyers. Heck, most people are rooting for Lin.

But, perhaps unsurprisingly, there’s already been something of a backlash to the Lin story. The boxer Floyd Mayweather suggested in a tweet that the Lin phenomenon is mostly hype, that “Black players do what he does every night and don’t get the same praise.” The implication here is that, from a purely basketball perspective, Lin’s been given a leg-up, of sorts, by virtue of his Asianness.

Most would agree that the reverse has more truly been the case. Having demonstrated the talent and fortitude to overcome our myopic ways of seeing Asian Americans, my hope for Lin is that if and when he descends from the hoops stratosphere he’ll be tolerated as just an average, rather than great, NBA player. In Ken Burns’ and Lynn Novick’s baseball documentary, “The Tenth Inning,” the comedian Chris Rock smartly commented that Major League Baseball wasn’t truly integrated until “you had black players that sucked.”

The Lin phenomenon underscores the curious twist to this racial calculus when it comes to the modern-day NBA. Jews, having enjoyed a head start on our Asian American friends, were proficient hoopsters during the nascent stages of the game and we’ve contributed a few average players to rosters in the modern era. Yet if an Asian-American player of Lin’s caliber can go undrafted, do his fellow Asian American hoopsters out there who “suck” even stand a chance?

Andrew Furman, a professor of English and creative writing at Florida Atlantic University, is author of “My Los Angeles in Black and (Almost) White” (Syracuse University Press), the novel “Alligators May Be Present” (University of Wisconsin Press) and several works of literary criticism.