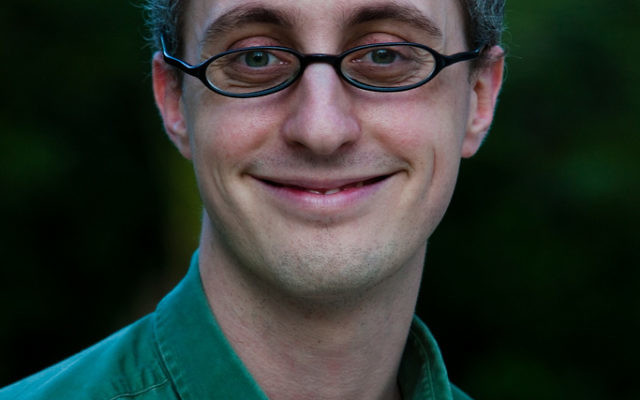 Last week, in the run-up to Yom HaShoah the Israel Defense Forces' Interactive Media Branch called on their followers to "contribute to Holocaust remembrance" by posting "a photo of yourself together with a Holocaust survivor on Facebook, Twitter, or Instagram with the hashtag #WeAreHere."

They tweeted this example.

Within hours, the hashtag had predictably been taken over by Palestinian activists who hijacked the feed and recast "#WeAreHere" as a slogan lamenting Israel's military presence in the West Bank & Gaza Strip.

To be fair, the IDF is by no means the first organization to have their twitter campaign taken over. It’s happened to McDonalds, Walgreens and other corporations.

But just two days earlier, the NYPD made the news for their #MyNYPD campaign which was also hijacked by activists who instead of tweeting cheerful pictures of citizens engaging with police officers, posted pictures of cops engaging in police brutality. Sure, hindsight is clearly 20-20, but how did the IDF not see this coming?

It turns out that organizations are woefully bad at using social media. A recent Harvard Business Review report tells us that two-thirds of users have no formalized social media strategy, and just 7 percent have integrated social media into their overall marketing strategy. Less than a third measure the effectiveness of their investment in social media.

This is an even bigger problem in the Jewish communal world. Far too often, we get enamored by a shiny new tool or idea and put on blinders that keep us from recognizing the potential pitfalls. We're afraid that if we aren't "innovative" enough we won't be able to remain "relevant" or attract and maintain the interest of the people who matter.

So instead of focusing on our core goals and objectives we get bogged down worrying about fads, even if they don't do much to advance the mission of our organization or the Jewish people. With social media in particular, we've become so focused on the metrics of followers, retweets, Facebook fans, likes and the like that we fail to even address what value if any these tools add to our mission.

We don't think or care that the average Facebook post from an organization doesn't even reach 7 percent of our Facebook Fans. We don't care about really engaging with people on Twitter, only our follow to following ratio. We don't even ask the question is social media effective at all in terms of building a volunteer base or soliciting donations, two actual measures of real engagement with a not-for-profit. (It's not.)

What is the allure of these tools that we continue to spend our energy and resources in investing in them? Why, despite significant evidence to the contrary, do we believe these will be useful in advancing our core mission? Why did the IDF invest resources that could have been spent keeping Israel safe and secure on a cockamamie social media campaign?

Why does the Jewish community like to flit around from one new initiative to another?

I think it may have to do with the fact that it's often easier to just go along with the masses than to make a reasoned argument justifying why you're going against the grain.

This isn't a new problem. In 1924, Maurice Hexter, in his role as President of the National Conference of Jewish Social Service (a forerunner to today's Jewish Federation system) lamented the lack of rigor in examining the efficacy of Jewish organizations at the time.

"To the careful observer of social facts it must be apparent at once that much of what passes as knowledge is mere dogma … There is a glowing future before us when we have once learned that we know very little and that with this humility of spirit we begin our labors."

I couldn't agree more. I believe strongly in the value and work of Jewish communal organizations and the mission of the Jewish people to be a light unto the nations, but sometimes I wish we were more skeptical of the latest buzzwords and fads.

We need to be willing admit what we don't know, and we need to be willing to scrutinize our efforts and challenge the status quo and consider alternative approaches and solutions. If we don't, we'll have about as much control over our future as the IDF over their twitter hashtags.

Russel Neiss is a Jewish educator, technologist and activist, and the coding monkey behind PocketTorah, The AlephBet App and a myriad of other Jewish ed tech initiatives.