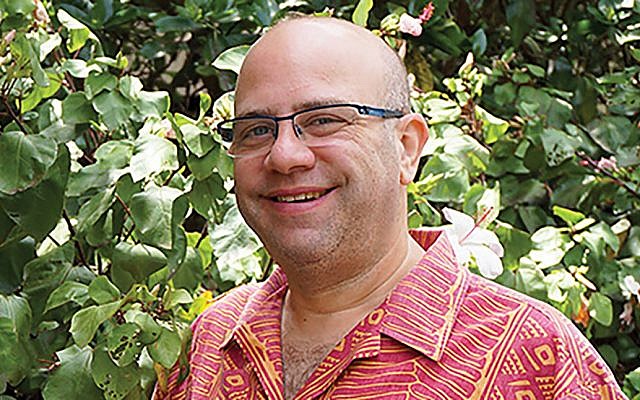 University of Hawaii’s Julien Gorbach: Hecht was drawn to tribalism and bigotry.

In 1942, Ben Hecht, a prominent author with A-list Hollywood connections who had been roused from his Jewish indifference by the Holocaust to become co-chair of the Committee for a Jewish Army of Stateless and Palestinian Jews, called on film producer David Selznick to lend his name to the cause of threatened European Jews. “I’m an American and not a Jew,” Selznick protested. Hecht challenged him to call three friends and ask if they considered him first “an American or a Jew.” “A Jew,” all three said. Selznick signed on.

That’s how Hecht, a New York native who became an outspoken Jewish activist — a fascist, said some critics, pointing to his heavy-handed tactics and friendship with Jewish gangsters — alerted the country about the situation in Nazi Europe, and later to the Zionist cause, and recruited well-known Jews and non-Jews. 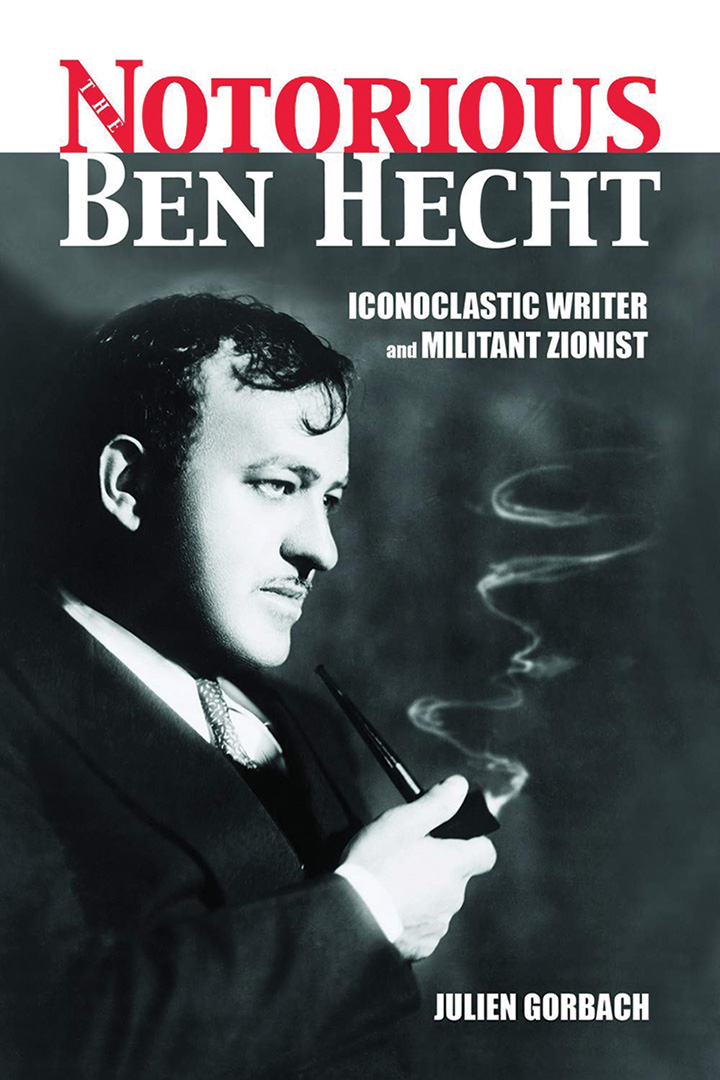 Hecht “would understand today’s rising anti-Semitism as the consequence” of letting “bigotry go on the march.”

Q: What inspired you to write about a man who is known primarily as a screenwriter and author, not as a Jewish polemicist?

A: I grew up a bit like Hecht: assimilated, without a strong feeling that my Jewish heritage should be central to my identity. When I decided to pursue a doctorate, I knew that this long-deferred question of identity was the topic to address. A Hebrew University professor suggested Hecht as a dissertation topic; his story spoke to my passions directly —not just his reckoning with his Jewish roots, but also his background as a Chicago crime reporter. Once I caught hold of this tale, I couldn’t let go.

Many excuses — in the U.S. Jewish and wider community — for not standing up to what was happening to the Jews of Nazi Europe was that people here didn’t know what was taking place on the Continent. How did Hecht know?

Much of this history begins eight months after Kristallnacht, with the publication of Hecht’s story “The Little Candle,” which describes the Nazi genocide in horrifyingly vivid detail. People called his prophecy outlandish. His dark view of mankind, his lifelong focus on a phrase he drew from Conrad’s “Heart of Darkness” — “the soul of man” — gave him a kind of “second sight.” He became concerned with humankind’s primordial impulses of tribalism and bigotry, which he had first seen as a crime reporter, in the psychopaths he interviewed on death row in the Cook County Jail, and in the city politicians who linked arms with the city’s underworld figures. Hecht bonded with the Revisionists because they shared his view of mankind.

What opposition, particularly in the Jewish community, did Hecht encounter in his mission during World War II?

Rabbi Stephen Wise and other liberal Zionists tried to stop the Revisionists from fundraising for the Aliyah Bet, or Ha’apalah, Irgun operations from 1937 to 1940 to smuggle Jews from Europe to Palestine. When the [Revisionist] Bergson Group launched its Emergency Committee to rescue the Jews of Europe, Rabbi Wise and others branded the committee as a mob of fascist hoodlums out to exploit the genocide for their own profit and political gain. They called for the FBI to investigate Bergson as a foreign agent. When the Bergson Group gained enough congressional support to pass a resolution calling for an Allied rescue effort, the American Zionists tried to kill the initiative, because the resolution did not emphasize a call for a Jewish national home in Palestine.

How do you judge if he succeeded in his attempt to alert people to the threat Jews faced in Europe?

Hecht’s pageant [in Madison Square Garden] put the slaughter of the Jews on the front pages of American newspapers for the first time. He offered a counter-narrative about the Jews to the one Hitler, Goebbels et al had so successfully woven, not only in Nazi-occupied countries but in the Allied ones. The Bergson Group can be credited with FDR’s creation of the War Refugee Board in 1944. but even if the figure often given for that agency’s record of saving Jews is correct, 200,000 lives is a drop in the ocean compared to the number of victims.

Why was he able to get prominent non-Jews to participate in his public rallies against Nazism?

It is a testament to the degree of diversity and tolerance that actually did exist in our country, even back then; we are a nation of immigrants, and that was true in the ’40s, even among some members of Congress. The Bergson Group reached out to other nationalist groups — the Irish, Yugoslavs, Czechs, Polish, Koreans, Chinese and Free French. Congressman Will Rogers Jr., who was part Native American, became an increasingly passionate champion of Jewish rescue, lobbying the Roosevelt administration to establish an agency.

With the increasing prevalence of anti-Semitism in the United States and shootings at synagogues, what contemporary relevance does Hecht’s record have for us? What lessons can the Jewish community learn from his work and successes?

Hecht would understand today’s rising anti-Semitism as the consequence of what happens when we let bigotry, of any kind, go on the march. He would probably offer the same explanation for the rising anti-Semitism in America today as he did for the one he perceived in the early 1940s. … The more hate that hangs in the air at any given political moment, the more agitated people on the fringes of the spectrum will become, and the more liable they are to take action, whether that involves marching in the streets with tiki torches, or storming into synagogues with guns.