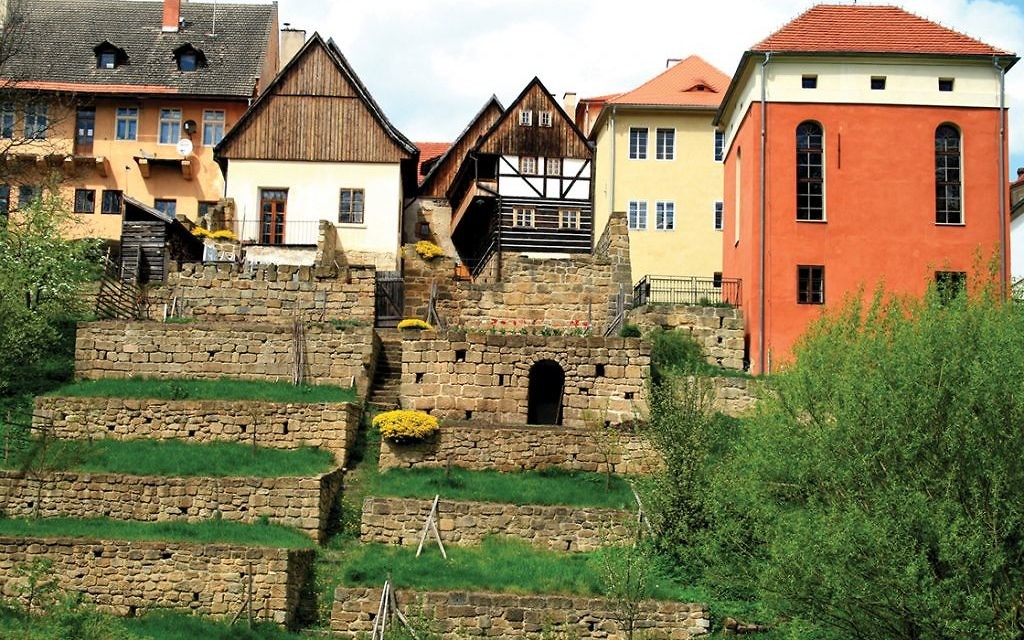 From Poland to Portugal, nobody knows Jewish Europe like Ruth Ellen Gruber.

On a given week, the Philadelphia-born journalist might be checking out a newly opened museum, inspecting the restoration of a prewar synagogue, or picking her way through forest brambles in search of long-lost tombstones. That explains how Gruber found herself recently in the wilderness south of Prague, where she stumbled onto an 18th-century Jewish cemetery in a clearing near a faded sign marking “Synagogue Street.”

“Here’s this place in the middle of nowhere, and actually, there used to be a synagogue here,” recalled Gruber, who was sleuthing with the aid of locals. “It gave me that sense of discovery that I used to find everywhere. When I find a place that thrills me or makes me feel that sense of wonder again … I loved it.”

The thrill of discovery is something Gruber shares with a growing number of enthusiasts through the website she oversees, Jewish Heritage Europe. A project of the Rothschild Foundation (Hanadiv) Europe, JHE is a comprehensive web portal for all things Jewish overseas: festivals, institutions, scholarship, synagogues and cemeteries.

Under Gruber’s direction, JHE has evolved into an essential travel resource. With an engaging redesign and the recent launch of “Have Your Say,” a feature that invites interactive commentary, JHE makes Jewish Europe more accessible — and more communal — than ever.

Gruber has long occupied a front-row seat for the show that is modern Europe. Since the 1970s, she has reported from abroad for many major news outlets in North America; currently JTA’s senior European correspondent, next summer she will lead her first European Jewish heritage tour for The New York Times.

When we caught up last week by phone, Gruber was back at her home in an Umbrian village after spending Yom Kippur in Budapest, where she also keeps an apartment. I asked Gruber if she had witnessed any of the migrant turmoil that had put Central Europe in the headlines.

She hadn’t; by the time she’d reached Hungary, the migrants had moved on. Driving east from Bratislava, Gruber saw humongous traffic jams on the road to Vienna. But Budapest appeared devoid of any trace of the human drama that had enveloped it just days earlier. “It was beautiful late summer weather, lots of tourists, open-air cafés,” she recalled. “It all looked perfectly normal — weirdly so.”

Fresh off a semester-long stint as Arnold Distinguished Visiting Chair in Jewish Studies at the College of Charleston, Gruber was eager to talk up another September happening: the European Day of Jewish Culture, a Continent-wide celebration of local Jewish life — past and present — that draws huge crowds, mostly non-Jewish. Gruber participated in the event’s founding 20 years ago, and as the klezmer concerts and synagogue tours spill over a whole week in many cities, she wishes American Jews would get more involved.

I pointed out that the first week of September is a hard sell for Americans — but those who do go are profoundly moved by the sight of Europeans, many of whom have never met a Jew, cherishing a part of their collective culture that until recently was ignored or shunned. That goes to the heart of Gruber’s philosophy, which holds that Jewish heritage is everyone’s heritage; historic synagogues are no more sights for Jewish tourists only than cathedrals are for Christians only.

Europe’s newfound appreciation for Jewry explains what Gruber cited as the most exciting trend — the proliferation of Jewish museums, many of which employ novel formats to engage travelers along with wider audiences.

The best known of these is the 2-year-old Museum of the History of Polish Jews in Warsaw, whose “virtual shtetl” has created a worldwide online community and established a model for 21st-century outreach. “It has a tremendous amount of impact; it’s a social network,” said Gruber.

But other new museums deserve attention, including those in Bratislava, the Portuguese Azores, Bavaria, Padova. This last one, in an overlooked but stunning city, is among a series of destinations travelers can investigate on the Italian Jewish Community’s new “virtual tours.”

And the recently unveiled Czech 10 Stars Project offers travelers a Jewish itinerary that, in covering 10 far-flung destinations, is a comprehensive look at a little-seen land. “It’s kind of like a national museum project,” said Gruber. “And it’s a way to see the country. I love traveling in the Czech Republic, because there aren’t any tourists outside of Prague, really. Those little villages are gorgeous.”

Gruber has enormous affection for the modest, out-of-the-way markers of Jewish life found throughout rural Europe — something that most Americans, who tend to hit the cities by train, never see. In Lithuania, Gruber is excited about the restoration of one of the last prewar wooden synagogues: “They survived by being nondescript,” she explained. “People thought they were barns and ignored them. It’s a whole story of survival, anonymity, neglect, near-death in a fire, and now resurrection.”

In a way, the wooden synagogue is also a metaphor for European Jewry — and it explains the passion Gruber brings to a tangible heritage that compels, not only with its grandest temples, but in its quietly vivid corners as well.