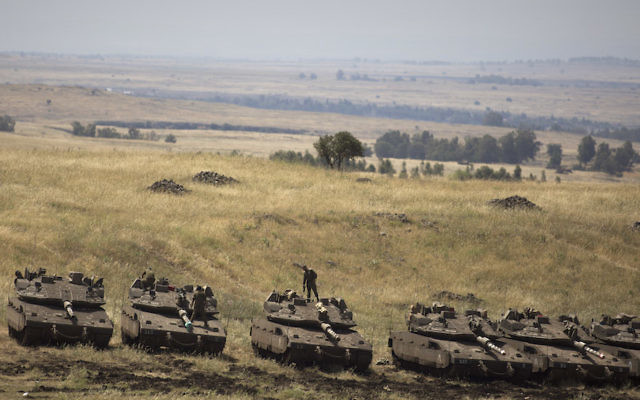 It’s only fitting that 2018 ended with political turmoil and confusion in Washington and Jerusalem. It was that kind of year.

With President Trump’s sudden announcement to pull out the 2,000 U.S. troops who have played a role as buffer in war-torn Syria, followed by the resignation of Defense Secretary Jim Mattis over that move and other foreign policy disagreements, critics and allies of the president have spoken more openly about his ability to govern.

One prominent U.S. general referred to Trump as “a rogue president” this past week and an editorial in the conservative Wall Street Journal described the president’s actions as that of “a raging bull.”

How this will play out in the new year, with the Democrats controlling the House, and the president increasingly relying on his own instincts, remains to be seen.

As noted in our editorial last week, Trump’s decision to pull out of Syria could have serious consequences for Israel, which is already playing a difficult role in trying to secure its citizens from the chaos of the Syrian civil war, complicated by the presence there of Iran and Russia. Now, with the U.S. leaving, Moscow and Tehran will become an even bigger problem. Officially, Israel is saying, in effect, what it has always said: “We can defend ourselves, thank you.” But Iran will now have a straight path on land to Israel’s northern border. It will be that much more difficult for Israel to stay out of a war that has already claimed a reported half-million lives, flooded Europe with immigrants and become a potential ignition point for a world war.

Until now, Israeli Prime Minister Netanyahu has handled the political and military situation in Syria extraordinarily well. He has visited Moscow a number of times, trying to convince Vladimir Putin to make sure Israel doesn’t get caught in the cross-fire. At the same time, he has called for air strikes to keep Hezbollah fighters from receiving dangerous arms from Iran, which aims to establish its own military presence in Syria.

But Netanyahu is facing serious new problems on several fronts. The U.S. pullout creates a dangerous vacuum in Syria, Putin has snubbed him since Israel shot down a Russian plane over Syria, and on the domestic front, the drumbeat of an indictment increases as the prime minister has been accused of political corruption in several cases. Now it’s been determined that Israel will hold elections April 9 — they were scheduled for November of this year — and there is much speculation that the timing was calculated to improve Netanyahu’s chances for political survival. The thinking is that Attorney General Avichai Mandelblit will hold off on the indictment decision until after the elections so as not to appear to be influencing the voting. But that could all change. Even if Netanyahu is indicted, he could stay in office legally — and he could be re-elected. Most recent polls indicate a big win for Likud; only 37 percent of Israelis polled want Netanyahu as prime minister but that’s more than double the number for anyone else. Many Israelis may not like Netanyahu personally but don’t see an alternative candidate they trust as they do him on foreign policy and issues of security.

If nothing else, we were reminded in 2018 that politics is volatile and unpredictable and that nothing should surprise us in the new year.