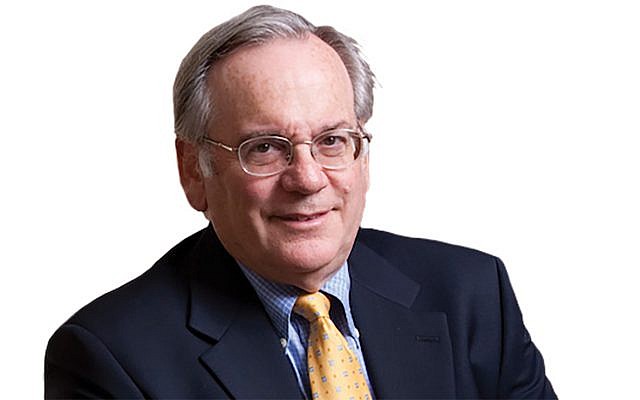 Dr. Mark A. Israel, a pediatric oncologist who is prominent in the field of cancer research, recently marked the one-year anniversary of his appointment as national executive director of the Israel Cancer Research Fund (ICRF), the largest nonprofit organization dedicated solely to funding cancer research in Israel. (It has helped fund two Israeli researchers who won a 2004 Nobel Prize for work that led to a breakthrough drug to treat multiple myeloma.) Israel, who lives in Manhattan, previously served as director of Dartmouth College’s National Cancer Institute-designated Comprehensive Cancer Center.

Q: What have you learned in the last year about the role of ICRF in funding cancer research?

Israel: ICRF fills a key gap by providing financial resources, especially for the initiation of novel studies and for the collection of data that can be used to build out the scope of key projects. ICRF grants focus also on accelerating work in uniquely exciting areas and in supporting collaborations that impact significantly in speeding discoveries from the laboratory into the clinic.

It used to be that a diagnosis of cancer was viewed as a death sentence. Is that still largely the case?

I never knew anyone who had the diagnosis of cancer who didn’t consider it a transformational moment. It is still a very, very scary event. There are some cancers that are easily treated. But cancers of the colon breast, prostate and lung — the most common tumors of adults — can have unpredictable outcomes. That does not mean one’s life can’t be prolonged, but once these tumors are advanced, a cure is difficult to achieve.

Further, once cancers become metastatic, conventional treatments are more limited. Fortunately the use of immunotherapy and some targeted therapies have shown significant impact on metastatic diseases.

What are the singular opportunities you see for advancing the cancer research efforts in Israel?

The big opportunity is to more robustly fund investigators in order to allow them to reach their full potential. Research is expensive, and we haven’t tapped the full potential of Israeli research. Also, with more adequate funding we could attract even more investigators to cancer research to make an even greater impact.

We receive about 160 requests each year to fund grants and can only fund about 30. We have a very stringent peer review process that brings together 50 to 60 leading North American scientists to prioritize the grants for funding. Last year, we funded a total of 77 multi-year grants for about $4.5 million. Overall, we have funded about 2,500 grants with about $70 million since our inception 45 years ago. We do not receive any money from the state; it is all from private donations and foundations, much of it from North America.

There has been a reported 25 percent drop in the mortality rate from cancer over the last 20 years. Why is that?

The greatest proportion of this drop reflects progress with prevention programs, improved earlier diagnosis and better treatments. It is still a huge public health problem and the second most common death in the U.S. Soon it will overtake cardiovascular disease, which is No. 1.

How do Israeli cancer researchers compare with those in the U.S.?

The top researchers in the U.S. and in Israel are virtually identical; both are really outstanding. But I think the overall quality in Israel is stronger because there are fewer opportunities and only the best of the best have the opportunity to become scientists.

What are some of the most exciting new developments in cancer research?

Two areas that I believe are the most exciting are immunotherapy and targeted therapy. These are areas in which Israelis have made important contributions. On a per-capita basis, the impact of Israeli science is uniquely strong.

In the case of immunotherapy, the most recent Israeli contribution has been CAR-T cell therapy — immune cells are removed from a cancer patient’s body and manipulated in the lab to be more effective killers of tumor cells. They are then reinfused into the cancer patient. As a result, there are forms of leukemia that can now be cured and this therapy is also being studied for many other cancers. The ICRF currently has a partnership with the Cancer Research Institute, the largest nonprofit to fund immunotherapy research in Israel.

Regarding targeted therapies, proteasome inhibitors are among the best known and are based on the work of Israeli scientists. These are small molecules that inhibit the destruction of proteins in cancer cells. Three drugs of this class are approved for use in treating multiple myeloma, which is now considered a chronic disease for many patients.

Yet, there is still no magic bullet.

There have been some promising breakthroughs in Israel in recent years. Would you please describe some?

One really exciting discovery of great potential is a new prognostic test for high-grade brain tumors which can predict with considerable accuracy whether current therapy will work, as well as other efforts to silence the cancer genes that drive brain tumor cells to proliferate.

In addition, there have been remarkable advances in identifying immunological mechanisms that can be targeted in cancers of the lung and gastrointestinal tract, and complementary work examining the impact of the bacteria that individuals harbor in their gut in responding to cancer therapy.