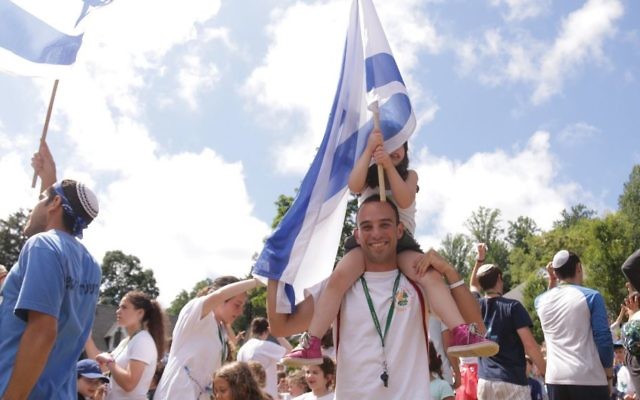 Every morning at Camp Ramah in Nyack, the 250 staff members assemble on the central field, called by its Hebrew name “migrash,” and dance to Israeli pop music as the children run down the hill from their buses. At 9 o’clock, the camp director greets the crowd with a Hebrew phrase for good morning, “boker tov.” For some of the campers, the Hebrew doesn’t stop there.

In the day camp’s Sha’ar program, Israeli counselors shuttle campers between activities — swimming, arts and crafts, sports — all while speaking only in Hebrew. The program, now in its fifth year, serves about 15 percent of the campers entering kindergarten through fourth grade.

“They’re going to do everything they do in camp, we’re just going to be doing it in Hebrew,” said Rabbi Ami Hersh, associate director of the camp, which is part of the Conservative movement.

Counselors use creative tricks to circumvent some of the language barriers, using repetitive songs and phrasing that children learn to recognize easily. Names of colors are often used as directives, such as “adom,” meaning red, instead of saying “stop.” Counselors frequently use hand motions when speaking to the campers to help them understand new words. 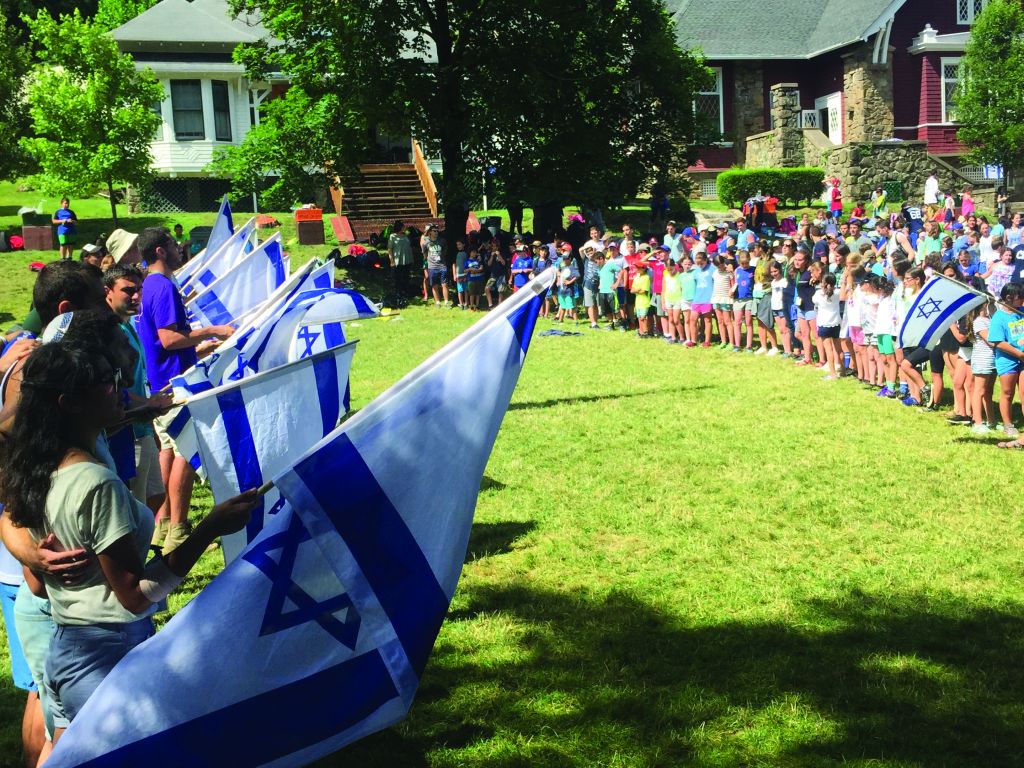 Of course, some activities are more suited to children picking up language than others. The campers quickly understand questions such as “mi rotze glida,” meaning “who wants ice cream.” Lunchtime gives children an opportunity to have unstructured conversations with their counselors in Hebrew without the constraints of an activity.

“Most of the learning takes place at unexpected moments.”

“Most of the learning takes place at unexpected moments, and it takes place when the kids are motivated to want to express themselves,” said Eli Schaap, senior vice president of the Steinhardt Foundation for Jewish Life, which has supported the program since its inception through its Kayitz Kef initiative.

The Hebrew-immersion program, coordinated by the Foundation for Jewish Camp, has expanded to other summer camps across the country, including several JCC camps. In addition to the camp program, the Steinhardt Foundation supports organizations that make up the Hebrew charter school movement, which seeks to expand Hebrew-language study in publicly funded charter schools.

Though the camp program has proven to be a success over the last five years, camp director Amy Skopp Cooper says that was not immediately clear when it was first launched.

“We were saying to the parents, we don’t know, we can’t tell you if this program is going to continue next year,” said Skopp Cooper. “During the first three weeks, we were seeing no language production and we were not sure if children were learning anything.”

“I think it changes a lot of minds to come here and see different ways to be Jewish.”

They nearly gave up, until “suddenly it started happening” and the children started producing language themselves. Now, with campers returning to the program year after year, the learning happens faster. “After a week, you see the kids starting to use Hebrew that you didn’t even teach them,” said Yotam Levin, assistant director of Sha’ar.

For Dor Levy, the head of the staff’s Israeli delegation, the program’s impact extends beyond the campers’ knowledge of Hebrew, strengthening the relationship between American and Israeli Jews. He said the Ramah camps “change my country for good.”

“I think it changes a lot of minds to come here and see different ways to be Jewish,” said Levy. He says he and others have found their Jewish identity working at the camp and it makes them want “to be part of the Judaism in Israel when you come back.” For Tamir Lapidot, who had to step away from his campers to be interviewed so they would not hear him speak English, his first summer at Ramah has had as much of an impact on him as on his campers. “I also feel my Jewish identity developed in the community,” said Lapidot.

“It’s the relationship back and forth that makes me so proud to say what starts here has a long-lasting impact on the American-Israeli dialogue and the narrative that will develop,” said Hersh. “They really believe they’re part of a mission greater than anything else we do here.” 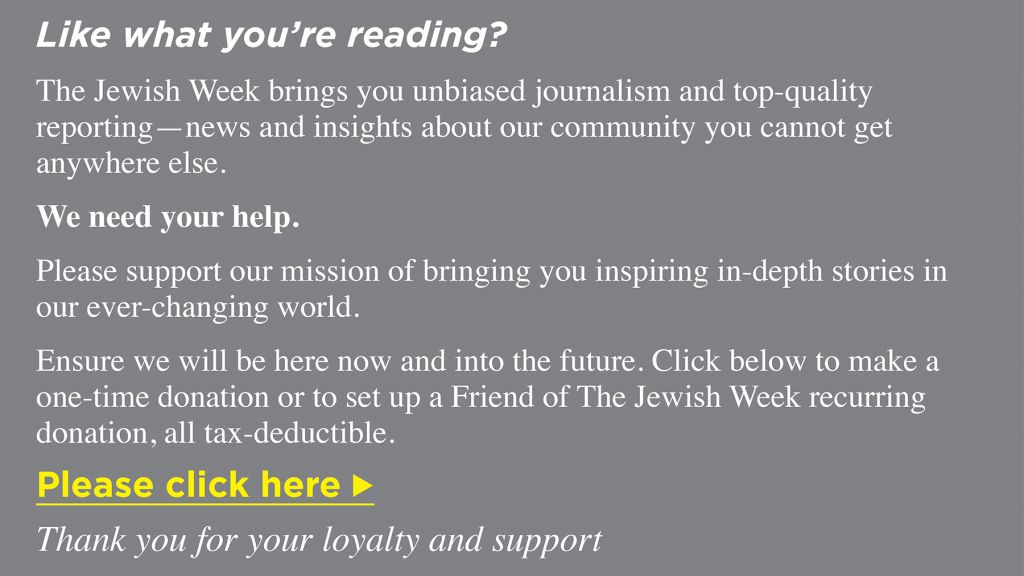