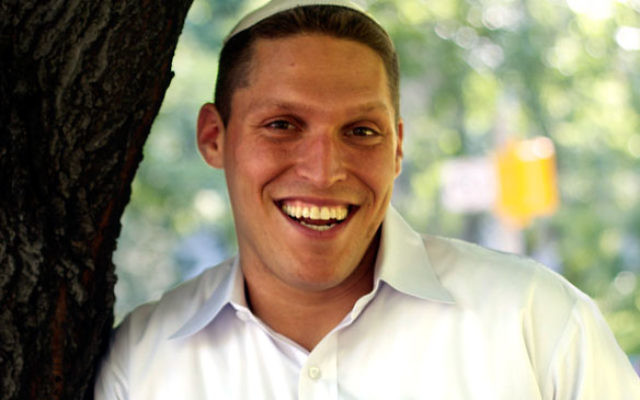 Do you find yourself digging around for that last drop of beef in the Shabbos cholent pot? Dig this: all the beans you’re passing might be the real Shabbos treats!

Almost daily, new reports are released describing the serious health risks of meat consumption. Harvard and National Cancer Institute researchers have recently added to data showing the link between meat consumption and premature death. One must wonder if based upon the Biblical obligation to guard our health (Deuteronomy 4:15), we must inquire as to whether it is now forbidden to consume meat on the grounds of health alone, not to mention ethics.

As if this were not enough reason to reduce red meat consumption, researchers from the Harvard School of Public Health have now found that there is also an increased risk of type 2 (adult-onset) diabetes. Eating one hot dog a day (50 g of processed meat), for example, produced a 51 percent increase in risk for diabetes. This can further exacerbate risk factors for early death, such as hypertension, high total cholesterol, bad cholesterol, and triglycerides, which are associated with red meat consumption.

Unfortunately, the new tempting in-vitro meat (lab created!) may have serious health concerns as well. However there are plenty of bean, nut, grain, and vegetable alternatives to meat where one can attain all of the necessary protein, iron, and vitamins and nutrients needed for a balanced diet. These options have the added benefit of reducing your risk for early death. For example, researchers from the Harvard School of Public Health reported that replacing one serving of red meat with nuts could reduce mortality risk by 19 percent.

To fulfill our life missions as happy and effective individuals, we must proactively embrace the healthiest of lifestyles. Rabbi Samson Raphael Hirsch explains this mitzvah: “Limiting our presumption against our own body, God's word calls to us: ‘Do not commit suicide!’ ‘Do not injure yourself!’ ‘Do not ruin yourself!’ ‘Do not weaken yourself!’ ‘Preserve yourself!’…You may not . . . in any way weaken your health or shorten your life. Only if the body is healthy is it an efficient instrument for the spirit's activity….Therefore you should avoid everything which might possibly injure your health. . . . And the law asks you to be even more circumspect in avoiding danger to life and limb than in the avoidance of other transgressions.”

The prohibition of eating meat with milk may be an attempt to reduce our meat intake. My revered teacher Rabbi Shlomo Riskin, the Chief Rabbi of Efrat, explains that “The dietary laws are intended to teach us compassion and lead us gently to vegetarianism.”

Preserving one’s health is one of the highest commandments in Jewish law. If one’s health is in jeopardy, one must eat forbidden foods, violate Shabbat, and even eat on Yom Kippur (Pesachim 25a). Perhaps the reason God originally created humans to be immortal, according to the Torah, is linked to the mandate for humans to live off a vegetarian diet. The concession after the flood permitting the consumption of meat is, in the modern world, linked to shorter life spans.

Good tasting protein alternatives are now easily available. There is very little sacrifice to becoming vegan, vegetarian, or to merely reducing one’s meat intake. If not for moral reasons, do it for health.

Anyone can do a “meatless Monday,” but maybe try a “meatless month!” Perhaps it won’t be as challenging as you expect. For the health reasons pulling us toward reducing our meat intake, it’s worth a shot.

Rabbi Shmuly Yanklowitz is the Founder & CEO of The Shamayim V’Aretz Institute, the new Jewish vegan movement and the Founder & President of Uri L’Tzedek. Rav Shmuly’s book “Jewish Ethics & Social Justice: A Guide for the 21st Century” is now available on Amazon. In April 2012, Newsweek named Rav Shmuly one of the most influential rabbis in America.