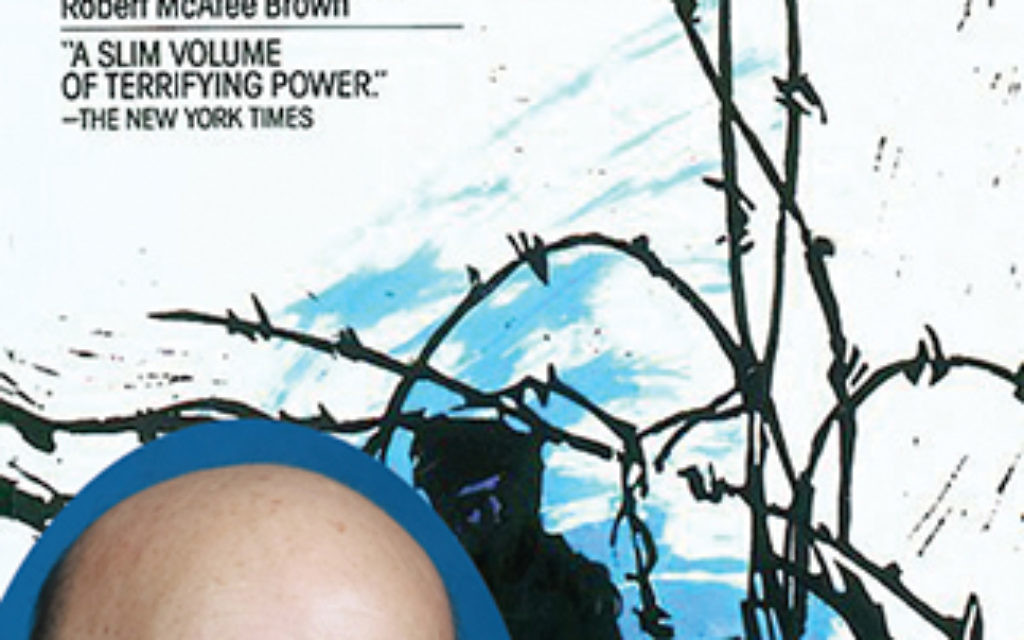 A native of Highland Park, N.J., Alan Berger is a leading academic scholar of the Holocaust. He holds the Raddock Family Eminent Scholar Chair for Holocaust Studies at Florida Atlantic University in Boca Raton, and previously founded the Jewish Studies Program at Syracuse University. Among his many books is “Children of Job: American Second-Generation Witnesses to the Holocaust” (SUNY Press), for which Elie Wiesel wrote the introduction.

In a telephone interview Tuesday with The Jewish Week, Berger spoke about Wiesel’s literary influence and the impact of his groundbreaking memoir, “Night.”

This is an edited transcript.

Q: Many of us associate the 1978 NBC “Holocaust” docudrama with the rise of public consciousness about the Shoah in this country. What role did “Night” play in educating people of a previous generation about what happened to Jews in Nazi Europe?

It’s apples and oranges. “Night” is a text. Television is a visual text … it reached a wide audience. “Night” educated students in colleges and high schools; it is the foundational text for the study of the Holocaust. It has become canonical.

There is seemingly no end of memoirs written by Holocaust survivors. What was so remarkable about “Night” that has made it such a classic?

The style, the language. He let silence be articulated. At one point [in “Night”], we witness a son beating a father for a crust of bread, and in turn being beaten to death by other inmates. What does he [Wiesel, the author] think, what was he feeling? He doesn’t tell us. He wrote, “I was 16.” You fill in the blanks.

Most Americans’ introduction to the period of the Holocaust was “The Diary of Anne Frank.” How did “Night” compare?

One major difference is that Anne died; he survived. We used to say that “Night” began where Anne Frank’s diary ends. Both bring the reader into consciousness of the depth of the evil, the suffering. [“The Diary,” which ends at the Frank family’s arrest] doesn’t really get at the whole process of murder.

“Night” was not a bestseller, at first. How, when and why did it become the book to read about the Shoah?

“Night” not only was not a bestseller, many publishers rejected it. Primo Levi’s “Survival in Auschwitz” suffered the same fate at first; it too became a bestseller. Nobody was talking about [the Holocaust] for the first 20 years [after the end of World War II]. People were not ready for it. American audiences were not ready [in the early 1960s] to confront the horror of the crime. Gradually, people became aware of the depth of the evil. With the passage of time, more facts became known. The Eichmann Trial sensitized the world to the depth of [Nazi] depravity. People began to look for memoirs.

How much of the popularity of “Night” was due to Mr. Wiesel’s persona, the image of him as a modern-day prophet and a voice of conscience?

Elie Wiesel is the message … a man whose traditional image of God and faith is shattered. But he still needs God — not the same God he had as a child. His persona was so special. His charisma was in his voice. He was a voice for morality. His questions about God later became questions about man. In “Night,” he takes classic paradigms of the Jewish tradition and subverts them. The book is an indictment of God and man.

While many people in this county are familiar with Mr. Wiesel’s works, Primo Levi is arguably more well-known in parts of Europe, and Aharon Appelfeld in Israel. Do their styles, message and approach to the Holocaust differ?

Each of the three had different styles.

Appelfeld treated the Holocaust by indirection. Holocaust imagery does not come up — he does not come out and tell us about death camps, about roundups, about torture. He talks less about God than he does about psychological, historical issues.

Levi was a great stylist; his work as a chemist influenced the way he thought. Levi said he could not believe [in God]. He was fascinated by Wiesel, who could believe.

“Night” is part of the New York State Holocaust curriculum. Has it become required reading for high school and college students around the country? In other words, can one study the Holocaust without reading “Night?”

It would be difficult.

Was it ever a tough sell to add such a searing book as “Night” to literature that young people read?

I would not assign “Night” to a fifth-grade class. It’s important to teach age-appropriate material.

What reaction has “Night” had among the non-Jewish students who have been part of your classes over the years?

That is part of his genius. He’s had an impact on students of all religions and races. He has impacted the Christian world to an amazing extent. In the days since Wiesel’s passing, I received email messages [of condolence] from many students, many of them not Jewish. I think Elie would have been very proud of that.