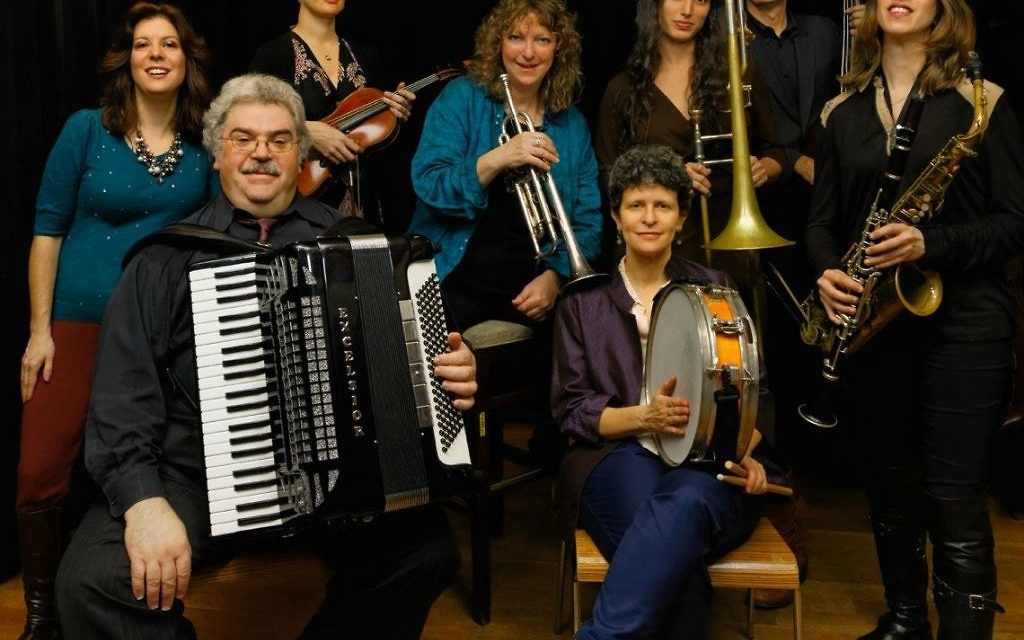 For many, the winter holiday season can sometime feel like elbowing for room at the family table: Chanukah, Christmas, Kawaanza, Solstice, (Festivus!)…the list goes on.

But this year, latkes came with a slice of pumpkin pie. And while it was nice to spin the dreidel in-between bastings, for many the Festival of Lights should come with a side of snow.

Here then are eight ways to rekindle the holiday spirit, and have yourself a happy (second) Chanukah:

• Comedy: The Jewish Week presents Christmas Eve for the Jews at City Winery. A tradition since the 1990’s, this year join Joel Chasnoff, Judy Gold and Todd Barry for an evening that’s sure to make your stomach shake like a bowl full of sufganiyot. Kosher and non-Kosher wines served. Tuesday, December 24; Doors open at 6 PM, Show starts at 8 PM. City Winery, 155 Varick Street, New York. Tickets $18. (Currently sold out. Sign up on the website for the virtual wait list.) VIP post-show reception $50.

• Art Museum: School out of session? Why not visit the Jewish Children’s Museum for Art Week, December 22, 2013-January 1, 2014, where kids can try their hand at Japanese Marble art, create their own stained glass window panel, or contribute to a collective mural for the Westchester Children’s Hospital. Then on December 25, come see the Artists in Action (and work with them, too!) Check out the December 13 issue of The Jewish Week for special coupon codes.The Jewish Children’s Museum,792 Eastern Parkway, Brooklyn, NY. Tickets $13 General Admission, $10 Seniors; children under 2 are free.

• Blog:If you’re planning a staycation, break out your iPad and snuggle up with one of the internet’s best treasures: PopChassid. From his viral post, “I Didn’t Love My Wife When We Got Married” to his ode to tzitzis in “The Man In A Skirt Who Convinced Me To Be A Proud Jew,”PopChassid covers everything from the Jewish experience, to armchair essays on the state of pop culture and the American dream. And if that weren’t enough, the author, Elad Nehorai, offers a short ebook for just $1, 10 Survival Tips for Baal Teshuvas: a collection of tried and true tips for the challenges that come along with the life of choosing to become a religious Jew.

• Book: For the past 20 years, The Jewish Week’s own editor and publisher Gary Rosenblatt has been delighting readers with his weekly editorial, “Between the Lines.” Whether sharing his wry remembrances of growing up as the rabbi’s son in Annapolis, Maryland, his prescient analyses of the Mideast situation, or his groundbreaking vision of what it means to be a people set apart in a society that blends together, Gary Rosenblatt’s wit and wisdom is the perfect gift for friends and subscribers alike. Between the Lines, $24.95 plus shipping and handling. Please allow three weeks for delivery.

• Volunteering: ‘Tis the season for a mitzvah. On Christmas Day, The Parker Jewish Institute for Health Care and Rehabilitation is looking for a few volunteers to transport the residents/patients to their religious services and a special holiday luncheon. Volunteers must be at least 16 years of age and have a valid driver’s license. Wednesday, December 25 from 9 AM-3 PM.Parker Jewish Institute, 271-11 76th Avenue, New Hyde Park.

Emily C. A. Snyder is an internationally published and produced playwright, whose work has been seen from Christchurch, New Zealand to Dublin, Ireland. Her five-act iambic pentameter play, Cupid and Psyche ~ A New Play in Blank Verse will be produced off-Broadway for Valentine’s 2014. She is a member of the staff of The Jewish Week.