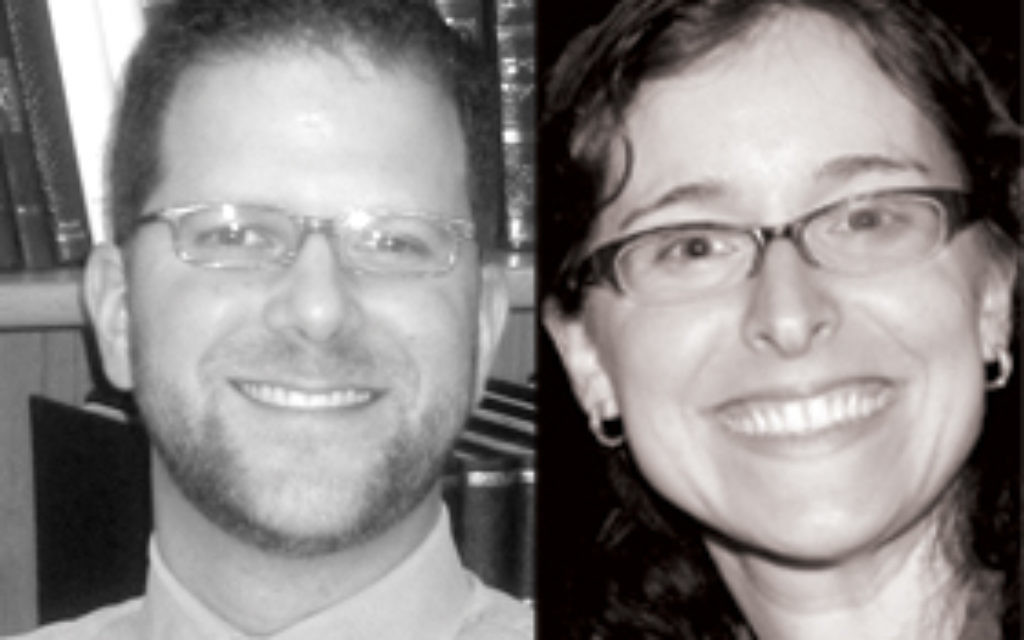 Underscoring its commitment to pluralism, attracting high-quality educators and the expansion of its educational work, the Shalom Hartman Institute of North America hired Elana Stein Hain and Rabbi Leon Morris to new positions this week. The move solidifies the institute’s increasing role in its effort to develop and teach new ways of exploring Judaism, Israel and the relationship between North America and the Jewish state, with an emphasis on textual study.

Stein Hain, who in April will become director of leadership education, has been a member of the Orthodox clergy of Lincoln Square Synagogue for almost six years. Rabbi Morris, who this summer will begin as American vice president for programs in Israel, has been the spiritual leader of a Reform congregation in Sag Harbor, L.I., and was founding director of the Skirball Center for Adult Jewish Learning at Temple Emanu-El in Manhattan.

Yehuda Kurtzer, president of Shalom Hartman Institute of North America, said that bringing on “two master educators” was in keeping with the institute’s goal to train and develop thought leaders. In the four years that Kurtzer has been at the helm, the institute has increased its presence in North America, growing from a staff of three to 17.

Part think tank and part teaching program, the institute “develops ideas and takes them out to the field,” Kurtzer said. It is best known for its iEngage Project, an adult education program offering a new narrative about the importance of Israel for Jews everywhere, focused less on crisis than on Jewish values and ideas. The institute also creates curriculum and delivers it as “frontline carriers,” according to Kurtzer, to a number of partner-organizations, including Hillel, the Conservative movement and the Union for Reform Judaism, where the institute was involved in the programming for the recent URJ biennial.

Stein Hain will be based in New York and serve as a lead faculty member, overseeing the content of lay and professional leadership programs. She said she has loved her tenure at Lincoln Square, where she was a popular fixture, with the title community scholar, and that leaving will be “bittersweet.” But she said she was drawn to Hartman’s ability to provide “sophisticated education for the Jewish future,” and to its “unique standard of leadership.”

The faculty, here and in Israel, is made up of scholars “thinking optimistically and out of the box about big ideas in the Jewish world and how to enhance the conversation,” she said, adding that “the importance of hearing multiple voices speaks to me very deeply.”

Rabbi Morris will be based at the Hartman institute’s home base in Jerusalem where he will oversee the content and operation for all programs for North American constituents, including two new initiatives. One is a gap-year program in Israel for 20 North American and 20 Israel high school graduates from a range of backgrounds and perspectives. Created in coordination with Hebrew College of Boston, it will be called “Hevruta” (study partner), and will combine text study, travel in Israel and three weeks in North America over the course of 10 months, geared to deepening the relationship between future American and Israeli communal leaders.

The other new program will be providing educational content for rabbinical students from Hebrew College in Boston during their academic year in Israel.

Rabbi Morris said that after he and his wife, Dossie, decided to make aliyah, “this was a wonderful opportunity,” given his admiration for the work Hartman does and his long interest and involvement in pluralistic education. He has taught in adult study programs across the denominations, and notes that “deep Jewish learning has always transcended the narrow divides.

“I see the model of the beit midrash [study hall] as a primary model of Jewish life, with a diverse group of people studying a text,” Rabbi Morris said. “I think we are ready for it [pluralism] as a community.”