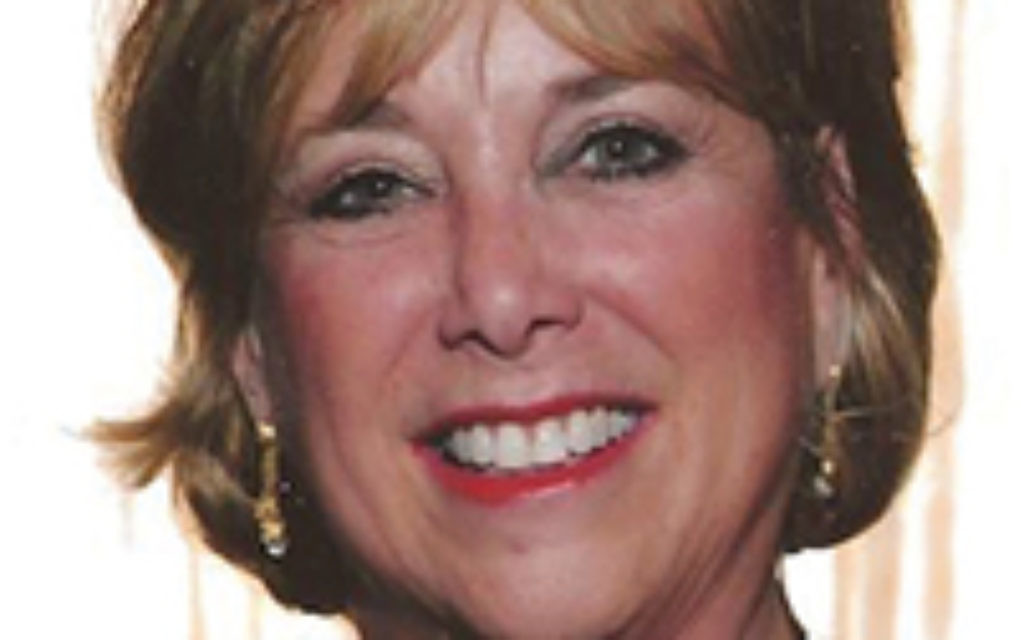 A recent study conducted by the Women’s Philanthropy Institute at Indiana University – Purdue University Indianapolis confirmed prior research that women are more likely to donate funds than men. But why?

“Women are giving more to causes and to areas where they really see a difference that they’re making, and men tend to generally give because somebody asked them to. They’re not as emotionally connected,” says Nina Paul of Cincinnati, the national president of Jewish National Fund’s (JNF) Women for Israel (WFI) campaign since October 2015.

Regardless of the motivations behind trends in giving, Paul is harnessing the power of women’s philanthropy to fuel the high ambitions of WFI, whose goal for 2016 is to raise $20 million for every $100 million raised by JNF’s national annual campaign. According to Paul, the group is already $3 million ahead of where it was last year at this time.

The WFI project began in 1998 with the creation of the Sapphire Society, which requires a minimum gift of $5,000 to join and has raised more than $50 million to date. The idea, Paul tells JNS.org, “was that women can really lead the way and many times bring the men into [philanthropy].”

“When [women] see a need of a child, or a person with a disability, or just people in general, we have that tug at our heartstrings, saying that we want to help, we want to be there, we want to make a difference — understanding what the government of Israel would love to do, but just is not capable of doing at this point,” says Paul. “And that’s where we step in. We see a need, and we try to partner with other organizations with the same vision.”

Paul — who had a 30-year career in jewelry before selling her business — routinely travels across the U.S. to speak about the need to support the land and people of Israel, and to organize the efforts of local WFI chapters. In particular, JNF points to the success of the Denver, Phoenix and Los Angeles chapters. Denver’s group designed a slate of eight annual parlor meetings with unique speakers, in the process attracting 100 new chapter members and significantly raising revenue.

For Paul, familiarity with both philanthropy and Israel started early in life. She says she grew up in a philanthropic household and attended Zionist summer camp starting at age 14, then made frequent trips to Israel beginning at age 15.

Upon moving from Los Angeles to Cincinnati, she says she “needed to find friends, people with common interests, and I found myself one day at a JNF meeting.” Like some other Jews, she initially didn’t know very much about JNF beyond the organization’s efforts to plant trees in Israel. But she discovered much more.

“I just found my ‘family’ when I got there,” Paul says. “People with similar backgrounds, histories, and passions. And I just felt that if I can’t be living in Israel, which is what I really wanted to do, this [JNF] was the closest thing connecting me with Israel.”

The initial breakthrough of the JNF Women’s Sapphire Society was its work on creating Zuqim, a southern Israeli town in the Arava region.

“All we saw were sand dunes, but we knew this is where we wanted to build a new non-agricultural community where the second generation would stay in the south [of Israel] and new people would come,” Paul says.

Eventually, the development of Zuqim became a template for JNF’s broader “Blueprint Negev” campaign, which seeks to transform southern Israel into a region more capable of offering attractive job and living opportunities. Zuqim, in particular, turned into what Paul calls “quite a unique artists’ colony.”

Pointing to another women’s philanthropy success in the area of the development of Israel, Paul recalls partnering with Cincinnati’s Mayerson Foundation on the issue of inclusion—for people both with and without disabilities. The foundation, given its goal of making all of Cincinnati an inclusive city, including through the creation of an inclusive park, gave Paul an idea for Israel.

“I told [the Mayerson Foundation], ‘You did great things here, let’s do something in Israel,’” she says. “And they said, ‘Let’s make all the parks in Israel inclusive,’ like the one in Cincinnati. All the new parks that are being built now [in Israel] are inclusive.”

As it turns out, inclusion is a highly personal cause for Paul, whose son Max had a rare brain tumor removed at age 8 and has gone on to live with behavioral issues. Paul also grew up with a brother who was born with brain damage.

What Paul says she wishes Max had earlier in his life was a facility like Aleh Negev-Nahalat Eran, a rehabilitation village and JNF partner organ-ization that serves people with severe disabilities in southern Israel.

“When I came to Aleh Negev, and I saw this facility, the beauty of the place and the wonderful people and therapies they offer, I just started to cry, because I said, ‘My God, had we had this kind of a facility in the [United] States when I was searching…it would have made a huge difference [for Max].’ And that’s when I said, ‘OK, this is where my heart is in the work I do with JNF,’” she says.

When it comes to giving for Israel, Paul is direct. “It’s the Jewish state and our homeland. We have a responsibility to take care of it. It’s a country that’s also doing great things for the world in agricultural and technology, for example. It’s helping the entire world.”