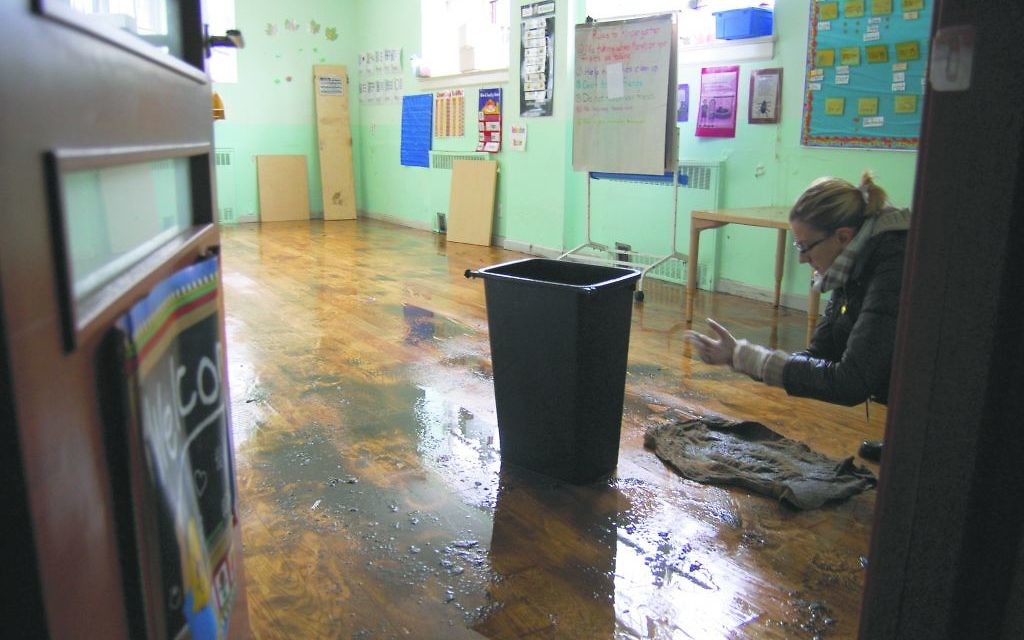 Just 20 miles separate Ramaz and Mazel, two co-ed Orthodox day schools whose names, when rendered in Hebrew, are but one letter apart. But in many ways the two institutions could not be more different. With over 1,000 students, a 75-year history and an Upper East Side address, Ramaz serves some of New York’s most affluent Jewish families.

Mazel, by contrast, was founded just 10 years ago in Brighton Beach by a group of Russian Jewish parents, many of them first-generation Americans, and it has just 140 students. Since its modest Brooklyn facility, and with it the school’s furniture, computers, books and other materials, was devastated by flooding from Hurricane Sandy, Mazel has been holding classes in temporary locations.

While Mazel may be homeless, it is hardly an orphan. In fact, Ramaz, as part of a wide range of hurricane relief efforts (it also donated surplus furniture to Yeshiva of Belle Harbor), recently volunteered to “adopt” Mazel: after consulting with the damaged school’s leaders, the Manhattan school has decided to donate furniture, help re-stock Mazel’s library and direct its own parents to make purchases from Mazel’s book-and-supply wish list on Amazon.com.

Paul Shaviv, Ramaz’s head, said “some mutual visits are also in the works.”

“We understand fully that it will take months for the school to recover,” he said. “We see this as a long-term relationship.”

Ramaz’s gesture is one of many made in the past week to help storm-damaged day schools and yeshivas. Rabbi Shlomo Yehuda Rechnitz, a Los Angeles philanthropist who gives to a variety of Orthodox institutions, donated $1 million — through Torah Umesorah, a national network of Orthodox yeshivas — to assist damaged day schools. Rabbi Zvi Bloom, Torah Umesorah’s executive director, told The Jewish Week that while “exact numbers” have not yet been determined, $600,000 will be divided among about 20 New York-area schools, while the remaining $400,000 will go to various local Jewish community assistance funds that help individuals.

In addition, last week UJA-Federation and the Avi Chai Foundation distributed $500,000 to a total of 437 day school faculty members from 44 schools; among them were 18 employees, or 20 percent of the staff, at Yeshiva of the South Shore, in Hewlett, L.I.

Tzippy, an office worker at the school who did not want to have her last name published, said her Far Rockaway home was flooded with three feet of sewage and her family has been staying with her mother in Brooklyn.

The emergency grant “came at the right time,” she said, noting that she is still waiting to hear from her insurance company yet has had to put money down to pay for mold removal.

Federation and Avi Chai will distribute another $1 million in December for tuition assistance to families unable to pay due to storm-related property losses.

Both sets of grants, while administered through the schools, are for households in Zone A and the South Shore of Long Island that were affected by the storm, rather than for repairs to the schools themselves.

Approximately 15 schools, including the Yeshiva of the South Shore’s early childhood building, withstood serious physical damage. It is not yet clear how much of these schools’ repairs will be covered through insurance and FEMA grants, for which schools are eligible to apply.

Meanwhile, Ramaz is just one of many undamaged schools looking to assist hurricane-impacted ones.

Rabbi Ellis Bloch of the Jewish Education Project’s day school department, which, at Ramaz’s request, connected it to Mazel, said other schools, including the Upper West Side’s Abraham Joshua Heschel School, have also approached him with twinning requests.