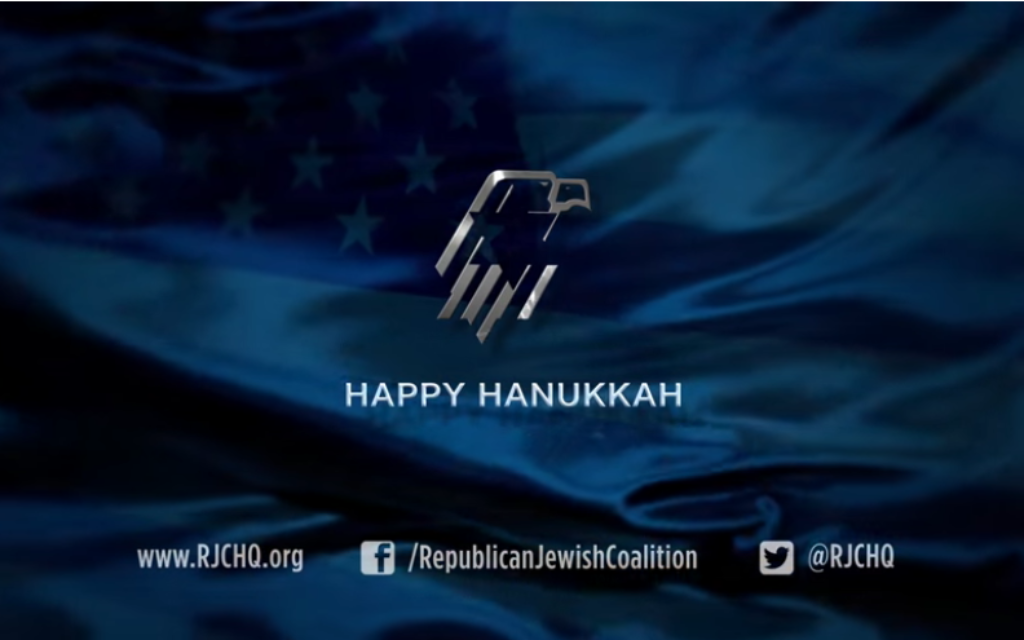 The Republican Jewish Coalition posted on its Facebook page a video featuring 13 out of 14 of the GOP presidential candidates wishing a Happy Chanukah.

Sen. Rand Paul, R-Ky., presumably is missing because he had to opt out last minute from last week’s RJC’s presidential forum due to voting on the Senate floor. (The video was filmed at the forum.)

Most of the candidates ace the “Happy Chanukah” thing, but there are several notes of interest:

Carson asks “Happy Chanukah?” more as an “Am I saying this right?” question than a declaration. Carson, once surging, has been reeling because of his lapses on foreign policy. He seemed subdued at the RJC event, and this may be more evidence of his wondering whether he is ready for prime time.

Former Sen. Rick Santorum, R-Pa., is among the disappeared, the candidates barely registering in the polls. He clearly wanted to get out more than “Happy Chanukah” — Sen. Marco Rubio, R-Fla., who is performing well in the polls, gets in a nice little speech. But I guess, chez RJC, when you’re nowheresville, you get in your “Happy Chanukah” and you get out.

That famous Donald Trump hand-face double take — the semi-circular wave and the pouting bottom lip — is it me, or does it look like he not only just liberated the Temple, he renamed it the Trumple?

Sen. Cruz, R-Texas, delivers a line signaling, by beginning “And,” that it is the sign-off: “And have a wonderful and blessed Chanukah.” That sounds scripted to me, collaborative even, especially for the GOP field’s most mavericky maverick. It’s like Linus spoke to Cruz and told him to stop sniping and get it together with his fellow candidates in the true spirit of the Great Maccabee.