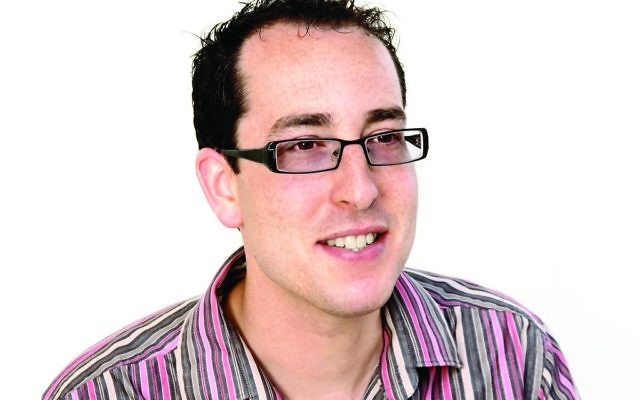 Israel came down hard on Hamas two weeks ago, after a rocket fired last week from Gaza landed in the Israeli city of Sderot. But despite the scale of the Israeli strikes unleashed as a reaction, Hamas showed uncharacteristic restraint.

Israel struck dozens of Hamas targets on Sunday, Aug. 21, after the rocket landed earlier in the day, and the IDF strikes continued the next day. Nevertheless, Hamas stayed away from its rocket launchers and avoided getting drawn into an escalation with Israel.

It is doing so even though it is especially angry about the Israeli operation, as it was not even a Hamas rocket that landed in Sderot but one from a rival faction in Gaza. This doesn’t make a difference in Israel’s eyes, as all fire emerging from Gaza is seen in Jerusalem as Hamas’ responsibility.

The reason for Hamas’ restraint is that it is gearing up for the Palestinian elections. For the first time in 10 years Palestinians across Gaza and the West Bank are gearing up for elections.
In five weeks, they will head to polling booths and cast their votes in an electoral battle for control of local councils that will see Fatah, the main faction in the Western-backed Palestinian Authority, pitted against the Islamist Hamas movement.

The prospect of this electoral battle is delivering calm to Israel, even when it takes an opportunity to crack down on Hamas infrastructure in a big way. However, it could well be the calm before the storm.

During the last 10 years, elections of any kind have been either postponed or held on a very small scale because of the furious feud between Gaza-based Hamas and the Palestinian Authority. In fact, there are still no parliamentary or presidential elections on the horizon even though both are long overdue — the upcoming voting is strictly local councils only.

Hamas will stand in almost every locale, either as Hamas or via an independent candidate which it will support. It is expected to fight hard in campaigning, and to perform well, taking control of many municipalities that have been run, until now, by Fatah. This prospect has many Fatah figures asking privately why Fatah’s leader Mahmoud Abbas — who also heads the Palestinian Authority — decided to hold elections, and leading some to speculate that he made a major miscalculation, expecting Hamas to boycott the vote.

Hamas gains are anticipated mostly in the West Bank, which has been mostly viewed as Fatah territory until now. For Israel, the more that Hamas can be constrained in Gaza, the better, and the idea of it increasing its presence in the West Bank is unwelcome. Having municipalities falling to Hamas could also pose practical challenges for Israel, as Western countries would be likely to cut aid to them but Israel would be hesitant to see a sharp drop in the standard of living.

From a security point of view, Hamas victories in West Bank municipalities will be a major headache. The Fatah-controlled Palestinian Authority currently cooperates with the Israeli military to clamp down on Hamas militant activity in West Bank communities. Obviously, no such cooperation is expected in municipalities where Hamas is in control.

The prospects for Gaza are intriguing. Gaza residents are constantly reminded of the pariah nature of their Hamas regime by the poor infrastructure in their neighborhoods and by their municipal services. If Fatah wins control of municipalities in Gaza, it will be tasked with making life more bearable on a local level in ways that the Hamas regime cannot because of its lacking international legitimacy — and in all likelihood will become a conduit for more international money going in to Gaza.

This could work in Israel’s favor, by providing a channel for averting humanitarian crisis in Gaza without requiring Jerusalem to make concessions directly to Hamas. However, it could also suggest to Gaza’s residents that they can have their cake and eat it too — they can have a hardline Hamas regime and also get benefits, in quality life, of more moderate leadership.

The situation in the West Bank and Gaza looks likely to become, by the time the election is over and the votes are counted, more troubling for Israel. What is more, if Hamas makes gains it will set itself up to increase its overall centrality in Palestinian life and, in the absence of legislative or presidential elections, increase its claims to legitimacy in national Palestinian politics.

It was the legislative elections a decade ago that set the stage for Hamas’ takeover of Gaza; another Hamas victory now is likely to, once again, have dramatic consequences.