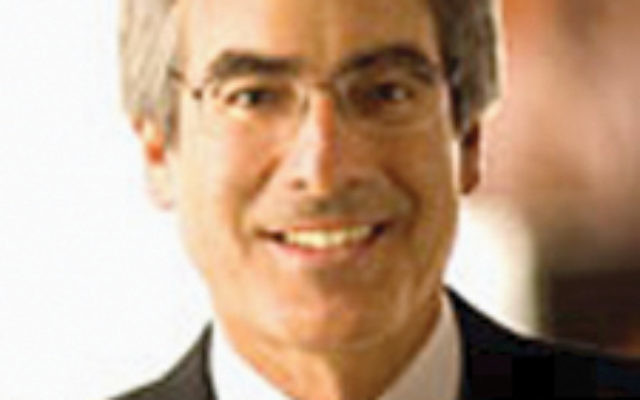 The Modern Orthodox Yeshivat Maharat’s investiture of three women as halachic and spiritual leaders has drawn rapturous praise from the non-Orthodox world, including the liberal Jewish press.  The ordination ceremony — attended by enthusiastic representatives of the progressive and Orthodox communities alike — has been acclaimed in print as “a landmark event in Jewish history” and “a revolution … to be praised and admired.”

But for all the commentary this news item has generated, one important fact has been overlooked. Unlike their sisters in the other movements, the three maharats have chosen to work within the decidedly non-egalitarian parameters of Jewish law — and yet, they and their teachers have been spared the slightest ripple of condemnation from those to their ideological left. How times have changed.

More than 30 years ago, the founders of the Union for Traditional Judaism created the halachic template upon which Yeshivat Maharat’s ordination has now been established. But in contrast to their counterparts at Yeshivat Maharat today, they were not hailed as “visionaries and risk-takers” at the time. On the contrary, they were caricatured as reactionaries and misogynists — despite the fact that they asserted the legitimacy of women serving as spiritual leaders, so long as a handful of halachic parameters would be respected.

And what were those parameters? Namely, the age-old requirement that a minimum of 10 men be present for communal prayer; the necessity of delegating a man to chant the core liturgy and read the statutory Torah portion; and the obligation to call upon men both to serve as witnesses for documents like ketubahs, or marriage contracts, and constitute beit dins, or religious courts, for purposes like conversion.

This prototype, articulated three decades ago, is precisely the Jewish legal framework now undergirding Yeshivat Maharat’s ordination. While faithfully adhering to Jewish law, it fully enables women to perform the great majority of the functions expected of congregational rabbis: among other things, to teach, counsel, write and preach; to visit the sick, officiate at life cycle events, oversee synagogue programming, distribute tzedakah, champion Israel, and work with the broader community.

The UTJ’s pioneers believed that women interested in making a genuine contribution to Jewish life would find such a leadership position worthy of their talent and effort. Convinced that the legitimate issues raised by the international women’s movement would someday need to be addressed by the halachic world, the UTJ’s founders felt that the only real questions pertaining to women’s religious stewardship of the Jewish community were how it would be achieved and by which institutions.

Given the fact that, at the time, Orthodoxy was as monolithic in its dismissal of Jewish feminism as Reconstructionism and the Reform movement were in embracing it, the founders of the UTJ hoped that by adhering to the halachic process, the Conservative movement could make an enduring contribution to the Jewish future. Alas, this was not to be.

The model proposed by the UTJ’s founders was rejected. In fact, even after initially presenting the decision to ordain women as conditioned on the candidates’ simple acceptance of the obligation to pray three times a day, the Jewish Theological Seminary soon dropped that pretense — asserting the “ethical imperative” of eradicating role distinctions between men and women. At JTS, there would be no limitations imposed by Jewish law on a woman’s exercise of the rabbinic office. In the tug of war between egalitarianism and the halachic process, egalitarianism won.

It was then that some of us in the UTJ offered the counterintuitive forecast that the enduring paradigm of women serving as religious leaders would ultimately be realized within the Orthodox community. We speculated that unlike the women applying to non-Orthodox institutions in the 1980s, for whom the interchangeability of ritual roles was an article of faith, those who would ultimately apply to Orthodox schools would view adherence to halacha as a matter of principle.

Seemingly, that prediction has been vindicated by Yeshivat Maharat; happily, its graduates are drawing cheers from the liberal Jewish establishment, not jeers. Of course, no one is capable of reading another’s mind. Do the maharats’ fans in the progressive community truly see them as role models worthy of emulation? Or do they view them as slow sisters who simply need time to catch up with the egalitarian vanguard?

Time will tell. But to the extent that certainty is ever granted to human beings, of this we can be sure: the Torah’s future will emerge directly from the Torah’s past.

Rabbi Bruce Ginsburg, a past president of the Union for Traditional Judaism, is the spiritual leader of Congregation Sons of Israel in Woodmere, L.I.