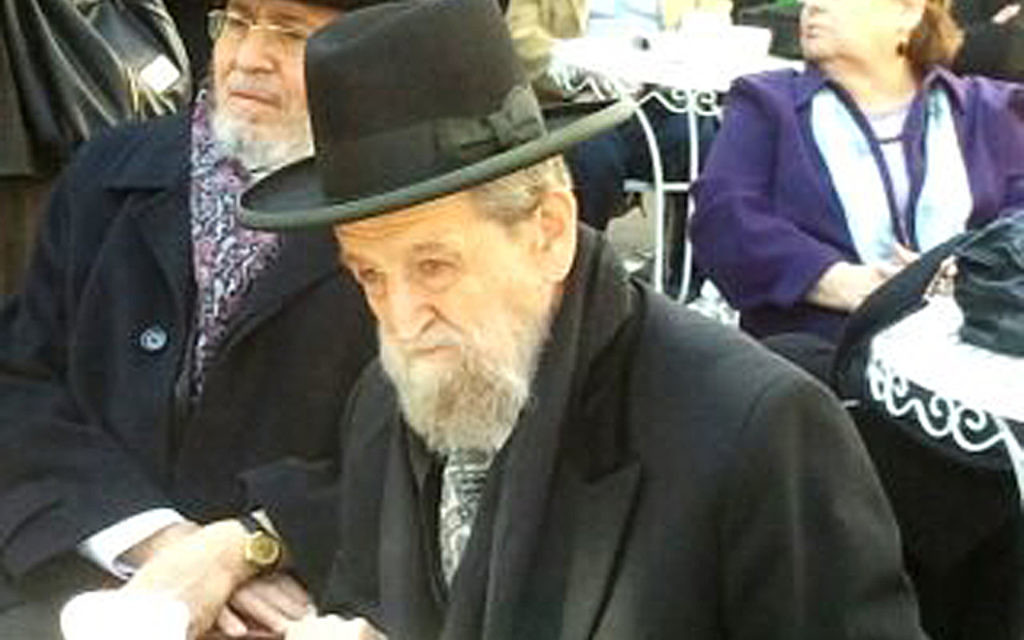 Rabbi She’ar Yashuv Cohen, an18th-generation rabbi who was one of the last leaders of his generation of prominent religious Zionist leaders who combined Torah study with army service, died Monday at the age of 89. Formerly chief rabbi of Haifa, he was buried on the Mount of Olives in Jerusalem.

Rabbi Cohen, active in interfaith work, was well known in Israel as the son of Rabbi David Cohen, the “nazarite of Jerusalem,” who followed the ascetic biblical lifestyle that eschewed meat and wine.

Rabbi Cohen, while not a nazir like his father, was a lifelong vegetarian. As a child he was close to Rabbi Abraham Isaac Kook, the first Ashkenazi chief rabbi of pre-statehood Palestine.

A member of underground Etzel military group during the 1948 War of Independence, he was wounded in a battle in the Old City of Jerusalem, and was taken captive by the Jordanian Legion. Later, he served in the Israeli Army, reaching the rank of lieutenant colonel. He became chief rabbi of the Israeli Air Force, served as deputy mayor of Jerusalem during the 1967 Six-Day War, and was chaplain of the brigade that crossed the Suez Canal in the 1973 Yom Kippur War.

Prime Minister Benjamin Netanyahu called Rabbi Cohen “a great and wise man who always strove for the unity of the Jewish people. In his life he combined the book and the sword.”

Rabbi Cohen was “a scholar and a warrior … among the individual and unique communal leaders of our generation,” said President Reuven Rivlin.

Rabbi Cohen’s name is based on a son of the prophet Isaiah — she’ar yashuv means “a remnant will return.”