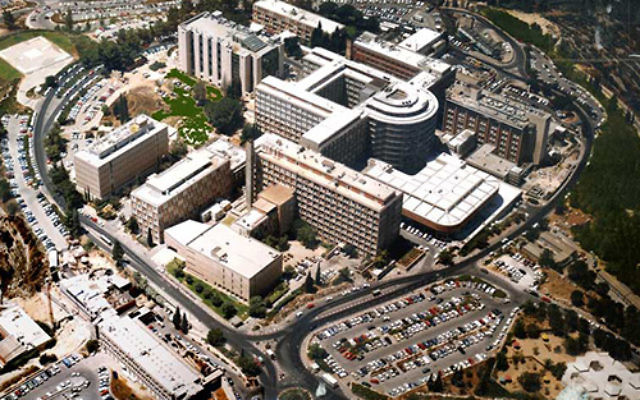 An Israeli crisis management company that claimed it rescued Hadassah: the Women’s Zionist Organization of America from financial collapse in 2014 — including the loss of ownership of its hospital in Israel — is suing the organization for $20.9 million claiming it was not fully paid for its work.

The suit, which was filed in Jerusalem District Court on April 23 by Free World Ltd., contends that one of its owners, David Spector, had initially been hired as a consultant for $10,000 a month for work that would not exceed 50 hours per month. But months later he found himself appointed Hadassah’s chief negotiator in negotiations with the State of Israel, which eventually provided Hadassah with an infusion of cash as part of a recovery plan that kept the organization afloat.

“The service, the enormous scope of which was not initially known, was an ‘evolving’ event that developed at a dizzying rate, and as such was provided without the parties having time to sign” a new contract, according to the court complaint.

Hadassah later, according to the suit, “chose to turn their backs on the entity that saved them from ruin ….”

Hadassah said in a statement that it plans to fight the suit: “Mr. Spector/Free World are making false statements and claims to obtain charitable funds from Hadassah to which they are neither entitled nor deserve. Free World was paid for its services on Hadassah’s behalf. Spector’s claims are without any merit and Hadassah will defend itself vigorously in the courts of law where Hadassah has no doubt that Free World/Spector’s claims will be proven false.”

Hadassah has until July 19 to file court papers in the case.

In the suit, Free World’s lawyer, Zvi Bar-Nathan, compared what happened to his client to a tale attributed to the great Jewish scholar Moses Maimonides, also known as the Rambam:

“A patient arrives at a clinic with a bone stuck in his throat, blocking his airways and threatening his life. After the doctor rushed to remove the bone from his throat and to save his life, the patient asked how much he need to pay, and was answered: pay me what you were willing to pay me when you arrived with a bone in your throat.”