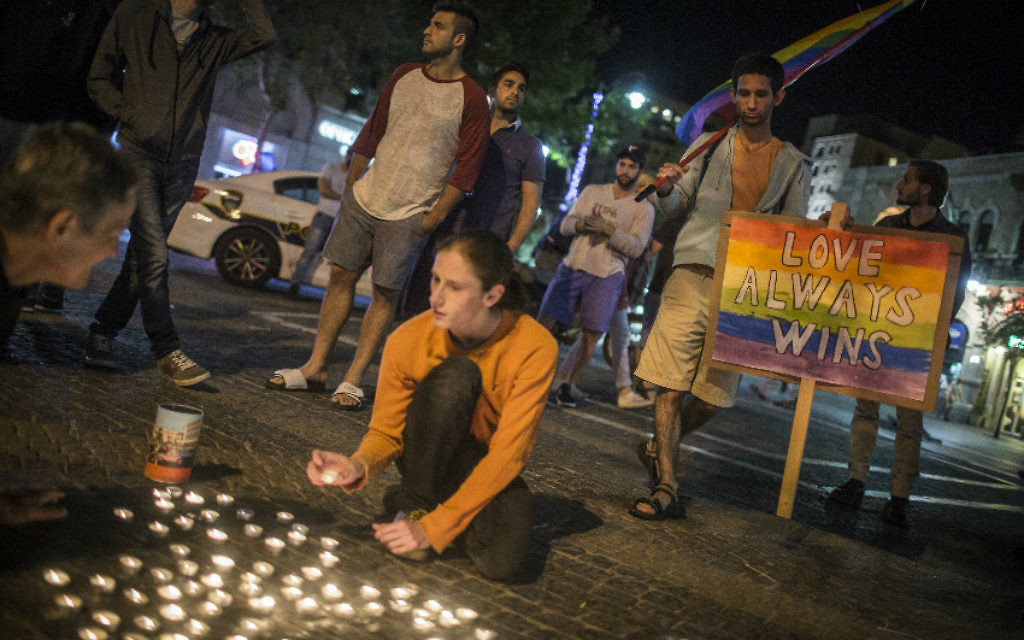 A gunman who killed 49 people at a gay nightclub in Orlando called 911 and pledged allegiance to the Islamic State shortly after the start of the attack.

Omar Mateen, 29, an American-born citizen living in Fort Pierce, Florida, whose parents are from Afghanistan, entered the Pulse nightclub armed with an assault rifle and a handgun after 2 a.m. Sunday. The nightclub, a popular gay dance club, had about 300 patrons inside at the time of the attack, according to Orlando Police Chief John Mina.

Mateen shot at the patrons in the nightclub and held some hostage in a club bathroom as others ran for the doors. The shooter later was killed in a gun battle with police.

Some 50 people are confirmed dead, including the shooter, and more than 50 are injured, many critically.

President Barack Obama called the attack an “act of terror and an act of hate.”

“(A)ttacks on any American … is an attack on all of us,” Obama added. He said it was the deadliest mass shooting in U.S. history.

Obama ordered flags to be flown at half-staff Sunday and a national moment of silence is scheduled to be held at 6 p.m. Sunday in memory of those killed in the attack.

The FBI, which is leading the investigation into the attack, is investigating the incident as an act of terror. Mateen was on an FBI list of Islamist extremist sympathizers, CNN reported.

Ronald Hopper, the FBI special agent in charge of the investigation, said in news conference on Sunday afternoon in Orlando that Mateen was interviewed twice by the FBI in 2013 over inflammatory comments about the Islamic State he made to coworkers and that the FBi was “unable to verify the substance of his comments; and in 2014 he was investigated and interviewed about possible ties to an American suicide bomber in Syria, Moner Mohammad Abu-Salha, but the relationship was determined to be tangential and the investigation was ended.

Sunday’s shooting took place during the Muslim holy month of Ramadan. Islamic State, or ISIS, leadership has been calling for such attacks during Ramadan, according to reports.

There are unconfirmed reports that a news agency in Syria affiliated with ISIS is claiming responsibility for the attack, according to CNN.

The security firm G4S Secure Solutions confirmed that Mateen had been an employee since September 2007. G4S has several contracts with the federal government and also secured several Jewish sites in the southern Florida area. It is not known what access Mateen had to government sites or if he was assigned to any Jewish institutions.

“We are cooperating fully with all law enforcement authorities, including the FBI, as they conduct their investigation,” company executives said in a statement.

G4S announced in March that it would sell its business interests in Israel, following a years-long campaign against the company by the boycott, divestment and sanctions movement against Israel.

“On behalf of the people and government of Israel, I extend our deepest condolences to the American people following last night’s horrific attack on the LGBT community in Orlando,” Israeli Prime Minister Benjamin Netanyahu said in a statement issued Sunday evening in Israel at the end of the Shavuot holiday.

“Israel stands shoulder to shoulder with the United States at this moment of tragic loss. We send our heartfelt sympathies to the families of the victims and wish a full and speedy recovery to the wounded.”