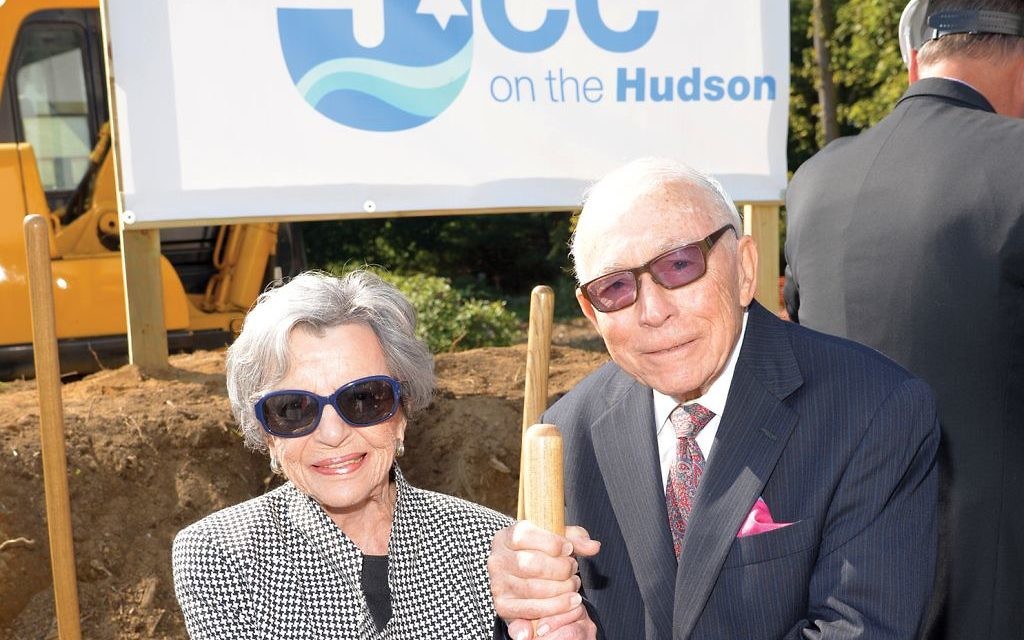 On a flawlessly sunny, warm fall morning, elected officials, donors, supporters and those affiliated with the JCC on the Hudson in Tarrytown gathered for an historic groundbreaking.

“What began in Yonkers is 1929 moved north with the Jewish community,” said Susan Tolchin, a board member of the JCC on the Hudson. “We’ve waited 40 years for this — the first JCC to be built in Westchester County in 40 years.”

The new 6.6-acre, $14.5 million campus will provide 75,000 square feet of space for programming and services on the former General Motors training site, significantly raising the profile and possibilities for the agency. The current JCC serves about 3,500 people annually on in a 17,600-square-foot building adjacent to the new campus. That building will be incorporated into the new campus, which the agency expects will serve between 10,000 and 12,000 people when it opens in 2017.

“It’s an incredible milestone for the agency, and for the community,” said Frank Hassid, executive director of the JCC on the Hudson. The JCC on the Hudson, for example, works closely with the local Tarrytown and Irvington public school districts to provide afterschool care and other programs.

He said the additional space will allow the agency to create a new swim school and expand their current offerings including childcare, sports leagues and programing for children, adults and residents with special needs.

“The Rivertowns area is the fastest-growing Jewish community in Westchester and soon will be home to a world-class JCC,” said Elliot Forchheimer, executive director of the Westchester Jewish Council.

The new JCC, which will be known as the Harold and Elaine Shames JCC on the Hudson, in honor of the lead donors, will include two swimming pools, a full-size gymnasium, a 6,000-square-foot fitness center, an auditorium, a youth lounge and café, and new athletic fields.

“This is a long time coming,” said Michael Maron, chairman of the JCC on the Hudson’s board. “This is a path to a full-service JCC serving the broader needs of the community.”