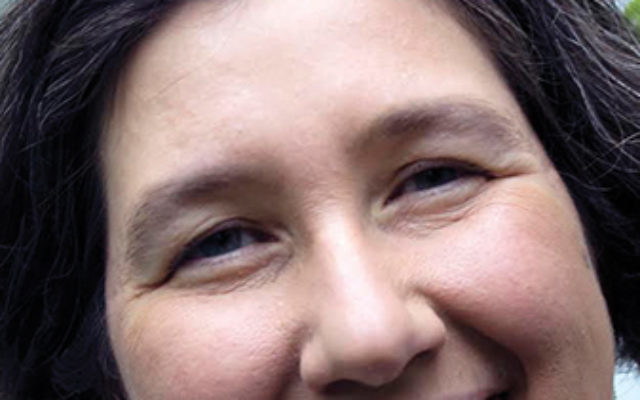 In Beha’alotcha the Israelites start to complain about their situation, wandering in wilderness. This is before they even know the duration of the journey, nor do they know that their generation will not emerge from the wilderness intact.

Not just once but twice, in quick succession, the people express their dissatisfaction with what God has done for them. They express a general displeasure, speaking “ki’metonanim” (as murmurers) against God [Numbers 11:1]. Then they articulate their longing for Egypt, with an intense craving for all the foods they ate there: cucumbers, melons, leeks, onions and garlic, saying that the lack of these tastes means, “now our souls are dried up” [Num. 11:6].

Avivah Zornberg, in her recent book on Numbers, “Bewilderments,” reminds us that Abbahu in Talmud Yoma 75a describes manna as being like mother’s milk.

It isn’t enough for the Israelites, unhappy with their rations, weeping in their tents at night [Num. 11:10]. Interestingly, this episode occurs after Moses’ father-in-law Yisro (Jethro, called here Hovav, one of several names used for him), leaves the Israelites to return to his land and birthplace. The language echoes in reverse the journey of Abraham in Lech Lecha [Genesis 12:1], and later of Ruth [2:11] towards the land. After Yisro/Hovav departs, leaving all that is good from God, as Moses reminds him, using “good” five times [Num. 10:30-32,] including three times in verse 32, there is a pause.

The importance of this understanding is that something has shifted with the Israelites. They have a sense of their own subjectivity and desires when they speak “as murmurers,” no longer content to ingest what is given but beginning to articulate wants and needs in their relationship with God, and with God’s emissary, Moses. So much had been done for them. This parsha clearly articulates God’s leading them through uncharted wilderness, via a cloud by day and fire by night [Num. 9:15-23], and silver clarions signaling travel or alarm or holy celebrations [Num. 10:1-10]. None of that is enough for them. Yisro, their “eyes” [Num. 10:31] in the wilderness, departs, and the “mixed multitude” (the non-Jews who left Egypt with the Israelites) felt a “lusting,” and the Israelites “also wept,” yearning for what they had back in Egypt, where they seem to have forgotten how bitterly they were enslaved.

This parsha is about the Israelites no longer wanting to be passive recipients, given sustenance like a baby. They no longer accept the infantile role, and Moses complains, too, that he is unable to sustain them, nurse them and give birth to them [Num. 11:12]. Clearly, the Israelites and Moses are ready to be weaned, neither wanting to be in such a dependent relationship at this point. The complaints have the virtue of beginning the people’s expression that they are ready for a new stage of the relationship, despite the growing pains connected with a rebellious phase.

This is also the beginning of the phasing out of Moses, once the people antagonize him enough that he yells at them, “Listen now you rebels” [Num. 20:10], while hitting the rock, the sin that leads to his leadership’s end.

Moses was different. His own siblings, Miriam and Aaron, critique him in the last section of Beha’alotcha and God provides a rejoinder, saying that Moses’ prophecy is unlike theirs, he is ne’eman [Num. 12:7], stable, unchanging. Zornberg suggests that “Moses, of all prophets, is the one who is unchanged by his prophetic revelation.” Moses, unlike other humans, remains in a state constantly available to God. Others cannot identify with his qualities that make him more akin to the Divine than to his mortal cohorts.

Other prophets emerge, when God’s “spirit rested upon them.” Seventy elders are gathered and two of them, Eldad and Meidad, were able to prophesy [Num. 11:23-26]. Moses is told of this and rather than be resentful, he says, “Would that all the Lord’s people were prophets!” [Num. 11:29].

This ecstatic inspiration to the seventy elders is unexpected. After all, God has a trustworthy, unchanging prophet in Moses. Yet, as the Israelites grow more distant from the experience of slavery, and are better able to take on responsibility, a new leadership structure must emerge. It may not be as stable but will provide for an emerging stage of Israelite development and respond to their complaints, justified or not.

Beth Kissileff is editor of the new anthology, “Reading Genesis: Beginnings” (Bloomsbury), and a widely published writer on the Bible, literature and culture.