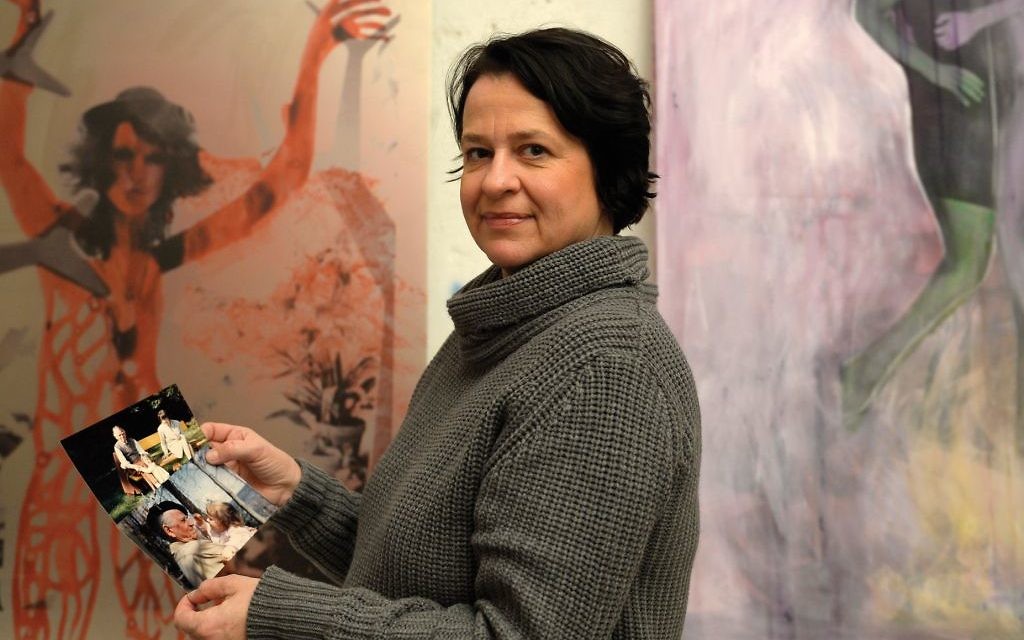 The Jewish community is appointing three art experts to a 10-member task force being established to learn the rightful owners of a vast trove of paintings found in the Munich home of Cornelius Gurlitt, whose father helped Adolf Hitler sell looted art, The Jewish Week has learned.

The State of Israel has been asked to send one expert and the Conference on Jewish Material Claims Against Germany (known as the Claims Conference) is appointing two others.

The task force was created amid international pressure after authorities last month revealed the Gurlitt seizure. It marks the first time the Jewish community has become involved in the matter. Among the paintings in the collection were works by Pablo Picasso, Henri Matisse and Pierre-August Renoir.

Bobby Brown, director of Project HEART, the Israeli government’s effort to deal with restitution of Jewish property seized during the Holocaust, said his office, in conjunction with the Jewish Agency for Israel, would be selecting a representative shortly. He said they requested a presence on the task force, and German authorities “understood that it is legitimate to have an Israeli expert there.”

“Two things are extremely important,” he told The Jewish Week. “That Holocaust-looted art is identified, and that we do everything we can to make sure there is a simple process for determining ownership. … The law has to be clarified, but if art has been looted there will be a large degree of sympathy for not returning it to Gurlitt.”

He noted that the Washington Conference on Holocaust-Era Assets in 1998 established principles regarding Nazi-confiscated art that were endorsed by 44 nations, including Germany. They pertained to art in the possession of governments — not individuals — and called for the identification of looted art through a transparent process.

“The Claims Conference is also insisting on transparency of the research process and on publication of the results,” said Wesley Fisher, director of research for the Claims Conference. “I believe it would also be good if there was an appeals process whereby claimants could appeal decisions of the task force. And we are also interested in a non-bureaucratic, easy process for the owners and heirs to get back their property.”

“So far as the Claims Conference is concerned, this is not a legal matter but a moral one,” he added.

Rolf Jessewitsch, director of the Kunstmuseums Solingen, about 200 miles from Hamburg, agreed, saying in an e-mail: “It’s too late to wait for solutions by law only. International relations and friendships are the foundations to solve these problems in a moral way. Germany has to fulfill the Washington treaty. “International experts have to be involved to examine these cases. … Then all this robbed art has to be restituted to the former owners or their heirs. There can be no ‘roll-back’ of the unbelievable crimes done by the Nazis.”

Fisher said the Claims Conference asked to be on the task force because “we have been the legal representative of world Jewry in Germany for these purposes since 1952.”

There were 1,406 works of art found in the Gurlitt’s apartment by authorities in February 2012 as part of a tax investigation. Bavarian officials immediately confiscated the art, reportedly valued at $1.4 billion. Gurlitt’s father, Hildebrand, was one of four art dealers authorized by the Nazis to trade in art during the war, and this art trove is the largest private collection discovered since the end of the war.

For 18 months, authorities held the art without publicly announcing the seizure. A cursory examination made by one art historian to determine ownership of the artwork found that 590 of the pieces might have been taken from Jews during the Holocaust.

But Fisher said the Claims Conference wants “all of the artwork to be examined, not just the 590 suspect pieces.”

He pointed out that the Gurlitt collection contains 380 works of modern art — the Nazis considered it “degenerate art” — that were taken from museums.

“We think those should be reviewed too because some may have been taken in forced sales from Jews,” he said.

Rachel Stern, an art historian who heads an effort to organize exhibitions of the late German artist Fritz Ascher, explained that Jews living under the Nazi regime were not able to freely sell works of art they owned.

“If you were Jewish living in Nazi-occupied France and selling an artwork, there is no way you had a regular sale,” she said. “Once the Nazis came to power, you were not allowed to sell. You were either forced to sell or it was just taken from you. Or if you were trying to escape, you tried to get for it whatever you could. But there were few dealers able to sell artwork and the possibility of you as a Jew selling artwork for market value was nonexistent. And if you gave a buyer a really good deal, did you really want to give him such a good deal? All I can say is that these were not regular sales.”

Fisher said he believes the 590 artworks deemed suspect may have been found on a website created by the Claims Conference that lists 22,000 items stolen in Paris by the Nazis, many of them works of art. More than half are still missing.

“It is a searchable database with information on the original owners and photographs in many cases,” he said.

He said Germany has now posted more than 440 suspect works of art from the Gurlitt collection, 50 of which are oil paintings at the website, www.lostart.de/Webs/EN/Datenbank/KunstfundMuenchen.html.

Gurlitt has been quoted as saying that he has no plans to “voluntarily give back” any of the artwork.

“They have to come back to me,” he told the German newsmagazine Der Spiegel.

He insisted that his father, Hildebrand who died in 1956, was never involved in Nazi looting, and all the artwork he inherited was bought legally from German museums and art dealers, never from individuals, something he would have found “unsavory.”

“I’ve never committed a crime, and even if I had, it would fall under the statute of limitations,” he said. “If I were guilty, they would put in me prison.”

But a spokesman for the task force, Matthias Henkel, said in a translated e-mail to The Jewish Week that the Bavarian Justice Minister has announced proposed legislation to get around the statute of limitations.

Henkel said the task force would be asked to do “extensive provenance research” on the artwork. Asked if it would be given a deadline to complete its work, Henkel quoted the task force’s leader, Ingeborg Berggreen-Merkel, as saying: “Thoroughness comes before speed.”

But he went on to say that the government is “conscious of the expressed need for a fair and rapid procedure,” and that the length of time it would take to verify the provenance of the artwork will “vary from picture to picture.”

Both Fisher and Halie Geller, founding attorney for the New York office of Cultural Heritage Partners, a law firm devoted to art, cultural heritage and museum law, said they believe that searching the provenance of more than 1,400 pieces of art could take a long time.

“Provenance research, especially with respect to art work sold or transferred during the Nazi-era, is an inherently slow and difficult process made even more challenging by missing documentation,” Geller said. “This process will surely take years and may not necessarily yield conclusive results.”

Nevertheless, Charles Goldstein, president and counsel to the Commission on Art Recovery of the World Jewish Congress, said the task force should be able to begin gleaning results relatively quickly.

“Most of the cases should be cleared out through months of hard work by people who know what they are doing,” he said. “Once they have narrowed it down, the hard cases may take years.”

Goldstein said he understood that the proposed law would not permit “a thief to plead [that he was holding the artwork] in good faith” if there was evidence to the contrary.

He said there were reports that Gurlitt’s late mother made comments suggesting she knew some of the art was suspect. Gurlitt’s father reportedly told authorities after the war that all of his business papers were destroyed in the bombing of Dresden in 1945. But when authorities raided the son’s apartment last year, they are said to have found the documents — some of which would help in determining the provenance of artwork — packed in crates.