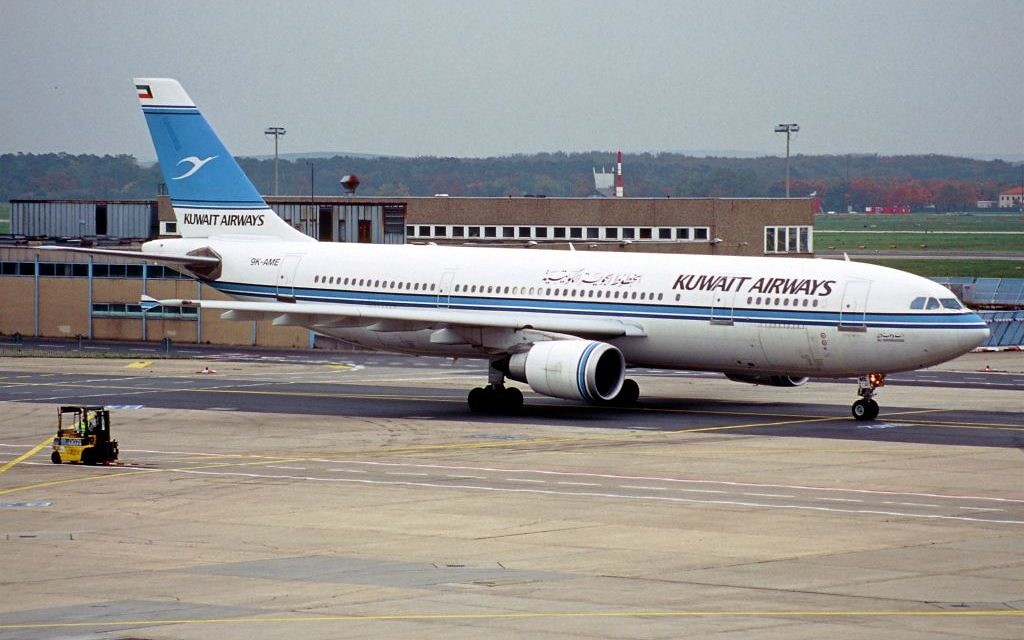 Calling Kuwait Airways’ refusal to sell tickets to Israeli citizens “intolerable” and “blatant discrimination,” 10 members of the New York City Council are asking the U.S. Department of Transportation and the Port Authority of New York and New Jersey to either enforce anti-discrimination laws or stop the airline from operating at Kennedy Airport.

“There has already been a determination by the U.S. Department of Transportation and the Port Authority that the airline is prohibited from discriminating based on national origin,” said Councilman Rory Lancman. “We are demanding that if the airline does not comply with its lease and federal law that the lease be pulled.”

An Israeli, Eldad Gatt, filed a complaint with the U.S. Department of Transportation after Kuwait Airways in 2013 refused to sell him a non-stop ticket from New York to London. At first the department found that there was no discrimination involved, but on appeal it reversed its determination and ruled Sept. 30 that the airline had “unreasonably discriminated” against him.

Kuwait Airways appealed, saying its decision not to sell Gatt a ticket was in compliance with Kuwaiti law. It said it therefore “cannot lawfully comply with the terms of the Sept. 30 letter, and the decision therefore could have significant and far-reaching policy implications.” Among other things, it said such a policy change would impact its “operations on a global scale and cannot be limited to the U.S. market alone.”

The department rejected the appeal on Oct. 22 and directed the airline to “cease and desist” from refusing to sell tickets to Israeli citizens.

The attorney who brought the case, Jeffrey Lovitky, told The Jewish Week that earlier this year an Israeli woman who lives in Queens filed a federal civil suit against Kuwait Airways after she was refused a ticket to fly from New York to London.

He said Kuwait Airways has 60 days from Oct. 22 to file an appeal with the U.S. Court of Appeals. On the other hand, he said, it could wait until the Department of Transportation sought to enforce its ruling.

“The government could fine the airline, but the discrimination would continue,” Lovitky said. “We have to wait and see if the government will back up its finding with meaningful action.”

Councilman David Greenfield said it “seems like the federal government has not been very active” in this case. Therefore, he said, the City Council is asking the governors of New York and New Jersey, who oversee the Port Authority, “to take a personal interest in this case and take a stand against what is blatant anti-Semitism. If Hispanics were being denied tickets, we would be outraged. It is no different that Israelis are not being allowed to fly.”

Lovitky said he hopes the Port Authority does revoke Kuwait Airways’ lease at Kennedy Airport but that “this is an issue in which the primary responsibility is that of the federal government.”

Councilman Alan Maisel said that both the Port Authority and federal government must “do the right thing.”

“Kuwait Airways is operating in America,” he said. “Kuwait Airways says it has to participate in the boycott of Israel. But once it uses the facilities of another country, it has to follow the rules of that country.”

The Lawfare Project, a group that was created with the help of the Conference of Presidents of Major American Jewish Organizations, brought the matter to the attention of the City Council. Benjamin Ryberg, the project’s director of research, said that although Kuwait Airlines could always appeal to the courts should administrative steps be taken to keep it from flying, “it would be hard to imagine what legal theory they could sue under.”

Amanda Berman, the project’s director of legal affairs, pointed out that recently the Lawfare Project filed a complaint against Kuwait Airways with the U.S. Department of Commerce, which enforces the U.S. anti-boycott laws against Israel.

“We are looking now for the Commerce Department to make a clear declaration that this is violation of the anti-boycott laws,” she said. “We are eagerly awaiting a response."