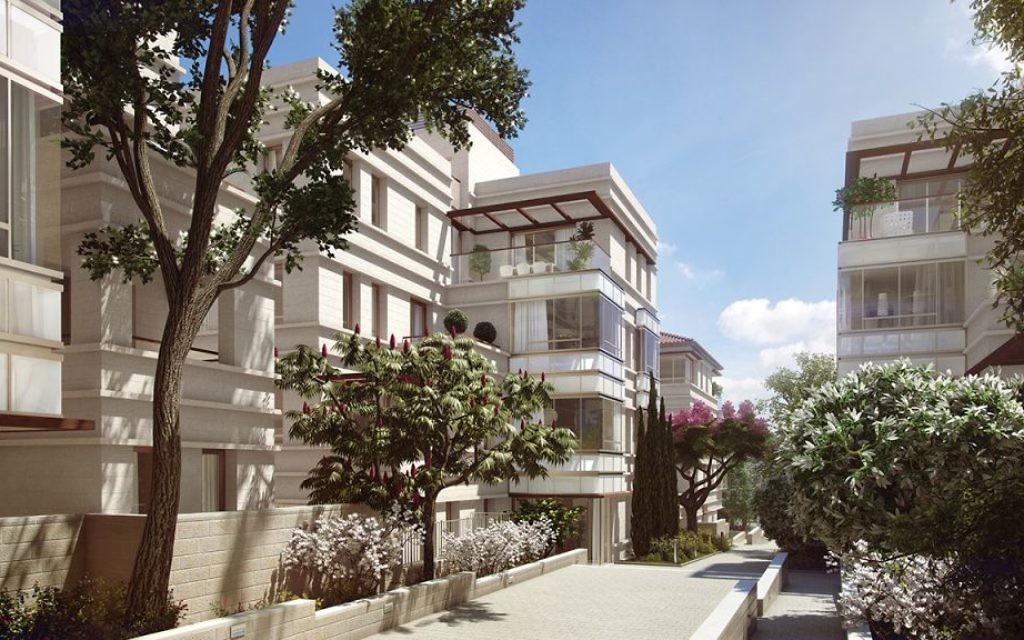 The town of Savyon is a favorite of singers and politicians, and if you walk around you may well see the four-acre plot where diamond tycoon Lev Leviev is building a home of epic proportions.

Savyon is just half an hour inland from Tel Aviv, but the look of the place is very different. While Tel Aviv is a high-density city, Savyon is a neighborhood where plots are large and there is lots of green space between homes.

“It is known as an elegant neighborhood,” enthused Lior Shklarsh, who lives there and owns de-Botton Real Estate.

She is currently selling a $30 million home, while she says that the average homes go for $2 million to $3 million. The population is small, around 3,000 people, and there is a strong emphasis on security, with patrols monitoring the streets and, at night, checking cars as they enter and leave.

While there may be lots of space between homes, Shklarsh said that the people are close to one another. “Nobody can feel lonely here,” she claimed, commenting: “There is something very special about Savyon — it is a community and provides services for everyone, Orthodox and non-Orthodox, Israeli-born and immigrants.”

She calls the town a “rare and precious gem at the heart of Israel.” It is hard to imagine what the Jews who originally settled the area in 1882 would think if they saw the upscale neighborhood of today. They built 14 houses and some communal facilities and tried to make a life for themselves there, but soon left for larger locales nearby, meaning that by 1883 the area was once again empty. Savyon was established around seven decades later, mainly for elderly South African immigrants.

Today all ages coexist in Savyon and there are youth activities, active synagogues, meetings and trips for the elderly. Though Savyon is small, it has an elementary-middle school, kindergartens and after-school programs. Last year marked the opening of a large new cultural center that includes a theater. The center itself is as notable as the events that take place inside — it won an award from World Architecture News for its use of color architecture.

The de-Botton real estate agency helps Israelis and foreign citizens buy or rent homes in Savyon. It was founded 45 years ago by Shklarsh’s mother Ester de-Botton, and is today responsible for some of the town’s biggest property transactions.

The sense of space and nature seen in Savyon is hard to find in Israel’s big cities, despite efforts by other cities to provide luxury homes surrounded by green areas. There are new projects in Netanya and Tel Aviv that aim to do this — as does the ambitious new ParkEight condominium community in Jerusalem.

The location of ParkEight is Baka — also known as Geulim — a neighborhood that has attracted large numbers of Anglo immigrants and second homeowners since its properties started, in the 1970s, to be viewed as desirable. Residents of Baka are proud of their easy access to the Western Wall, the Great Synagogue, the Jerusalem Theater, lots of restaurants and cafés, and several of the city’s best hotels.

The developers are establishing green areas around the buildings, and a large park among them. “All the apartments will have views of lots of green — it’s an urban project in a green setting,” said operations and marketing director Ariyel Maresky.

There will be a green pedestrian boulevard connecting buildings that will integrate contemporary and historical design styles. In the most upscale units, the penthouses, there will be 360-degree views of the greenery and the city in general. These penthouses will also have outdoor terrace areas with private swimming pools.

ParkEight is being built by Asdan, a subsidiary of the Canada-based Medallion Corporation, which Maresky said helps to ensure that North American building standards are used.

Some of the development’s features will include a deluxe health club for residents, a residents’ clubroom, and in the apartments themselves, granite and porcelain floor tiles. The location, according to Maresky, is desirable because it is not one of the Jerusalem areas that is empty except during peak season, when it fills up with second-homers. The neighborhood is “alive all year.”

This sense of Jerusalem’s buzz will combine with a sense of community to make the place feel welcoming, Maresky said; he predicts it will be “exclusive and luxurious, yet warm and inviting with a family atmosphere.” ◆