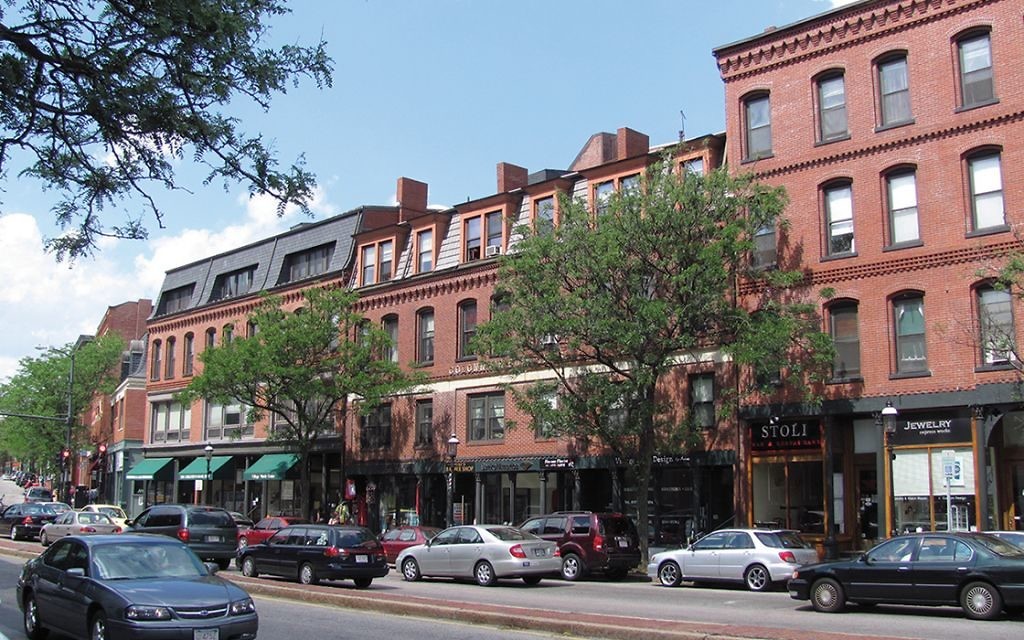 I’ll admit it: Charming though it may be, Boston can literally drive me crazy. My Honda and I have gotten lost more times than I can count amid picturesque alleys and baffling bridges.

The trickiest neighborhood of all is Brookline. Even Google’s algorithms are no match for those winding streets that, a friend helpfully explained, were born as cow paths in the 1600s.

Back then, Brookline was part of the city of Boston. But it carved out a separate identity more than 300 years ago and clings proudly to enclave status today, despite being surrounded by the city proper. After all, the onetime home of Saul Bellow, Michael Bloomberg, Barbara Walters, and Patriots owner Robert Kraft — along with Tom Brady and Gisele — has enough glory of its own.

For the traveler, Brookline is best experienced as the lively, tasty Jewish hub of greater Boston. Since the major attractions are in Boston proper — the Museum of Fine Arts and cobblestoned Back Bay to the east; the Boston University campus, the Charles River and Cambridge just north — it’s no surprise that Brookline excels in the suburban pursuits of eating, shopping, and outdoor leisure.

Outdoors — in wintertime Boston? It’s a valid question, considering that I saw remnants of last year’s epic snowfall still piled high on a June visit. But with 60-degree weather in December, Brookline’s lovely parks are still full of families. As the parent of a high-energy toddler, I noted with approval the verdant expanses throughout Brookline — from well-kept playgrounds to the shady expanses of Amory Park, where wooden footbridges crisscross willow-draped ponds, and hilly lawns boast views over downtown.

Fittingly, Brookline was home and inspiration for Frederick Law Olmsted, the Central Park designer and America’s most famous landscape architect. Olmsted’s private studio and gardens are now a national park and historic site; admission to these lovely grounds is free, and a guided tour is worthwhile for those interested in either gardening or parks.

The physical heart of Brookline — and its Jewish immigrant community, which dates back more than a century — is Coolidge Corner, the intersection of the town’s two main drags, Beacon and Harvard streets. Named not for Silent Cal but for a 19th-century merchant, the spot has a namesake in the vintage Coolidge Corner Theatre, a lovingly restored Art Deco-era movie house with eclectic screenings and cultural events.

You could turn onto Beals Street and visit Brookline’s other main attraction, the unassuming clapboard house where our 35th president grew up, preserved today as the John F. Kennedy National Historic Site. Or you could do what I do: Eat and shop your way down Harvard Street, a veritable smorgasbord of Jewish dining options.

Starting at the north end, you have Rubin’s Kosher Restaurant, a popular catering spot with the kind of menu items you rarely see outside New York — kishkas, kasha varnishkas, kugel. Further down on a block dotted with kosher take-out is Kupel’s Bakery, another kosher spot that specializes in bagels and all that accompanies them.

And right near Coolidge Corner is Zaftig’s Delicatessen, which calls itself a Jewish-style deli and is decidedly unkosher. Populated by the same youthful hipsters who shop down the street at Trader Joe’s, Zaftig’s has a menu that nods to the Jewish classics — knishes, brisket, potato pancakes — but reads more like a typical Boston pub, heavy on salads and burgers.

Crossing Harvard Street, the big question is: Ice cream or shopping? Brookline’s most vibrant intersection is bustling with independent boutiques selling toys, clothes, and especially books. In a town said to have the highest percentage of Ph.Ds anywhere, the Brookline Booksmith is the equivalent of a neighborhood bar — a gathering spot for book clubs, author readings and children’s events.

After tarrying amid the shelves there, I wandered down Harvard to another institution: Kolbo, a fixture for Judaica since the late’ 70s and the source for handmade mezuzot, menorahs, and the gorgeous ketubot that decorate so many of my Boston friends’ living rooms. The Israel Book Shop, a few blocks away, is a destination for Jewish calendars, Hebrew-language children’s games, puzzles in the shape of Israel, and an impressive array of Jewish books – from the colorful to the scholarly.

My final stop in this or any Boston neighborhood is J.P. Licks, a local ice cream chain with the flavor I can’t find outside of New England: coffee Oreo. Everything here is kosher certified (and a lot of it is vegan, gluten- or dairy-free), including seasonal temptations like candy cane, gingerbread molasses, and eggnog ice cream flavors.

But if we were stranded in the woods, at least I had a bag of rugelach with me.