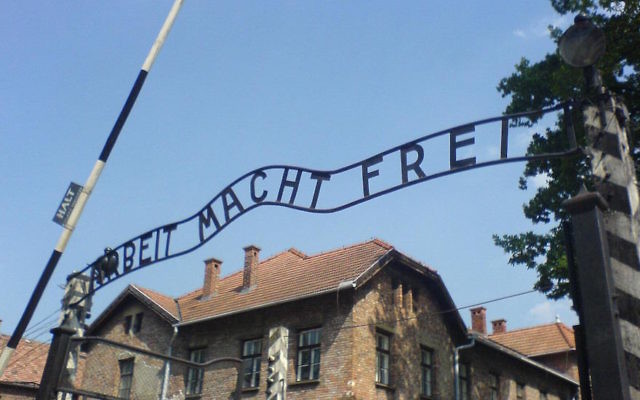 JERUSALEM (JTA) — The Auschwitz-Birkenau Memorial and Museum said it will file a complaint with the Polish prosecutor against an Israeli woman, the granddaughter of Holocaust survivors, who removed relics from site.

Rotem Bides, 27, an art student at the Beit Berl College in Kfar Saba, visited the Auschwitz site six times and removed relics including shards of glass, small bowls, a metal screw, soil and a sign warning visitors not to take anything from the former Nazi camp, Ynet reported. She also told Ynet she took a teaspoon but lost it.

Bides, who says her grandfather survived Auschwitz, used the samples as part of her final project for school. She collected them while an exchange student in Krakow, she told Ynet.

Since the theft became public, Beit Berl removed Bides’ exhibition and has summoned her for a disciplinary hearing.

Bides told Ynet that she was aware that she broke the law, but chose to act that way in a place where all basic rules had been violated. She also said she  committed the theft as a way to answer to herself the question of what will remain of the survivors’ memories when they are no longer alive.

“I felt it was something I had to do,” she told Ynet’s parent publication, Yediot Acharonot. “Millions of people were murdered based on the moral laws of a certain country under a certain regime. And if these are the laws, I can go there and act according to my own laws. The statement I’m making here is that laws are determined by humans, and that morality is something that changes from time to time and from culture to culture.”

“We plan to report the matter both to the Polish public prosecutor general and to the Israeli ambassador in Poland,” he said.