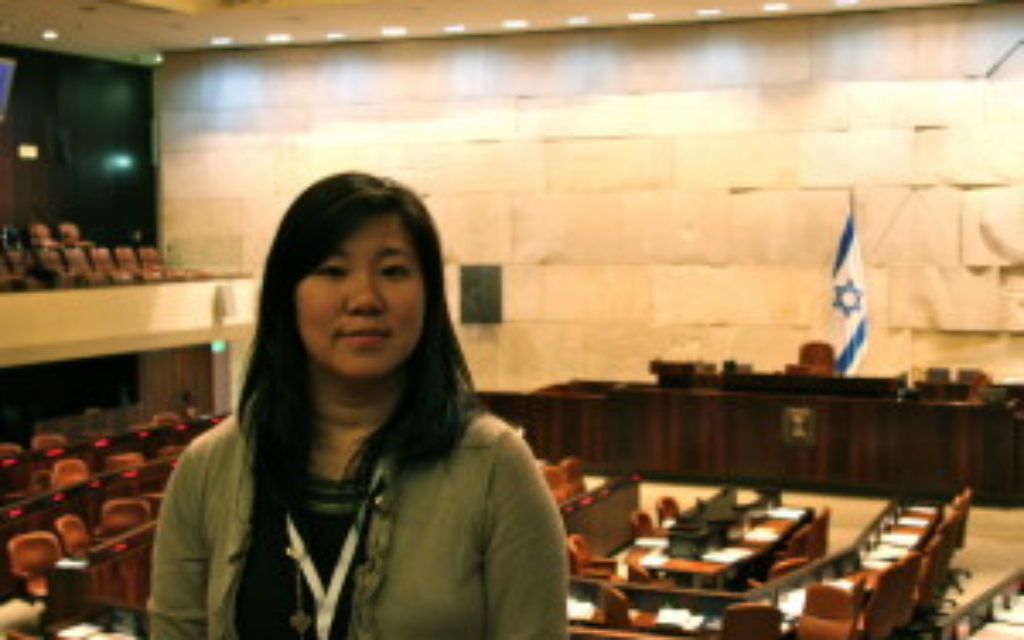 Grace Meng of Queens, whose press releases note that she is the only Asian American serving in the New York state Legislature, recently visited Israel on one of those JCRC missions intended to build political support among politicians who may not have had a prior chance to see the country personally and meet its leaders.

I’ve read or heard many such accounts from elected officials on their return from such missions, but the one below struck me as particularly interesting and insightful enough to reprint in near-entirety here.

"The proud dedication of Israelis to their government, people and culture – obvious to anyone who cared to look for it or even casually notice – has encouraged me to work at being a better American. The Israeli love of public life, their paper-thin and transparent separation between personal and public, showed me how we can love America just a little bit more and take our participation more seriously. I don’t believe it can be argued that we take our liberties and government for granted, or that, over time, we have come to treat privileges as rights. Worse, we have become increasingly apathetic about this all.

Many examples throughout our trip to Israel highlighted my worries about American life.

We take for granted the voting rights hard fought for and guaranteed by our Constitution in the 15th and 19th Amendments. While Israeli voting participation is around 70 percent, New York’s this past general election was at 40 percent – the lowest in the entire nation.

We do not take the importance and urgency of preserving our environment and its natural resources seriously enough. By law, every Israeli household is required to install devices in their homes to collect solar energy, which they in turn sell to their energy companies to be put in regional and national power grids. Unlike many of her neighbors, Israel has never had a drop of oil in her own land and has seized the opportunity to decrease dependence on foreign oils and develop themselves technologically and intellectually, preparing to operate an integrated network for nationwide use of electric cars.

We take for granted our democracy and its relationship with security. Israelis live daily with the threat and immediate proximity of life-threatening danger. Upon visiting the security fence in the West Bank, I witnessed firsthand how taking precautionary measures and practicing emergency drills is a normal way of life. Safety is something that Israelis have definitely not taken for granted, and they take it seriously without the handwringing typical of our nation. The Israeli people are on the frontlines of defending democracy worldwide. The feelings of patriotism and the need to protect our safety are evident in the way they live every day but are not always evident in ours. Certainly every Israeli craves peace, but they also live in the world as it is and prepare their families as such. These measures are everyday expressions of patriotism, more significant in their easy way than many American professions of faith after tragedies.

At Yad Vashem – one of the world’s most significant Holocaust memorials and education centers – I read a quote by Kurt Tucholsky: "a country is not just what it does, it is also what it tolerates." As Americans and New Yorkers, we live the good and the bad sides of that insightful comment. As a nation and city of immigrants, recent and long-established, we tolerate and encourage a dynamic and open society with virtually open borders. But we also tolerate having the lowest voting percentage in the nation, we waste natural resources and we are not vigilant enough of our Democracy and our security.

I deeply believe that there is nothing wrong with America and New York that cannot be made better by what’s great about America and New York. The difference between us and Israel is that their room for error and insincerity is miniscule. They simply don’t have the luxury of being indifferent. I love America and am honored to serve in public office, and this trip to Israel has renewed my commitment to being a better and more engaged citizen.