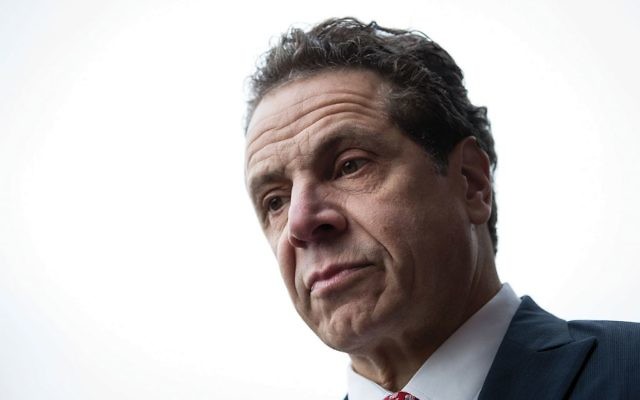 As Jewish institutions continue to debate guns and security in a post-Pittsburgh and Poway world, New York Gov. Andrew Cuomo last week signed off on another $20 million in security funding for non-public schools and day camps at risk of hate crimes.

This is in addition to $40 million in security funding allocated in New York’s 2020 budget, approved in April, raising the total to $60 million for the fiscal year.

The additional funding comes as hate crimes across the U.S. continue to spike. Law enforcement agencies reported 7,175 hate crimes in 2018, compared with 6,121 in 2016. An FBI report found the surge especially affected black and Jewish Americans.

The Orthodox Union’s advocacy organization, Teach Coalition, has been at the forefront at the successful lobbying for increased security funding. The organization has also hired full-time staff to help schools and synagogues apply for security related grants.

“Together, with the support of our partners — including nonpublic schools, parents and even the students themselves — our community has raised our collective voice and advocated respectfully but forcefully for the necessary funding to ensure the safety of our students,” said Orthodox Union President Moishe Bane.

“More than almost any other issue, security is on the mind of every parent who sends their child to school and summer camps,” said Rabbi Yeruchim Silber, Director of New York Government Relations for Agudath Israel, who spent many days in Albany over the past six months advocating for this and other issues. “We are grateful to the Governor and Legislature for increasing this important funding as the session came to a close.”

On Monday, Rabbi Dan Rodkin, an Orthodox rabbi in Boston, was reported to have asked his congregants to bring guns to services. “I don’t want people to have guns. But I think to protect our families, it’s a necessity now,” he said during an interview on WBUR Boston radio.

In October, a white supremacist stormed the Tree of Life synagogue in Pittsburgh and murdered 11 worshippers at Shabbat morning services. A similarly inspired attack occurred in late April at a Chabad in Poway, Calif., six months to the day of the Pittsburgh shooting, killing a 60-year old-woman.