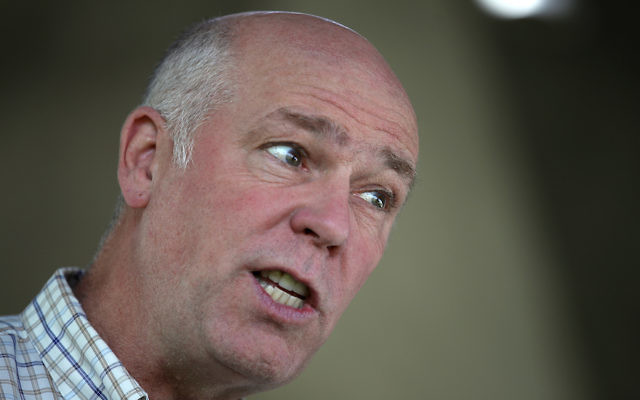 WASHINGTON (JTA) — Greg Gianforte, the Republican who allegedly bodyslammed a reporter on the eve of a special election in Montana, appears to have won the election.

On Wednesday, the eve of the election, Gianforte allegedly bodyslammed Ben Jacobs, a Jewish reporter for the British Guardian newspaper, after Jacobs asked a question about health care reform a key issue in the campaign. Jacobs posted audio of the encounter, and Fox News Channel journalists who were present verified the account.

At his victory celebration, Gianforte apologized to Jacobs by name. “I should not have treated that reporter that way, and for that I’m sorry Mr. Ben Jacobs,” he said.

Three Montana newspapers withdrew support for Gianforte on the day of the election because of the incident, but it’s not clear what effect the incident had on the vote. Close to 260,000 voters cast their ballots in early voting before the incident took place.

There was no indication that Greg Gianforte knew or cared that Jacobs was Jewish when he allegedly threw The Guardian political reporter to the ground on Wednesday evening and broke his glasses, leading to misdemeanor assault charges.