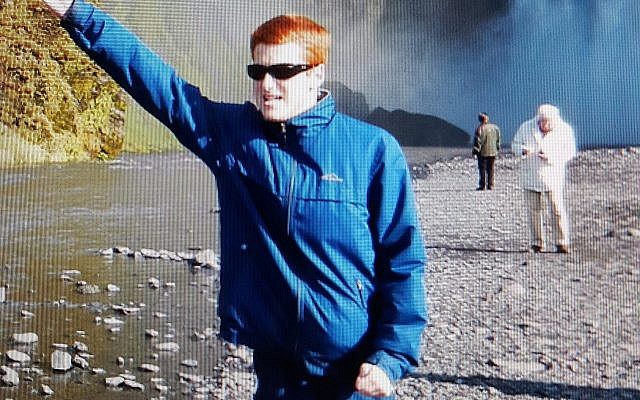 With gratitude to the leadership of the synagogue’s inclusion committee for giving me this opportunity, I want to frame my remarks by telling you what I was going to talk about, but chose in the end not to.

I thought to share snapshots of our journey as a family, of our experience raising a significantly disabled child. I thought to tell you about the wounds visited upon Noah’s siblings by virtue of their growing up in an environment in which he sucked the oxygen out of every room. I thought to tell you about the extraordinary stresses on a loving marriage when a disabled child is in the mix. And I contemplated sharing the disappointments of being part of a Jewish community that too often couldn’t open itself to a child like mine.

I thought to tell you that where we found kindness and acceptance was often outside that community, among a random assortment of store clerks, teacher’s aides and others who were not put off or threatened by a child who would never make it in the conventional sense of things.

I thought to tell you about the family members who have accepted Noah and those who, wrapped in the banner of their religiosity, fairly shunned him. I thought to tell you that I have seen the most beautiful expressions imaginable of what Noah’s siblings have learned from him (and, I like to think, from my husband and me), in our oldest son’s advocacy on behalf of struggling military veterans, including victims of sexual assault, and in our daughter’s noticing a young homeless woman’s plight in having bled through her pants—and buying her a box of tampons. That nod to human dignity frankly took my breath away.

Just imagine being or knowing the people who open their eyes and hearts to victims of sexual assault, or to those who live among us like discarded waste, ignored and unhelped. Or being or knowing those who open their eyes and hearts to those among us who are disabled, in the many ways people are or can be. Instead, I have chosen to weave pieces of the dvar Torah I delivered on the occasion of Noah’s becoming a bar mitzvah—ten years ago this May—together with broader reflections on God’s role and ours, in the world.

My remarks that May morning—based on Noah’s Torah portion–were commentary on what it means to command, or ask sacrifices from, those who cannot understand commandments, or the meaning of sacrifice. What does all of that say about God, in whose image we are told we are created. And further, what does it say about the many among us whose capacity falls short of the ideal which Maimonides—among our most lauded sages–sketches, wherein he claims we are all capable of determining whether to be righteous or to be wicked. Maimonides claims not only that we alone are formed in the image of God, but that we are at the top of the primordial heap.

There is much here with which to argue, not the least of which is Maimonides’s blindness toward those among us who are clearly not capable of fully embracing the decision-making he refers to, of exercising the free will and choice deemed to be at the heart of what it means to be human.

What does any of this have to do with my son? Nothing and everything, I would suggest. Noah is not capable of embracing with anything like full knowledge and awareness the obligations Maimonides—and God—would place upon him. Noah cannot knowingly offer sacrifices, as but one example, or intentionally fulfill Torah commandments. He can participate in fulfilling commandments, but that is not, I think, the same thing…though it is not dissimilar to the ways in which many of us respond to God and Torah; we go through the motions, not much thinking about or reflecting upon why we’re doing what we’re doing.

Noah doesn’t have a choice about his own capacity, his own understanding. He has a hard-wired incapacity to fully embrace the obligations that attach to what it means to be human and to be Jewish.

But what about the rest of us? What about those of us who don’t have Noah’s built-in excuse? How do we explain our own blindness? What does it mean when we refuse to try to understand, even to see the person in front of us?

I could talk all night long about Noah. I could share anecdote after anecdote to try to get you to understand him, to empathize with us. But I ultimately think that’s a fool’s errand. Would you be a different person if I told you how wrenching it is when my husband and I have to reach for the “emergency” meds for Noah when we cannot talk him off the ledge? Would you be changed somehow knowing that my husband and I literally cling to one another at times, afraid of what might happen to one of us if the other couldn’t help withstand the storm? Would you understand how nonstop Sesame Street conversation can drive someone to madness? You might nod, look at us with sympathetic eyes but trust me, you would not understand. You could not understand. Unless you walked in our shoes. Which is why I’m not much interested in telling you about my son.

What I want to tell you is that if we believe in notions of obligation as Jews, and if we believe we are created in God’s image—then each of you has an obligation to see my son. Not for who you wish he might be. And not with pity or fear or something else in your eyes. But with full knowledge as a human being that he is you. He is part of the unbroken chain of humanity, in all its imperfections, in all its heartache, struggle, pain, joy, and love. He is what humbles us, because he reminds us, with every breath he takes in this world, that we are all—EACH AND EVERYONE ONE OF US—broken. Each of us is a cracked vessel. Some of us have yet to discover or acknowledge that. Some of us have led charmed lives, striding from success to success, from victory to celebration. But each of us, as a neurologist told my husband and me nearly 20 years ago, talks to ourselves. Some of us just do it out loud.

I have seen fear, confusion, perhaps even pity, in the eyes of some who have looked at my son. And because I go through the world with my eyes wide open, I see more of that than I wish I did. Sometimes, it pains me. Other times, it infuriates me. But each time, I am left thinking that others who judge my son—with their eyes, with their words, with their actions—diminish their own humanity. And miss a chance to fully embrace what it means to be created in God’s image. I would go further even, and suggest that God needs to be remade in the image of the Noahs of this world. We need to flip the dynamic, invert the relationship, shatter the mirror. We don’t need God, or not in the ways we have often been taught we do. We don’t need to be commanded by a merciful/vengeful/forgiving/punishing abstract deity to do or not do any number of things. We simply need to consider, day in and day out, what it means to live in a world with so much brokenness in it, with so many whose faces we choose not to see, and whose voices we cannot hear, but whom we must see and to whom we must listen, because they in fact complete us. They bring their shards of brokenness to our lives and give us the chance to piece together a kind of perfect imperfection that is the fullest embodiment of what it means to be human.

God can see my son, because God can, we are meant to believe, see everything and everyone. But if you cannot see my son, why does that even matter? What is the point of creation if it teaches us to turn our faces away from those among us, to look toward heaven for inspiration, when the greatest opportunity for transformation, for honoring what God has put into motion, is right in front of us. Perhaps the ultimate lesson of what God’s role in the world can and should be is seen in the fact that those who have known Noah from birth, and those who have gotten to know him since then, have turned their faces toward him and embraced him. And in doing so, repaired some of their own brokenness.