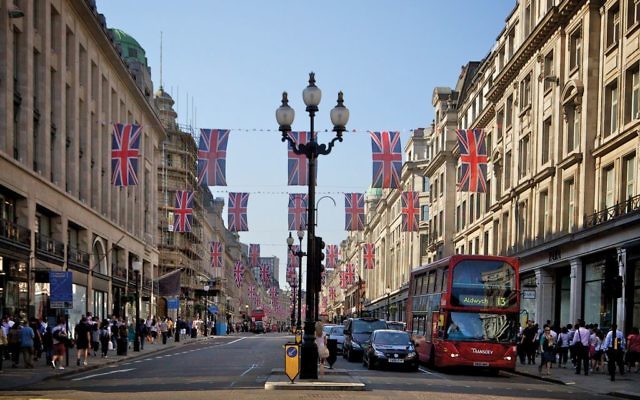 Shoppers along Regent Street in London: A number of factors are converging this summer to make Europe a prime destination. Wikimedia Commons

While travel bargain hunters should generally book vacations well in advance, procrastinators can still find plenty of tempting deals for summer 2017. For a variety of reasons, many of those deals are in Europe, where a confluence of events has resulted in lower-than-usual prices from Lisbon to Lviv.

Factor one: the weak euro and pound. It’s payback time for that painful decade of watching our American dollars deteriorate into a handful of euro coins, and mentally calculating a 50 percent surcharge on any Continental price tag (worth noting: Even some non-euro currencies, such as the Bulgarian lev, are pegged to the euro).

I can’t pretend to understand the nuances of currency fluctuation — the surging euro seemed intuitively weird in austerity-racked Europe — but since President Trump has made noises about weakening the U.S. dollar to boost our exports, bargain hunters should head overseas while our money buys that extra hotel star.

Since last year’s Brexit vote, the British pound is down by nearly 15 percent from its previous value, hovering under $1.30 in recent months. This is bad news for Britons, but very good news for Americans eager to enjoy a destination whose conveniences (similar language; a relatively inexpensive, short, often nonstop flight) have historically come with a hefty price tag.

Britain will probably never be a bargain compared to most countries — you did better in Madrid with a weak dollar than in post-Brexit London — but between this summer’s cheap airfares, London’s plethora of free museums and the favorable exchange rate, an English escape looks more enticing than ever. For June and even July weekends, I turned up roundtrip fares between New York and London for under $700 on multiple carriers.

Overall, airfares to Europe are less expensive this summer than in recent years; with a little flexibility, you can keep fares well under $1,000 to major destinations. Aggressive price competition among European airlines is one reason, with upstart discounters like Norwegian and Iceland’s WOW Air advertising some crazy-low prices.

Many of the best deals are for extremely flexible travelers, since they’re restricted to just a few days and routes. One example: I found a roundtrip flight in September between Boston and Reykjavik on WOW Air that came to $259, all taxes and fees included.

All right, Reykjavik is not all the way “overseas” — but I’ve taken more expensive Amtrak rides. And those Scandinavian upstarts can also fly you all the way to London, Paris, Copenhagen and other European destinations, usually for well under $1,000.

Flipping through the Norwegian website last week, I counted 89 European roundtrip flights from New York City to European destinations ranging from Shannon, Ireland, to Sardinia, Italy. The lowest-fare chart shows dozens of June itineraries for under $500, sometimes under $300, including taxes and fees.

Sound tempting? Once again, you need to be flexible with dates, times and annoyances like lengthy layovers. Collectively, those factors are enough to send me (and my toddler) running back to the legacy carriers for sanity’s sake — but it’s nice to know that if I need to get across the Atlantic in high season, there are three-figure options to do so, which hasn’t often been the case.

Another reason for the bargains, of course, is a spate of high-profile terrorist incidents that has scared off North Americans from Europe — especially Paris. When I spoke to several tour industry veterans, they all mentioned strong demand for Iberia (which is perceived as safer, not having withstood any recent attacks) and Iceland, which has been white hot for several years and shows no signs of cooling, except for the glaciers.

My take: While Iceland has more airfare deals, there are plenty more bargains on the Continent in countries with fewer crowds, better weather and more culture to explore. Paris, in particular, has terrific prices on hotels this summer in an effort to woo back nervous tourists.

Having lived on and off in Spain for years, I also don’t personally put any stock in the perception that Iberia is somehow safer. Terrorism is a modern reality in big cities everywhere, and the odds of being targeted are, comfortingly, still long anywhere.

That said, my top European getaway this year is Portugal. It remains among the cheapest countries in Europe, even more so with a weak euro; July flights can be had for around $700; its picturesque cities are not overrun with tourists; and its weather is usually lovely.

Perhaps most compellingly, 2017 brings the opening of several Jewish museums, heritage centers and kosher restaurants across Portugal … more of which I’ll cover in an upcoming column.