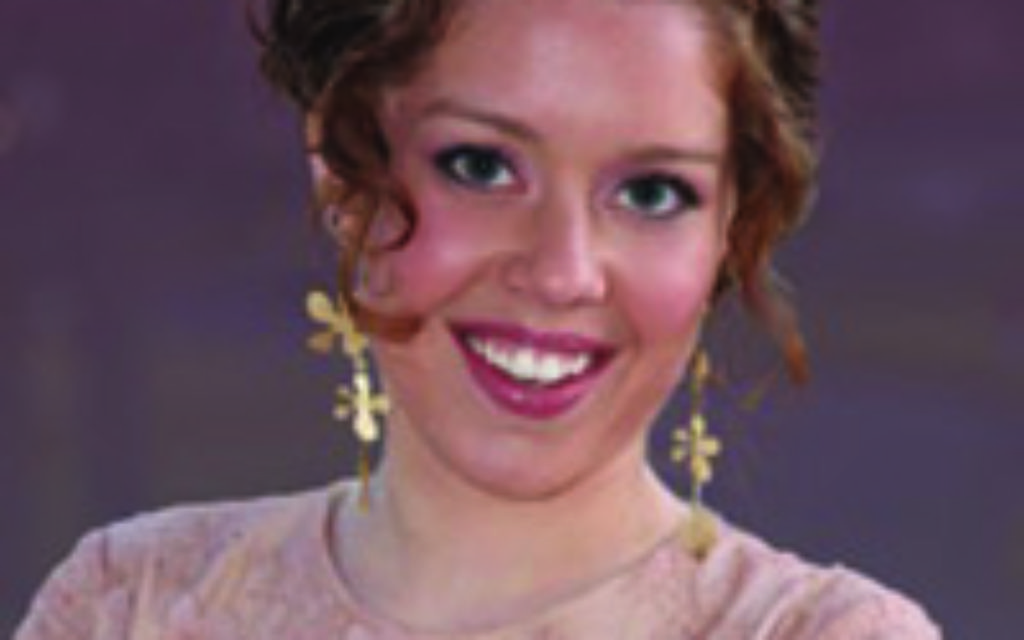 As an Orthodox Jew, I grew up with the knowledge that some things were spoken of and other things … not so much. This policy never bothered me. The high school I attended was fairly right wing religiously, and we were taught the values of modesty of conduct and of speech, and respect for authority. As someone who came from a more Modern Orthodox background, I challenged the system in my own independent way.

My friends can tell you that on the day I attended the school to see if it was for me, I spent one class arguing with the teacher about whether being friends with boys was OK. But I didn’t feel the need to break the system down for others.

After two years of post-high school religious study in Israel and a year at Stern College [Yeshiva University’s college for women], I started to grow frustrated with the way things were being silenced. Topics such as sex, drinking, drugs, loss of belief in God or loss of trust in organized religion. These were all issues that I saw in my community, which happened to be the Yeshiva University community. But instead of addressing the issues, people were actively trying to suppress them.

There is certainly some wisdom to the decision to “keep things in the home.” If we’re going to deal with a problem in the Jewish community, we should keep it among Jews. That makes sense. But what happens when no one is addressing these issues? What happens when leaders are ignoring it, or ignorant of it, because no one will talk about it? And, most importantly, what happens when there are people who desperately need to discuss an issue, but there’s no one to turn to?

This is a problem, I fear, with the system. We pretend the problems are not there, but they are. I see them happening around me. They apply to a minority, to be sure, but young single women and men are having premarital sex. People are using alcohol and drugs unsafely and unwisely, and sometimes to dangerous extents. Students are realizing how the system is failing them, and for some it leads to frustration with Orthodoxy, while others lose faith in God altogether.

We’re college students; we’re not stupid and we’re not blind, and we need to talk about what’s going on in our lives. Even if we’re not personally dealing with these issues, we have friends and classmates who are. We’re exposed to the world around us, as Modern Orthodoxy encourages, and that includes the bad with the good. When we feel that the desire to have sex is stronger than the Jewish principles that dissuade it, who can we ask for advice? The rabbis, we feel, will judge us or won’t understand. So we turn to each other and depend on one another.

Here’s where The Beacon comes in. Launched 11 months ago for, and edited by, both Yeshiva College men and Stern College women, the online publication was intended to be where YU undergraduates would feel comfortable voicing their thoughts, opinions and passions.

That was the founding mission of The Beacon, which came about after the editor of The Observer, the official Stern College newspaper, chose not to publish several articles, including ones on drinking on campus, sex education in Jewish high schools and a pro-Palestinian view of the Mideast conflict.

I promised my readers when we started receiving funds from YU, about two months after we began, that we would never let them censor us, and if they tried to, we would immediately drop being an official club.

In the end, it would seem, YU didn’t censor us, but some fellow students felt uncomfortable enough with a firsthand account of consensual premarital sex involving a Stern student that the Student Council felt it unjustified to continue supporting us with student funding. Nevertheless, The Beacon’s mission still stands strong: we want to give a voice to everyone, especially those who don’t have one elsewhere.

Some people were upset, but not everyone. Since this whole controversy began, I’ve been getting e-mail after e-mail from readers and former contributors writing to support The Beacon and its mission. Not everyone is ready to talk about the issues The Beacon raises, but those who are appreciate the opportunity to do so.

Most importantly, the controversy has fulfilled an important goal of The Beacon: to get the Orthodox community to open up about problems it’s facing. I know of at least one Modern Orthodox pulpit rabbi who used the article that brought on the controversy as an opportunity to speak to his community about premarital sex and how we must start an open and honest discussion about it. Another rabbi has taken the message of the article to impart to his Yeshiva College students the importance of accepting every Jew, and reminding them that there is always the opportunity to do teshuva (seek forgiveness) for a mistake. And in a Facebook message from a former YU student, I was told that the Chabad community of Crown Heights has begun “to have a real conversation about whether not talking about something makes it not exist, and whether free speech is really a Jewish value, and other really important questions.”

If The Beacon and the article in question had this impact, it will have accomplished an enormous amount. Not everyone wants to recognize the problems faced by our community. But the tremendous display of support of readers has shown me that some of us are ready to start talking, and others are ready to listen.

Simi Lampert, a student at Stern College for Women, is founding co- editor of The Beacon, an online publication for students at Yeshiva University.

Editor’s Note: An anonymous essay posted by a Stern College student in The Beacon, a Yeshiva University online publication, about her tryst in a hotel with a Yeshiva College student stirred controversy last week. At issue were freedom of the press, behavior in the Modern Orthodox community and airing controversial issues in public. In the end, The Beacon chose to forego Student Council funding rather than take down the article. We asked editor Simi Lampert to explain her decision.