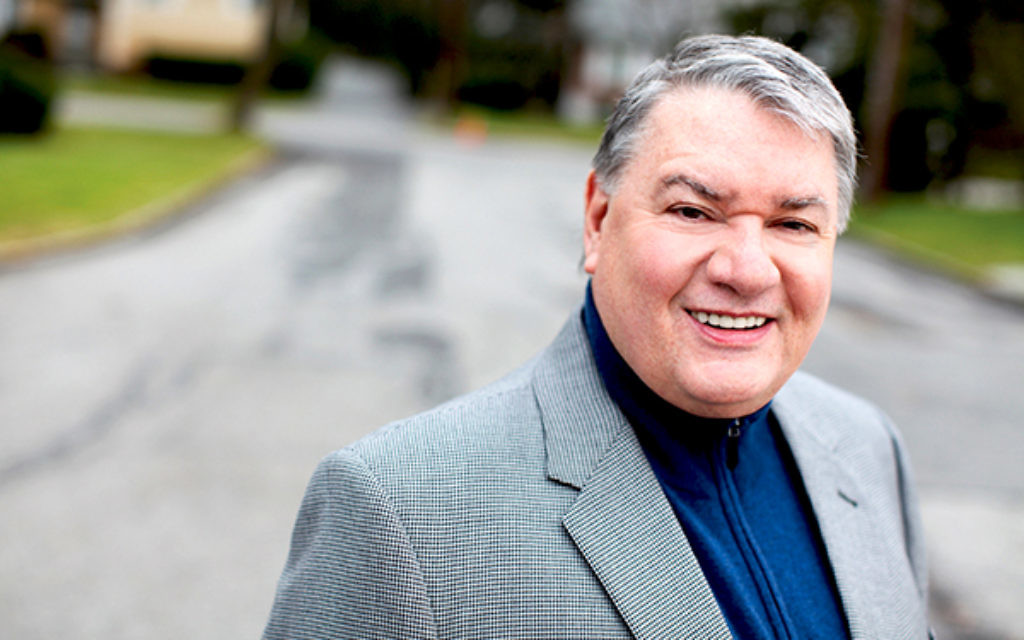 He’s like a Mississippi bluesman trying to keep alive the authentic Delta sound for a new generation.

Jack Mendelson, 69, one of the most celebrated cantors of his generation, has a true pedigree in hazonos, the musical tradition of Ashkenazi Jewish worship exemplified by the great voices of the “golden age” cantorate. As a boy, he sang in the children’s choir of the legendary Cantor Moshe Koussevitzky. Whether Mendelson is on the bima or not — he retired recently after nearly three decades at Temple Israel of White Plains — he feels a responsibility to keep that endangered tradition alive.

So this fall he offers two small but powerful contributions to its survival.

One of those offerings is “Yonteff!” a new two-CD set of traditional High Holy Day music in an infrequently heard setting. (Available from cdbaby.com, iTunes and amazon.com.)

Mendelson explains, “We have the sound of davening on that record. We’ve got the ‘bumble bees!’”

What Mendelson refers to is the strong undertone of harmonizing from actual congregants, underpinning the cantor and soloists like a continuo figure in Baroque music or a sitar drone in an Indian raga. That sound, as he notes, isn’t heard much in synagogues anymore and almost never on a recording.

“We ended up sounding a bit like a recording from the 1970s, where you can hear the responses from the congregation,” he adds. “Unfortunately, that [sound] just isn’t there anymore.”

To capture the experience of the Days of Awe, Mendelson brought together not only an exceptional generation-spanning ensemble of soloists but also took the trouble to include “about 40 or 50” members of his old congregation. It made matters a little complicated for recording engineer Ted Spencer, but the result is a throwback to a time when Jewish liturgical music had more gravitas, a time that Mendelson would dearly love to bring back.

“It’s about hidur mitzvah, beautifying the mitzvah,” he says. “When you serve a challah, you don’t cover it with a paper napkin, you use an embroidered challah cover. The ark should have beautiful curtains and fine wood. You don’t make Kiddush with a paper cup. But the music…”

He shakes his head emphatically, adding, “An informed laity, which we used to have, wouldn’t have let this happen.”

Don’t misunderstand, Mendelson appreciates a good piece of songwriting. In fact, he appreciates good tune-smithing enough that his other project is a one-man musical show, “The Cantor’s Couch,” with original music by Jonathan Comisar, one of the veritable army of his former students (Nov. 22, Hollis Hills Jewish Center in Queens, hollishillsjc.org).

But at the heart of the show are Mendelson’s lavish gifts as a storyteller. The evening opens with him teaching the audience how to serve as his “bumble bees,” making them an active part of the performance. Then he leans back and says (to an invisible therapist), “Did I ever tell you about my bar mitzvah?”

Of course, the road to that milestone in young Jackie’s life is — theatrically speaking — a meandering one, as one tale spins into another and Mendelsohn introduces us to his large (and larger-than-life) mishpocheh, a cheerfully neurotic Jewish brood that includes not only actual relatives and family friends but also the occasional musical legend like Koussevitzky. And always stories.

“It’s the perfect vehicle for me,” Mendelson confesses. “I’ve always had the urge to tell all, and to tell it to everybody.”

But that urge also keeps carrying him back to his musical mission, and one of the central musical moments in the show comes when he recounts a dream in which he and Koussevitzky lament the impending demise of hazonos.

Mendelson sighs and laughs, then says, “It’s my quixotic quest, to keep this music alive. I’m still out there, swinging.”