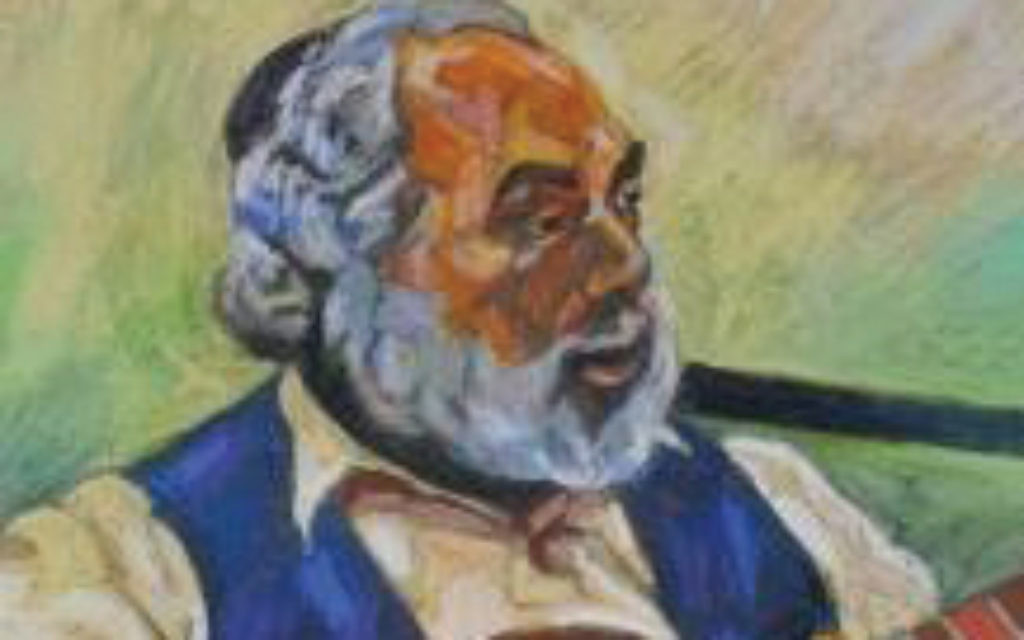 There has been a huge outpouring of material about the life and music of Rabbi Shlomo Carlebach since his death 19 years ago at the age of 69. There have been memoirs, articles, hagiographies, photo collections, magazines, records, tapes and hundreds of Youtube entries. There even was a Broadway show, “Soul Doctor,” which ran for nearly 100 performances until it closed last month.

Now comes a comprehensive biography of the great man, called, simply, “Rabbi Shlomo Carlebach: Life, Mission and Legacy.” It was written by Natan Ophir and published by Urim Publications. It runs over 500 pages with footnotes, timelines and a discography that includes all the songs Carlebach recorded. Little about him seemed to escape the author’s eye: There are lists of all the people he ordained as rabbis and accounts of hundreds of weddings he performed and concerts he gave.

For those who were first introduced to Carlebach through “Soul Doctor,” as well as for those who grew up with Carlebach and his music, there is much in Ophir’s volume to explore and enjoy. It is also a good way to fact check the play.

Did he really have a romance with the African-American singer Nina Simone? There’s no evidence of that in the book, although it does document that Carlebach and Simone met at a bar in Atlantic City, N.J., and struck up a musical friendship. Simone recorded “Sinner Man,” in 1962, a song Carlebach often sang in performance.

Did Carlebach perform with John Denver and Bob Dylan, as suggested in the play? Again, no evidence here, although there is clear proof (in the form of concert posters reprinted in the book) that Carlebach played on a bill with the Jefferson Airplane and Pete Seeger.

Ophir does not shy away from criticism of Carlebach and recounts the allegations in a 1998 article in Lilith that he took sexual and emotional advantage of women. Ophir said that he followed up by interviewing 10 of the women mentioned in the Lilith article in an attempt “to determine the veracity” of their accounts. “Eventually,” he writes, “I decided to leave room for other writers to undertake the challenging tasks of judge or jury,” although he does caution that it questionable to “assail a person not alive to defend himself.”

In a Skype interview, Ophir, who moved to Israel in 1974 after graduating Yeshiva University, insisted that he was not a Carlebach chasid, although he shared that his son had a Carlebach band. And his grandson, Hod Shlomo, was named for Carlebach. In the interest of full disclosure, I am a Carlebach fan myself, have written extensively about him and I was interviewed by Ophir for his book. It was hard to be involved in Jewish life in the second half of the 20th century and not have been touched (and hugged) by Carlebach.

Ophir said that even 19 years after Carlebach’s death, it is still too early to assess the man’s true influence. “It’s almost like living right after the time of the Baal Shem Tov,” he said, speaking of the late 1700s. “You know there is going to be a movement called Hasidut, but you don’t know what it’s going to be.” According to a 2004 survey quoted in Ophir’s book, there were 114 Carlebach minyanim or prayer groups. Today, he said, the number is much higher.

“Reb Shlomo gives you an opportunity to enter Judaism through a story or a song,” he continued. And then he went on to compare Carlebach to another chasidic master. Like Rabbi Nachman of Breslov, he said, Carlebach left no clear successor. “But he has something that Rav Nachman didn’t have — these thousands of accessible recordings.”

Carlebach was unique, Ophir said, in that he was an Orthodox rabbi who was able to “move across the borders,” between the denominations of Judaism and beyond the faith, to spiritual leaders from Christianity, Sufism and Buddhism. It is hard to name a Jewish leader today with that kind of reach, and Carlebach remains popular across the Jewish denominations.

The Broadway play demonstrated that he even had appeal beyond the Jewish community. Danny Wise, the director of “Soul Doctor,” said that Carlebach’s legacy continues to grow. “Broadway is the world stage,” he told me over breakfast at a diner on the Upper West Side. “Now Shlomo will forever be part of American culture.”

“Soul Doctor” had sex, drugs and rock and roll, but also had black hats, tzitzit, yarmulkes, Yiddish and volumes of the Talmud. Charles Isherwood of The New York Times wrote in his review in August: “I think I can guarantee that the months to come will bring no odder musical than ‘Soul Doctor.’”

Indeed the show was such a strange brew because Carlebach himself was such a mixture of American hippie culture and European Orthodoxy. He was comfortable in both Haight-Ashbury, where he established the House of Love and Prayer, and the chasidic dynasties of New York and Israel.

Wise is proud that the play ran as long as it did — “we made our mark as a Broadway musical” — and added that he still hopes to take the show on tour and complete a cast album. Perhaps, he mused, he will someday bring it back, either on or off Broadway. Wise described being in the hallway of the theater and hearing the applause and laughter of the audience echo through the building. “That made it all worthwhile,” he said. “I feel very satisfied and grateful that I could be involved in a project that was close to my heart, that touched so many people and that was important to the world.”