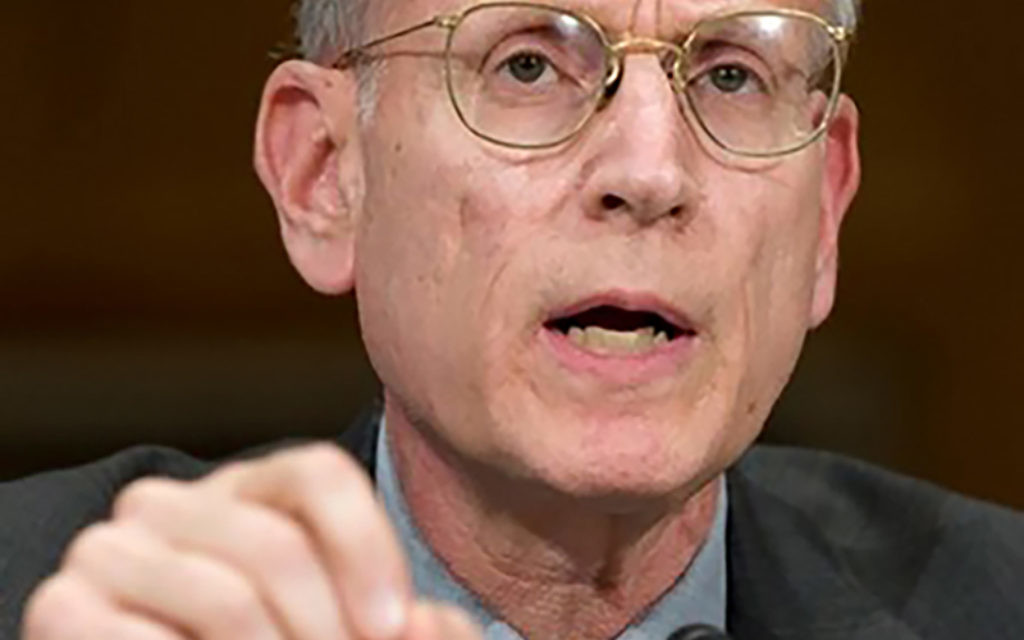 Confronted with growing evidence that elderly Holocaust survivors here are requiring more and more hours of homecare, the German government has for the first time agreed to provide most of them with the care they need. Until now, there had been a cap of 25 hours a week.

“This is a huge achievement,” said Stuart Kaplan, CEO of the New York-based Selfhelp Community Services, the largest provider of services to Holocaust survivors in the U.S. “We have 500 to 600 people receiving homecare, which is 12 to 15 percent of our [survivor] population.”

The Conference on Jewish Material Claims Against Germany announced the agreement. Greg Schneider, its executive vice president, said it took eight months of talks with German officials to nail down the change. He said it must now be presented to the German parliament for its approval.

For the change to be possible, Germany has agreed to increase its funding of homecare, which some 67,000 survivors worldwide now receive. It provides for approximately $500 million in additional funding over previous levels for the coming two years, including an increase of $111 million for 2017 and a total of nearly $388 million for 2018.

“We commend the government of Germany for recognizing its continuing obligation to victims of the Holocaust, more than 70 years after liberation,” said former Ambassador Stuart Eizenstat, who headed the Claims Conference’s negotiating team.

“We have worked exhaustively to arrive at this agreement with the German government. Holocaust survivors, now in their final years, should know of our total commitment to trying to ensure they live in dignity, with the help they need.”

The agreement comes just weeks after the U.S. House of Representatives unanimously adopted June 7 a resolution calling upon Germany to “meet all the needs of survivors” once and for all.

The bill was co-sponsored by Florida Reps. Ted Deutch and Ileana Ros-Lehtinen.

“No amount of money can ever fully compensate Holocaust survivors for their immense and overwhelming suffering,” Deutch said after the homecare announcement. “For years, arbitrary caps on home care have kept survivors from getting the care they need. By removing these caps, thousands of survivors will receive the care necessary to be able to age with dignity in their homes. The dramatic increase in funding will make a genuine difference in the lives of many men and women suffering with serious health needs due to their treatment at the hands of the Nazis.”

Schneider said the agreement calls for the lifting of caps on the number of hours of homecare beginning next January for survivors who spent time in a concentration camp, ghetto or in hiding. For those who fled the Nazis or suffered any other persecution, the cap on homecare will increase from 25 hours to 40 hours per week.

“The older you are, the more likely you will need homecare,” Schneider said. “Russian flight cases are younger and likely to need less homecare.”

Homecare assists survivors with the activities of daily living, such as bathing, dressing, cooking, help taking medication and toileting, so they may remain living in their own homes.

Schneider estimated that about 85 percent of those who now receive homecare in the U.S. require additional hours of care.

Kaplan, who noted that 80 percent of his $12 million program for survivors is funded by the Claims Conference, said that currently many survivors get extra homecare from family members, some of whom quit their jobs to become the caregiver.

Schneider added that often the caregiver is the spouse.

“You have one person who is just making it — she herself is in her 80s and needs help, but she ends up being the caregiver for a spouse who is disabled,” he said. “We cannot live with that anymore. We must be there for them.”

The cap for survivors who live in the former Soviet Union and former Warsaw Pact countries will also be lifted because Schneider said those areas lack the necessary infrastructure to provide for survivors in need.

Leo Rechter of Queens who is president of the National Association of Jewish Holocaust Survivors, said the change is “very welcome.”

“A lot of people find it very difficult to get around and have very little help,” he said. “I know of one couple that is paying out of their own pocket for someone to help them at night. There are other people — not many — who are practically paralyzed and could use homecare around the clock. This change is a tremendous improvement.”

But David Schaecter, president of the Holocaust Survivors Foundation USA, said the agreement is “shockingly inadequate” because it fails to lift the cap on other services — including comprehensive medical care, dental care, prescriptions and hearing aids.

“The existing cap for all services is causing massive harm to survivors everywhere,” he said, adding that they cost each survivor about $300 to $400 a month. “The years of malnutrition, slave labor, repeated beatings, death marches, and other tortures by the German Nazi regime have caused a terrible toll which has caught up with survivors as we age. … This is why the resolutions of the U.S. Congress are so important — calling for full funding for all medical, emergency, mental health, as well as long-term care needs.”

A spokesperson for Schneider said that although the “main thrust of the negotiations was homecare, the Claims Conference did push for increased funding for all services.” She noted that the cap in the U.S. for emergency assistance — such as hearing aids and heating costs — is $2,500 per survivor to ensure that all those who need help get it.

Asked his reaction to Germany’s decision to increase homecare funding alone, Deutch said in a statement: “Let's remember that we are running out of time to get survivors the care they desperately need. My colleagues and I in Congress will continue working until all survivors’ needs are met in full."

A spokesman for Deutch added that the unanimous House resolution was a “clear statement from the House to ensure that Germany provide sufficiently for survivors’ needs. A unanimous vote is an important symbol and does not happen frequently. It is an important sign that they will continue to work until the needs of all survivors are met.”

The Claims Conference provides additional services to a total of 121,000 survivors worldwide and works with 240 organizations helping Holocaust victims in 46 countries.

Germany insisted also that it would help only the most needy survivors and declined to liberalize or end means testing to determine a survivor’s eligibility for German assistance. According to Germany’s requirement, a survivor’s income (from work or investment income) cannot be more than $25,000 a year, not including a pension, German restitution or Social Security payments. And the survivor’s assets cannot be greater than $500,000, excluding the value of his or her primary residence.

Such a rule has offended many survivors. Louise Lawrence-Israels, a survivor and coordinator of the 70-member Jewish Holocaust Survivors and Friends of Greater Washington, told The Jewish Week recently: “Survivors are being penalized for being careful with their money. If Germany gives money for survivors, the survivors should get it whether they have $100,000 in the bank or $10. Survivors have saved their money so that should they have to go to a nursing home they can go to the Hebrew Home of Greater Washington and not a state-run home.”

Rechter, the Queens survivor, has called it “offensive and fundamentally in conflict with Germany’s moral responsibility for the injuries inflicted by the Nazi German regime. No survivor should have to become indigent again to be eligible.”

But Germany agreed to lift the cap on homecare only, increasing its contribution to professional caregiver costs over the next three years to cover the cost of an anticipated increase in needed homecare hours, the number of survivors requiring homecare and an increase in the cost of living, according to Schneider.

In addition to funding from the German government, the Claims Conference pays for social services for Holocaust victims with the proceeds from recovered Jewish properties in the former East Germany, as well as a grant from the Harry and Jeanette Weinberg Foundation, the Austrian government and the Swiss banks settlement.

In total, the Claims Conference will provide $415 million for social services for Holocaust survivors in 2016. In addition, the organization estimates it will distribute approximately $420 million in direct payments (pensions and one-time payments) to approximately 80,000 Holocaust victims worldwide from its four compensation programs this year.