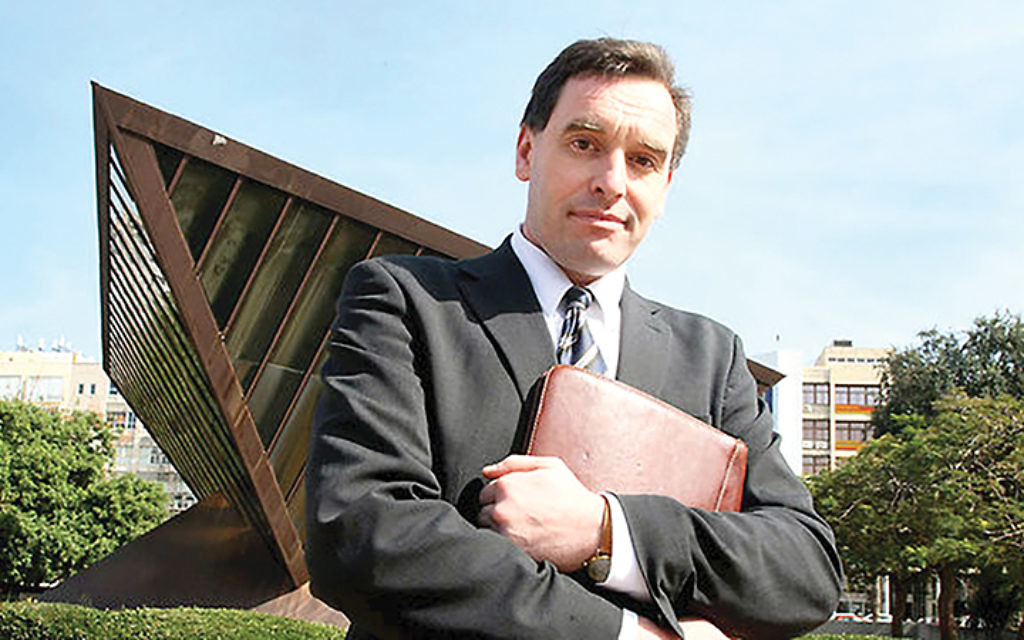 THIS STORY HAS BEEN UPDATED

Hero to Holocaust survivors or a judge overstepping his bounds and meddling in politics?

A German judge could lose his job at a disciplinary hearing Tuesday for going out of his way to help Holocaust survivors receive the monthly German pensions they deserve.

Holocaust survivors and their supporters are so outraged that they sent a letter last Friday to the minister-president of North Rhine-Westphalia, imploring her to intercede on behalf of Judge Jan-Robert von Renesse “to avert further harm.” Some 14 Jewish leaders and Jewish and Holocaust organizations signed it, including the American Jewish Committee and the American Gathering of Jewish Holocaust Survivors.

“In the Jewish world — particularly in Israel — Judge von Renesse enjoys great appreciation and esteem,” the letter said. “At a time when nearly 95 percent of [social security] applicants were turned down and many appealed to the social court, Judge von Renesse traveled to Israel and listened in person to former ghetto workers in order to allow their descriptions to be included in the decision-making process. This approach was groundbreaking and unbureaucratic and Holocaust survivors acknowledged this with much gratitude.”

As a result of his efforts, Germany changed the law and allowed survivors to be eligible for pensions if they voluntarily worked while confined to ghettos. Von Renesse had flown to Israel eight times in 2007 and 2008 to interview with more than 120 survivors and receive more than 500 historical expert opinions about conditions in the ghettos. His findings led the state social court in Kassel in 2009 to change the rules and permit pensions for ghetto workers who had received a piece of bread or a bowl of soup as “payment” for their labor.

Until then, about 95 percent of 70,000 pension applications had been rejected. With the rule change, all rejected applications were reviewed and today, 60,000 have been approved. In addition, at von Renesse’s urging, German lawmakers in 2012 changed the rules to make the pension payments retroactive to 1997. A typical monthly pension is between 200 and 300 Euros (a Euro today is worth about $1.11).

His petition to the lawmakers angered his superiors, who claimed his lobbying actions were inappropriate because of his status as a judge. They then filed disciplinary charges against him that are to be heard next week.

But Tuesday morning it was announced that the hearing had been canceled because the judge had reached an agreement with the German Ministry of Justice. Details of the agreement were not released.

Julius Berman, president of the Conference on Jewish Claims Against Germany, said that should Germany go ahead with this disciplinary hearing, it would be “setting a horrible precedent to punish a public servant who is pursuing justice.”

“There is no argument that what he found out was true,” Berman told The Jewish Week. “After 70-80 years, it is unbelievable that they should punish someone for doing what was necessary to put the facts in the record and have a ruling based up on the truth.”

Colette Avital, chair of the Center of Organizations of Holocaust Survivors in Israel, said in a letter to a German Jewish leader: “We cannot accept that a kind, decent, honest and conscientious man should lose his job because he helped our people.”