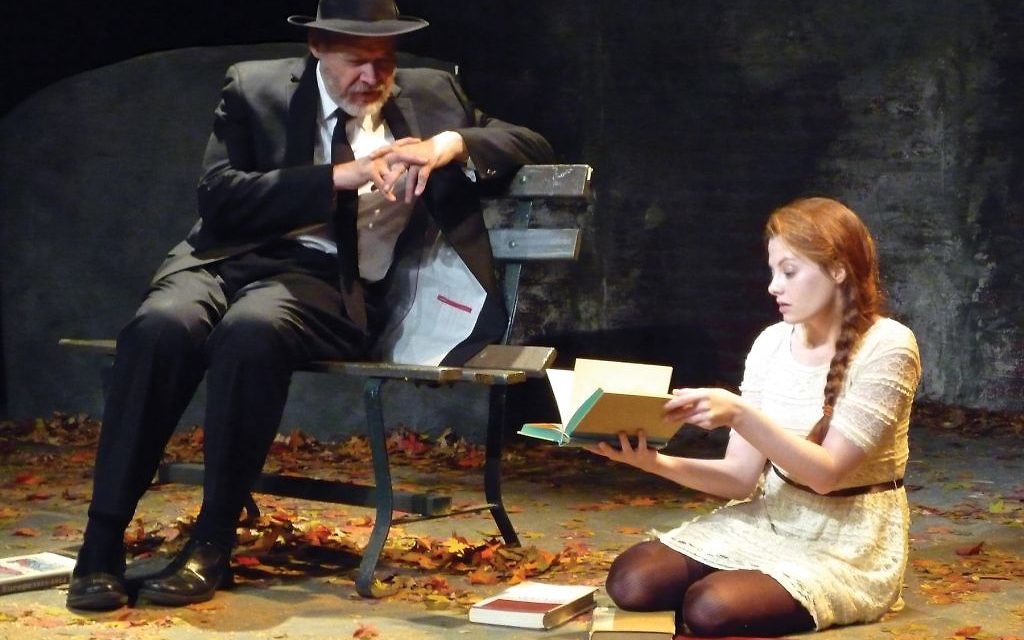 Last week’s gripping new PBS documentary, “The Last Laugh,” which premiered on Yom HaShoah, wrestled with provocative questions about the limits of Holocaust humor. While George Tabori was not mentioned in the film, no one took on these questions as brazenly or consistently as the Hungarian-born Jewish playwright George Tabori, who died in 2007, worked in New York and Hollywood before moving to Germany in the 1980s and establishing a worldwide reputation as one of the greatest — and funniest — writers of his generation. Two of his best-known Holocaust plays from that period, “Mein Kampf” and “Jubilee,” kick off performances in New York this week. “Two by Tabori” runs at the Theater for the New City in the East Village.

Born in Budapest in 1914, Tabori was living in Berlin in the 1930s. He escaped the Nazis by fleeing to London, where he found work as a broadcaster for the BBC; this attracted the Nazis’ attention to Tabori’s father, Cornelius, who was ultimately sent to Auschwitz. After stints as a wartime correspondent in Jerusalem and Cairo, Tabori returned to London, where a literary agent for MGM enticed him to become a screenwriter in Hollywood, penning screenplays for Alfred Hitchcock and Joseph Losey. 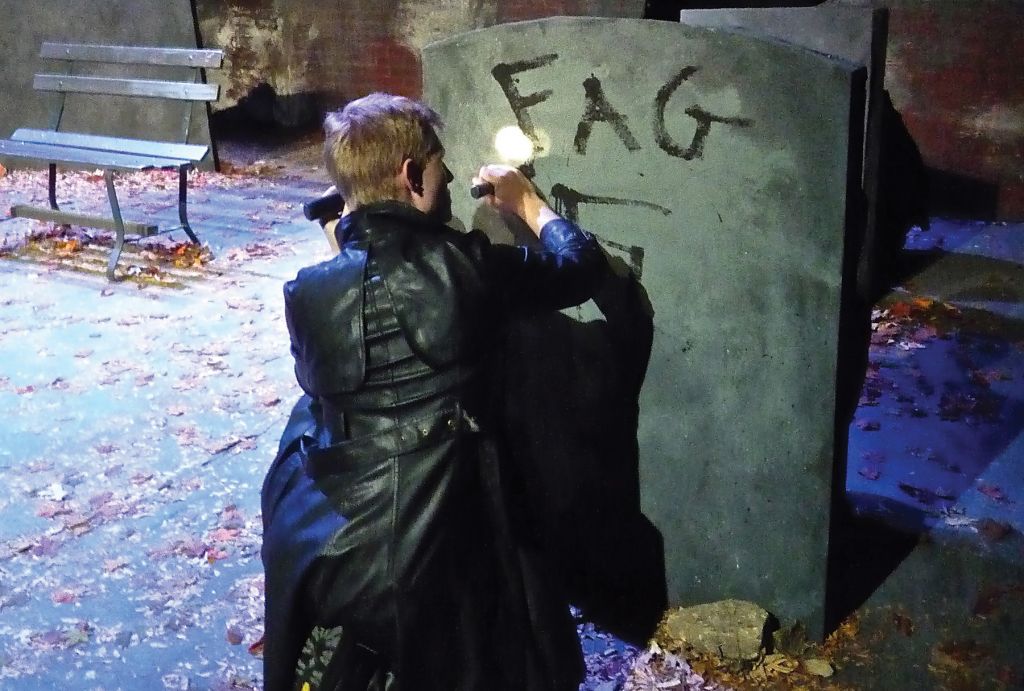 Tabori’s first play, “Flight into Egypt,” (about a Viennese non-Jew who is sent to Buchenwald for hiding his family’s Jewish maid), directed by Elia Kazan, was produced on Broadway in 1952. But it was his innovative adaptations of the works of Bertolt Brecht (including the 1961 production, “Brecht on Brecht,” featuring Tabori’s then-wife, the Swedish stage and film star Viveca Lindfors), along with the success in Berlin of Tabori’s own play, “Cannibals” (about inmates in Auschwitz who decide to cook and eat a fellow prisoner in order to keep themselves alive), that led to Tabori’s moving back to Germany. He then embarked on the most productive phase of his career, which included writing both “Mein Kampf” (1987) and “Jubilee” (1983).

“Mein Kampf” is a wild, black farce filled with bizarre and incongruous elements, and Tabori’s most frequently produced play. Set in a Vienna flophouse, it centers on a young Adolf Hitler (Omri Kadim), who is preparing for an interview at the Academy of Art. He is befriended by one of his housemates, the Jewish Bible vendor and would-be author Shlomo Herzl (Jon Freda), who takes Hitler under his wing and tries to talk him into giving up painting, for which he manifestly lacks talent, and going into politics.

The plot thickens when Hitler demands to see Herzl’s purported masterpiece, “Mein Kampf,” and Herzl admits that he has not actually written it yet. Herzl’s punishment for lying is to have to watch his pet chicken, Mitzi, cut up and put into a frying pan; he recites the Mourner’s Kaddish over the chicken.

By contrast, “Jubilee,” set in a cemetery along the Rhine, is more somber. It opens with a neo-Nazi, Jurgen, defacing Jewish graves. The dead then come back to life; they include a musician named Arnold, his wife Lotte, her niece Mitzi and a pair of gay men, Helmut and Otto. The manner of their deaths (three of which take place by suicide) are revealed through a series of mostly staccato, collage-like scenes. Arnold’s father’s ghost (shades of “Hamlet”) then appears and offers challah to his son, as if the ovens of Auschwitz had been used for baking bread rather than as crematoria. 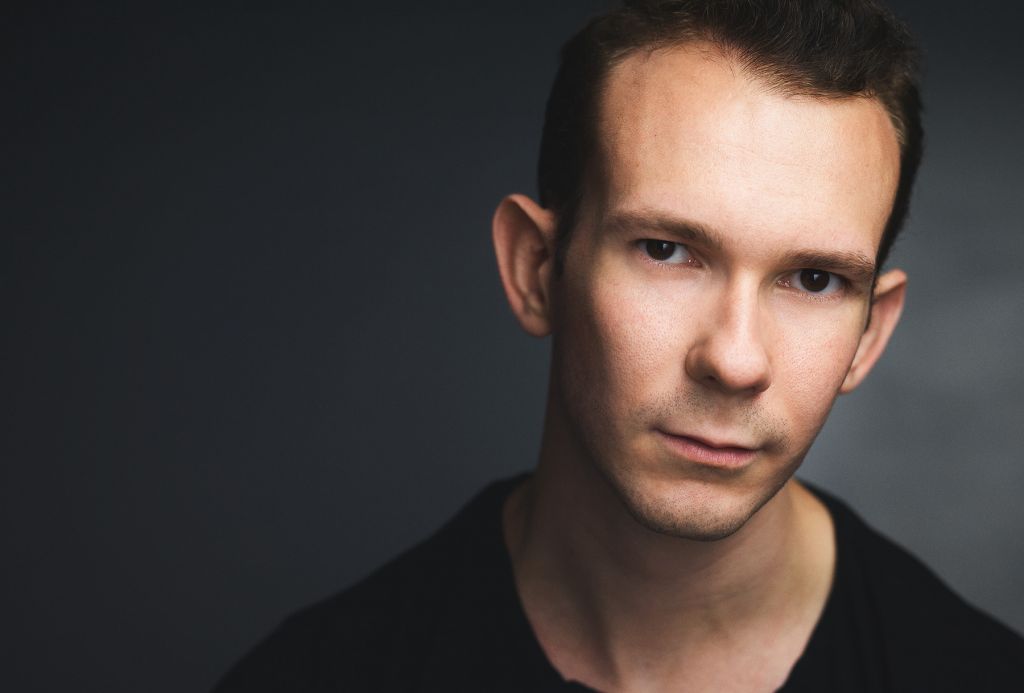 Manfred Bormann is the director of “Two by Tabori.” He helmed a prior production of “Jubilee” at Theater for the New City in 2013. In an interview, he told The Jewish Week that Tabori is “off the radar in the United States, but a true giant in Germany as both a playwright and director,” which, he said, is ironic given that Tabori wrote his plays in English. Tabori’s achievement, Bormann observed, is to “deal with these serious subjects with a mixture of irony and satire. He goes to extremes, but not to offend; rather, he wants to alert the audience to the ongoing reality of anti-Semitism.”

Stanley Walden worked for decades with Tabori, composing the music for more than 50 of his productions, including “Mein Kampf” and “Jubilee.” The pair met in 1969, when the all-nude revue “Oh, Calcutta!”, for which Walden wrote the book and lyrics (along with Peter Schickele and Robert Dennis), had just opened on Broadway; one of the actresses was dating Tabori’s son, actor Kristoffer Tabori.

Tabori, Walden recalled, “combined a European sensibility with a Jewish-American sense of humor.” When Tabori became famous in Germany, Walden noted, he eschewed confrontation — “he never pointed a finger at the German audience.” Instead, like Brecht, he wanted audience members not to sit back and relax but to question themselves and their reaction to the play — to, as Walden put it, “take home an active confrontation with themselves.” In short, Walden concluded, “We didn’t go in for standing ovations.”

Kadim, who was born in London, lived in Tel Aviv until the age of 6, and then lived in various cities all over Europe before moving to New York to attend NYU. He pointed out that he is not playing Hitler himself, but playing “Tabori’s Hitler.” He called his character a “narcissistic, self-aggrandizing mama’s boy who has never been to the big city. He’s small-town minded but also rhetorically brilliant.”

Anat Feinberg teaches Hebrew literature at the College for Jewish Studies in Heidelberg, Germany, and is the author of “Embodied Memory: The Theatre of George Tabori” (University of Iowa Press, 1999). Reached at her office at the University of Chicago, where she is a visiting professor of Israel studies this semester, Feinberg said that the brilliant, iconoclastic playwright “dared say things that no one before him could say, and he broke all the imaginable taboos.” Nowadays, though, Holocaust plays are becoming less popular in Germany, she noted; more attention is being paid these days to the plight of the refugees from Syria, relationships between Jews and non-Jewish Germans have been normalized and criticism of Israel tends to overshadow positive feelings toward European Jews.

Will these new productions of “Mein Kampf” and “Jubilee” help to jump-start a revival of interest in Tabori’s work, both in this country and abroad? Only time will tell. As comic Susie Essman reflects in a scene toward the end of the PBS documentary, “The Last Laugh,” “Is the Holocaust funny? No, there’s nothing about the Holocaust that is funny. But is there ever anything that we can’t laugh about?” n