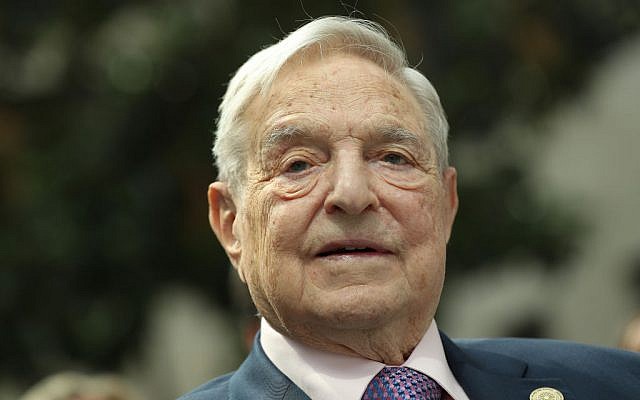 Financier and philanthropist George Soros attends the official opening of the European Roma Institute for Arts and Culture (ERIAC) at the German Foreign Ministry on June 8, 2017 in Berlin, Germany. Getty Images

Conspiracy theories seem to be the lingua franca of our troubled democracy. Always simmering in the background, the quest to identify villainous masterminds responsible for all our anxieties and ills has metastasized into the American political mainstream. And as history so grimly demonstrates, eruptions of this toxic mode of politics, so often with anti-Semitic overtones, can’t possibly be good for the Jews.

George Soros, the billionaire Jewish philanthropist and Holocaust survivor, has the dubious honor of being one of today’s favorite targets. He isn’t just a major contributor to liberal and progressive causes around the world but the latest in a long line of individuals alleged to control the banks, the media and governments, according to conspiracy theorists. These are the kind of venomous fantasies that were applied in the past to the Rothschilds.

Far-right and neo-Nazi groups falsely claim that Soros funded the migrant caravans seeking entry to this country, caused the 2008 financial crisis and served as Hillary Clinton’s puppet master. And it’s not just fringe websites and neo-Nazis who spread these claims. Last week Rep. Louie Gohmert (R-Texas) repeated a popular conspiracy theory in asserting falsely that Soros confiscated Jewish property during the Holocaust, a comment that earned him a rebuke from his Fox Business Network host. (Soros was 14 years old when the war ended; see story here.) 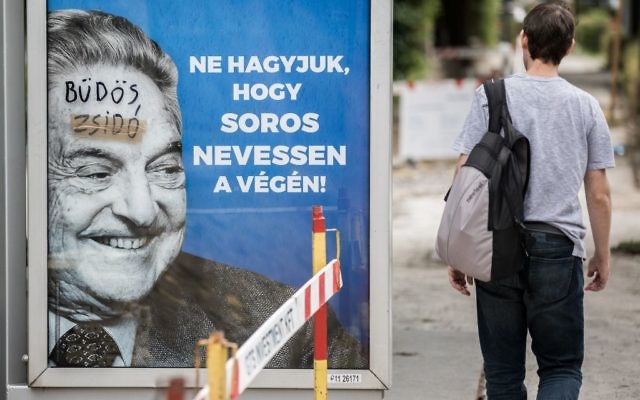 In October, President Trump joined the Soros conspiracy chorus, tweeting, again falsely, that the 88-year-old billionaire paid for the activists protesting the Supreme Court nomination of Brett Kavanaugh to “make senators look bad.” Soros conspiracy theories, echoing anti-Semitic tropes, are rampant in Europe and the Middle East. Last week, the Soros-funded Central European University was booted from Hungary by that country’s far-right government, apparently for the sin of promoting democracy in Europe.

According to the Anti-Defamation League, Soros’ philanthropy “often is recast as fodder for outsized conspiracy theories, including claims that he masterminds specific global plots or manipulates particular events to further his goals. Many of those conspiracy theories employ longstanding anti-Semitic myths, particularly the notion that rich and powerful Jews work behind the scenes, plotting to control countries and manipulate global events.”

We don’t claim to support all of the causes that benefit from Soros’ philanthropy. He has been a critic of Israeli policies and does not identify as a Zionist. But we, too, are alarmed by the spread of ugly scapegoating — with implied and sometimes overt anti-Semitic themes — into mainstream American politics and media. Our community, more than most, knows from tragic experience where this kind of pernicious politics can lead.