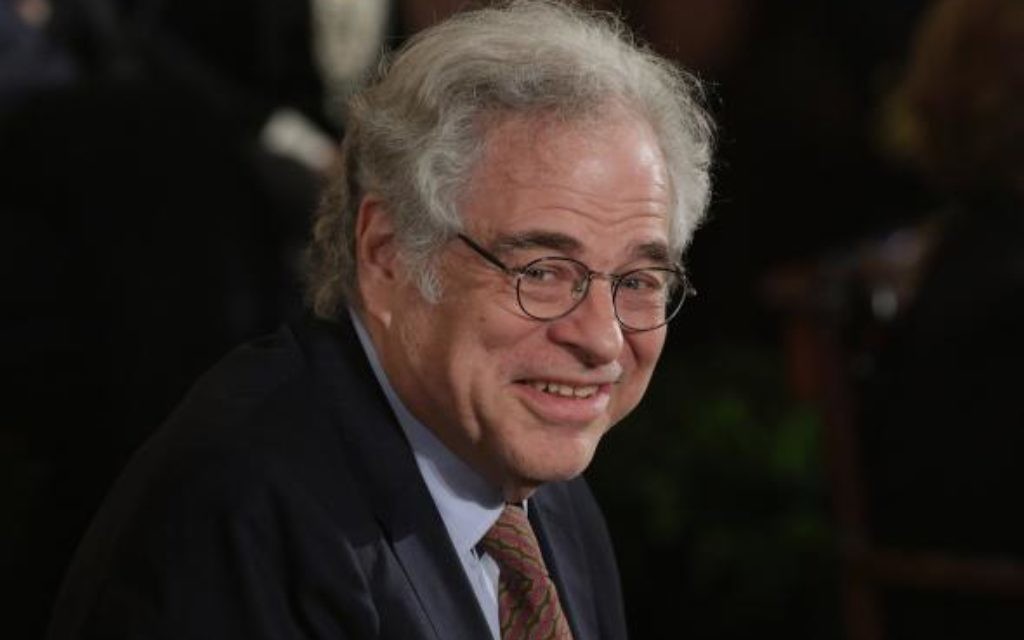 When the inaugural Genesis Prize, dubbed by Time magazine as “The Jewish Nobel,” was awarded in 2014 to one of the world’s leading philanthropists and public servants, New York Mayor Michael R. Bloomberg, I admit I was very skeptical. I remember scratching my head and thinking, “One set of super rich guys gives another super rich guy $1 million? How’s that going to help anyone?” But, I’ve been proven wrong.

Bloomberg re-gifted the money to highly worthy recipients, and upped his involvement in Jewish and pro-Israel activities. Indeed, during a time of crisis when the FAA told Americans not to fly to Israel, Bloomberg boarded a plane to Israel on El Al to great fanfare. I couldn’t have been happier.

Clearly, the Genesis Prize Foundation’s goal—to recognize individuals who have attained excellence and international renown in their chosen professional fields, and inspire others through their engagement and dedication to the Jewish community and Israel— was actually working.

The following year the Genesis Prize went to actor Michael Douglas. I was no longer skeptical, but others were. They wondered how someone who was not particularly involved in Jewish life, and who had a non-Jewish spouse, would be a positive role model. But, as someone who had watched the success with Bloomberg, and being the product of an intermarriage myself, I knew it would work out. This time those skeptics were proven wrong as well.

In fact, laureate Michael Douglas has become a true force for the inclusion of interfaith families in the Jewish community. At the 2015 Genesis Prize award ceremony, Douglas announced that a fund has been established to foster inclusion of intermarried couples and their children in the global Jewish community. In recognition of the significance of this issue within the Jewish community, the Genesis Prize Foundation announced that it would double the Prize amount for that year from $1M to $2M. The Jewish Funders Network (full disclosure; I am a longtime member of this group) then administered a matching grants program to encourage the development of new initiatives and philanthropy in this sector. The result? Twenty-eight organizations from seven countries were awarded grants. (Click here for a full list of those receiving grants).

So now there is a new laureate, the 16-time Grammy Award winning violinist, Itzhak Perlman, and I am absolutely thrilled. Perlman has been recognized numerous times for his contributions to music and humanity. Also, as a wheelchair user, he is a major role model for something that is my passion: showing the ABILITIES of people with disabilities. He never lets his disabilities limit him and he is a stigma-buster of the highest order for people with disabilities. President Barack Obama previously awarded Perlman the Presidential Medal of Freedom, and two other US presidents—Ronald Reagan and Bill Clinton—recognized him with the Medal of Liberty and the National Medal of Arts in 1986 and 2000 respectively.

Let’s start with Jews with disabilities. According to the US Census, 18.6% of Americans have a disability. There has never been a census specifically of Jews on these issues. However, we do know that there are specific Jewish genetic disorders, and that Jews marry and have children later than any other American group. Having children when you are older leads to higher rates of having children with disabilities such as Down syndrome, autism and schizophrenia. Indeed, in the event of older fathers, the rate of autism has been shown to be five times higher than with younger fathers. Medical reports also indicate that older parents can cause even their grandchildren to have a higher incidence rate of disabilities. When you combine these facts, it is quite possible that Jews have a higher percentage of disabilities in their families than in the general population.

Sadly, according to a poll that our group RespectAbility conducted of more than 2607 engaged Jews, one out of every five Jews with disabilities in the sample also reported that they have “been turned away or unable to participate in a Jewish event or activity because of the disability.” That is not surprising, as when the Americans with Disabilities Act became law close to 26 years ago, all faith-based organizations were exempted from it.

Sadly, many Jewish institutions, like institutions of other faith groups, are impossible for Mr. Perlman to enter because there is no ramp and/or the doors are too narrow. Moreover, many buildings that he could enter still do not have a single bathroom that is accessible for a wheelchair-user. Bottom line, even the most celebrated of our Jewish buildings and venues cannot host the super talented Perlman. It’s something that must change.

Part of the work of the Genesis Prize Foundation is to connect Jews to Israel. Thus, it’s important to note that the poll of engaged Jews showed that 32% of Jews with disabilities said they have never been to Israel, compared to 13% of the sample overall. An issue could be challenges in Israel in terms of accessibility for people like Perlman who use a wheelchair. Significant progress has been made in making major tourist attractions and the Kotel accessible in recent years. But there is a long way to go.

The other group that will benefit from being inspired by Perlman are Jews without disabilities. That is because the same poll showed that Jews, including young Jews, felt very strongly in favor of inclusion of Jews with disabilities. Indeed, they feel even more strongly about inclusion of people with disabilities in Jewish life than they feel about being connected to Israel, marrying Jewish or having Jewish children, although they were strong on these issues as well. Fully 89% of the Jews polled strongly agree that, “Jewish events and organizations should be as welcoming and inclusive of people with disabilities as everyone else.” An additional 9% somewhat agree with the same statement, and less than 2% disagree or are unsure. By linking the issue of inclusion of Jews with disabilities to getting people more connected to Israel and to the Jewish people, the Genesis Prize Foundation will bring many Jews back into our fold. Indeed, the intensity of agreement with this statement is noteworthy especially when compared to other statements included in the poll. The gaps in intensity were even more pronounced amongst young Jews.


Shortly after being selected as the 2016 Genesis Prize Laureate, Perlman announced that he would direct his $1 million award to philanthropic projects in the fields of music and support for individuals with disabilities. This funding is desperately needed, as inclusion of Jews with disabilities and disability rights are significantly underfunded areas of philanthropy.

Prime Minister of Israel Benjamin Netanyahu will present the 2016 Genesis Prize to the acclaimed violinist, educator and advocate for individuals with disabilities, Itzhak Perlman, on June 23rd in Jerusalem. Dame Helen Mirren, the multi-talented actress, will host the ceremony.

The Jewish community is a stronger community when it lives up to our values – when we are welcoming, diverse, moral, and respect each other. We want our children, parents, grandparents, friends and other family members with disabilities to be able to fully participate in our community. By awarding the Genesis Prize to the fully deserving Perlman, it will help ensure that everyone knows that his or her presence and participation–whether they are famous and successful like Bloomberg, Douglas, Perlman or not—is welcome and meaningful to us.

As we work to attract the unengaged to participate in the community, we know that many people with disabilities are having a challenging time gaining access to our agencies, synagogues and community. We can gain much by remembering to make our tent open to those with disabilities and their families. Thus, RespectAbility offers the following free resources to all who care about inclusion and equal opportunity.

I am grateful to the Genesis Prize Foundation for providing visibility and resources on these vital issues.

Jennifer Laszlo Mizrahi is co-founder & president of RespectAbility, a non-profit organization working to enable people with disabilities to have a better future. A person with a disability herself, who knows what it means to parent a Jewish child with multiple disabilities, she also is the co-founder/director of the Mizrahi Family Charitable Fund. You can reach her at JenniferM@RespectAbilityUSA.org.